A Morning Consult poll is being framed around how viewership for the Winter Olympics in Beijing, China, may attract fewer viewers than the Tokyo Summer Games. But a major reason for the lack of interest is buried: 40 percent of Americans said the reason they aren’t tuning in is that the Communist Chinese Party is in charge of the event.

“Forty percent of those who don’t intend to watch pointed to China hosting the Games as a reason for tuning out, including 31 percent who cited it as a ‘major’ reason,” the polling group said of its survey. “Among Republicans who said they don’t expect to watch, 56 percent pointed to China as a reason, versus 28 percent among Democrats who don’t plan to watch.”

Political affiliation also showed up in the polling even without citing the communist Chinese hosts. 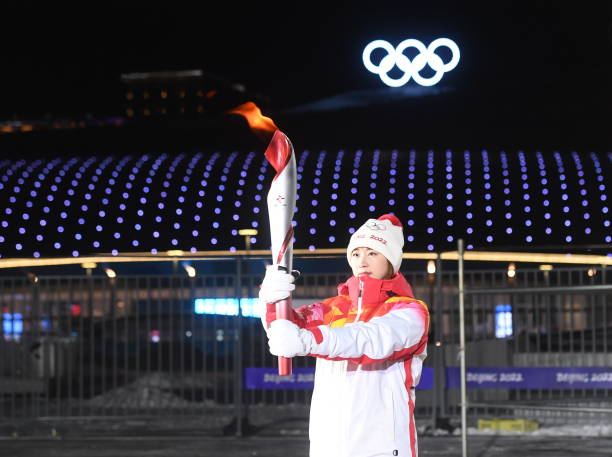 “Data collected during the Tokyo Games suggested that Democrats were significantly more likely to watch the Olympics than independents or Republicans. New data suggests the same partisan split will carry over to Beijing,” Morning Consult reported. “Fifty-seven percent of Democrats said they plan to watch at least some of the Beijing Games, compared with 40 percent of Republicans and 35 percent of independents.”

Most of the poll was focused on the overall popularity of the winter and summer Olympics — of lack thereof, including 45 percent of respondents who said they planned to watch “a lot” or “some” of the Beijing games, down from 51 percent who said in a July 2021 survey ahead of last summer’s Tokyo Games. 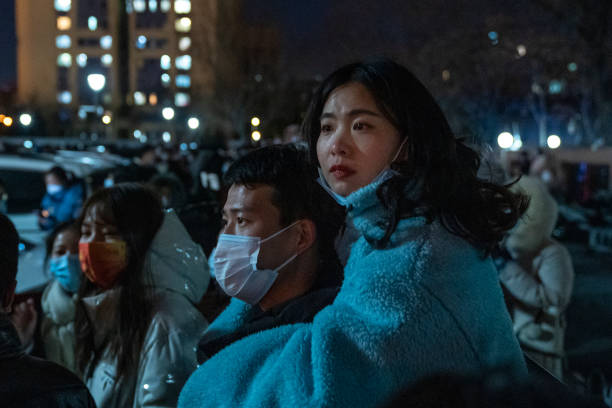 BEIJING, CHINA – FEBRUARY 04: People watch the opening ceremony of the Beijing 2022 Winter Olympics from a parking lot outside of Beijing National Stadium on February 04, 2022, in Beijing, China. (Photo by Andrea Verdelli/Getty Images)

Morning Consult weighed in on the political aspect of the games in its poll report:

Given the controversy surrounding this year’s Games being held in China despite the country’s human rights record, it’s easy to see why Olympic sponsors have been relatively quiet in the lead-up to Friday’s opening ceremony. While NBC is still treating the Olympics as a tentpole event, its marketing has been understated and is downplaying the location of the Games. Expect enthusiasm among U.S. sponsors and media to be much greater for Paris 2024, Milano Cortina 2026 and, of course, Los Angeles 2028.

The Jan. 25-27, 2022 poll took place among a representative sample of 2,210 adults in the United States, with an unweighted margin of error of plus or minus 2 percentage points.