After weeks of being plastered all over Twitter, the internet, talk radio, and cable television, many were expecting to get a glimpse of Joe Rogan doing one of his primary jobs in providing color commentary at UFC 271 on Saturday night.

Well, it’s not going to happen.

Joe Rogan has been pulled from UFC 271 a day before the event reportedly because of a “scheduling conflict.” You buy it or is this a woke ESPN request?

As the above tweet from Outkick’s Clay Travis suggests, the question now becomes, why? Why is Rogan not appearing on the broadcast?

Rogan has been embroiled in weeks of public controversy as leftists attempt to remove his podcast from Spotify after the longtime UFC color commentator had anti-mandate voices such as Dr. Peter McCullough and Dr. Robert Malone. Rogan has also been reeling after video of him using the n-word out of context was released last week. 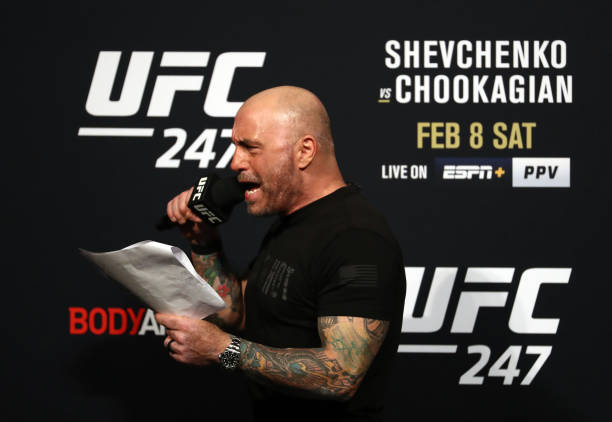 Could ESPN have ordered the “Code Red” on Rogan? Could they have demanded that he be left off the broadcast? Sure. However, while ESPN airs the UFC pay-per-view, Rogan and UFC President Dana White are longtime friends, and it’s extremely unlikely that White would consent to that request.

Though, given that Rogan relocated to Austin, Texas, and is only three hours away from UFC 271 in Houston, it is bizarre that Rogan would not be on the broadcast. Of course, there’s always the chance that Rogan, one of the busiest men in the world, does indeed have a scheduling conflict. However, for those looking for alternative theories, a likely explanation is that Rogan pulled himself from the broadcast.

Thursday’s press conference with headlining fighters Israel Adesanya and Robert Whittaker featured an impassioned speech from Adesanya in which he defended Rogan and blasted his critics. Nor was Adesanya alone; dozens of fighters, trainers, and personalities from the MMA world have rallied to Rogan’s support during cancel culture’s attempt to silence him.

"Joe Rogan is one of the nicest, coolest, humble motherf*ckers I've had the pleasure of working with."#UFC271 | Full video: https://t.co/ArYOi51nJ6 pic.twitter.com/QKAVi2L4ux

It’s entirely possible that Rogan decided he would not be able to contain his emotions throughout the evening, especially during his post-fight interviews, if he attended the event.