Michigan Wolverines coach Jim Harbaugh refused to back down after pro-abortion supporters were angered by his pro-life comments last week.

Harbaugh appeared as the keynote speaker at the July 17 Plymouth Right to Life dinner and auction at St. John’s in Plymouth, Michigan, where he asserted that America needs more respect and civility in political discussion especially where it concerns abortion.

“I believe in having the courage to let the unborn be born. I love life. I believe in having a loving care and respect for life and death. My faith and my science are what drive these beliefs in me,” Harbaugh said during his address.

The comments infuriated leftists who spent the following week attacking Harbaugh for his pro-life views.

But Harbaugh won’t be cowed by pressure on social media. This weekend he told ESPN that he would continue encouraging family members and players to let a pregnancy follow through, even if it is unplanned. 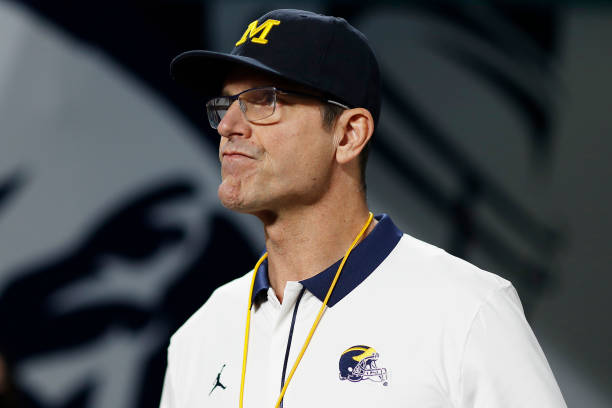 Head Coach Jim Harbaugh of the Michigan Wolverines looks on before the game against the Georgia Bulldogs in the Capital One Orange Bowl for the College Football Playoff semifinal game at Hard Rock Stadium on December 31, 2021, in Miami Gardens, Florida. (Michael Reaves/Getty Images)

“I’ve told [them] the same thing I tell my kids, boys, the girls, same thing I tell our players, our staff members. I encourage them if they have a pregnancy that wasn’t planned, to go through with it, go through with it,” Harbaugh said on Saturday. “Let that unborn child be born and if at that time, you don’t feel like you can care for it, you don’t have the means or the wherewithal, then Sarah and I will take that baby.” 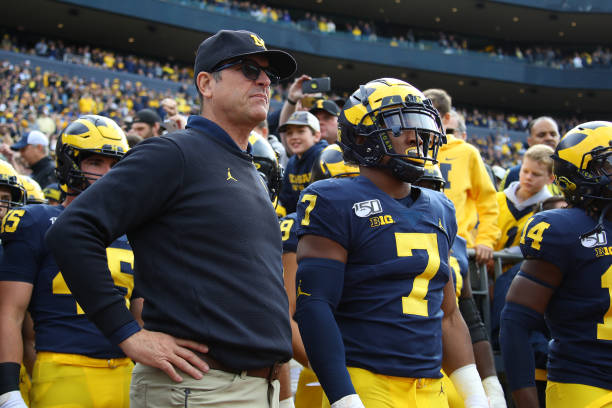 “Faith, family, football … those are my priorities. I just think that … the abortion issue is one that’s so big that it needs to be talked about. It needs serious conversation. What do you think? What do I think? What do others think?” the coach continued.

“It’s a life-or-death type of issue. And I believe in, and I respect, people’s views. But let’s hear them,” he added. “Let’s discuss them because there’s passion on both sides of this issue. So when you combine that with respect, that’s when the best results come. … [I’m] just contributing to that conversation and that communication, which I think is really important, in my opinion.”

He reiterated his point, concluding, “Any player on our team, any female staff member or any staff member or anybody in our family or our extended family … that doesn’t feel like after they have a baby they can take care of it, we got a big house. We’ll raise that baby.”

Critics should not be surprised that Harbaugh is standing up for life. His views on abortion are well known, and he’s commented on the topic many times before. In 2020, for instance, he praised people for being concerned about people’s lives during the coronavirus scare. But he added, “You see people taking more of a view of the sanctity of life. And I hope that can continue. I hope that continues and not just in this time of crisis or pandemic.”

Wolverines football starts back up on Sept. 3 against Colorado State at home.