On Monday, Chicago Mayor Lori Lightfoot proposed several plans costing between $900 million and $2.2 billion to upgrade Soldier Field in a desperate bid to entice the Chicago Bears to remain in her increasingly dangerous city.

Lightfoot’s Soldier Field fantasy came in three proposed plans that would either erect a dome over the historic outdoor stadium located near Chicago’s Lake Front or would build new domed facilities. She also proposed that the projects would be suitable for concerts and soccer games.

Here are the released renderings of a proposed "Dome" renovation of Soldier Field released by the Mayor's office today. There are three possible renovations for the stadium – two of which include the expansion of the stadium to 70,000. @WGNNews pic.twitter.com/oYiBPVNVyi

The mayor added that the proposals would save the Bears up to $15 million in moving costs if they were to leave the city after being located in downtown Chicago for the past 50 years.

“An improved Soldier Field will deliver a world-class visitor experience,” Lightfoot said on Monday. “Furthermore, any of these proposed renovations will allow Soldier Field to retain its role as an economic engine for Chicago for years to come, as these changes will allow us to keep bringing sports, music and other exciting events to our city.”

Lightfoot noted that the proposals are featured on the new website, Re-Imagine Soldier Field, where the designs of the dome proposal can be seen. 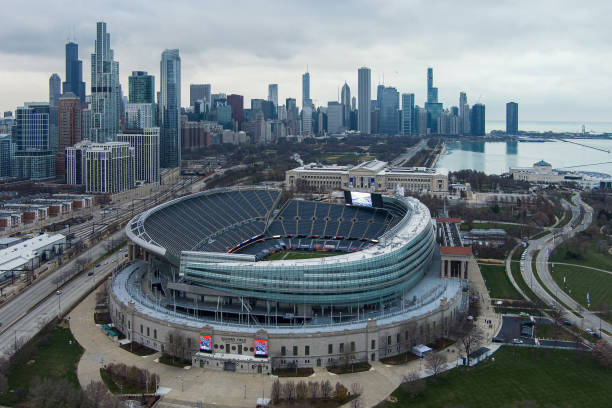 In this drone image, a general view of Soldier Field with the Chicago skyline before a game between the Chicago Bears and the Detroit Lions at Soldier Field on December 06, 2020, in Chicago, Illinois. (Quinn Harris/Getty Images)

The Bears, though, have been talking about moving to the western suburb of Arlington Heights for several years since it was announced that the horse racing track there would shut down by 2021. The now-shuttered racetrack sits on a 326-acre property that the Bears have been eyeing for a move out of Chicago. And the search for a new home has been on the team’s mind for nearly a decade already, with the lease on Soldier Field coming to its end in just ten years in 2033.

The team put out its own statement after Lightfoot’s Monday press conference noting that they are not discussing any upgrades to the stadium.

“As part of our mutual agreement with the seller of that property, we are not pursuing alternative stadium deals or sites, including renovations to Soldier Field, while we are under contract,” the Bears said Monday.

Further, the team already put up $197.2 million as a purchase agreement for the now deserted race track property, which is only 30 miles from Soldier Field.

A soaring crime rate is also an underlying factor for the team’s decision to flee downtown, though the team has not said that directly. Indeed, Chicago has experienced a 36 percent jump in crime this year, with crime leaking into historically safe areas. The crime rate has already been blamed for keeping tourists away from Chicago’s downtown shopping and entertainment areas. 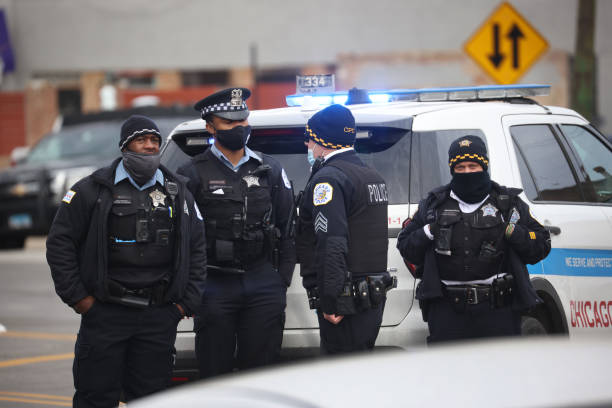 Police secure the crime scene following a shooting at a tow company garage where at least 15 people were reported to have been shot, two fatally, on March 14, 2021, in Chicago, Illinois. (Scott Olson/Getty Images)

The mayor’s proposals of up to $2.2 billion in refits and construction seem a bit absurd when noting that the team itself is only worth $4.75 billion, according to Forbes.

Whatever upgrades to the stadium might be worth to the city, Lightfoot did not say just who would pay for the up to $2.2 billion construction costs.

Indeed, the last spate of upgrades to Soldier Field completed in the early 2000s isn’t even paid for yet. The previous construction won’t be paid off until 2032.