R & B and pop star Rihanna confirmed that she would perform during the coming Super Bowl halftime show early next year.

The “We Found Love” singer posted an NFL football on her Instagram account Sunday but added no caption to the image.

The post, Sunday, came on the heels of rumors that the singer was in talks to head up the Apple Music Halftime show during Super Bowl 57 coming up in February, according to Variety.

Rapper Jay-Z, who was signed to plan the NFL’s music entertainment in 2019, praised Rihanna in a statement on Sunday.

“Rihanna is a generational talent, a woman of humble beginnings who has surpassed expectations at every turn,” Jay-Z said. “A person born on the small island of Barbados who became one of the most prominent artists ever. Self-made in business and entertainment.” 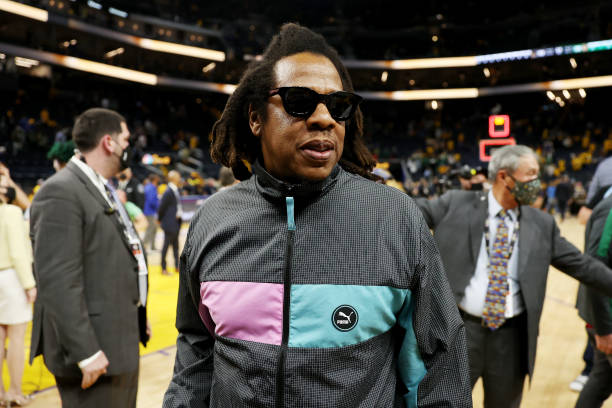 Rapper Jay-Z is seen following the conclusion of Game One of the 2022 NBA Finals at Chase Center between the Golden State Warriors and the Boston Celtics on June 02, 2022, in San Francisco, California. (Ezra Shaw/Getty Images)

“We are thrilled to welcome Rihanna to the Apple Music Super Bowl Halftime Show stage. Rihanna is a once-in-a-generation artist who has been a cultural force throughout her career,” added Seth Dudowsky, NFL’s head of music. “We look forward to collaborating with Rihanna, Roc Nation, and Apple Music to bring fans another historic Halftime Show performance.”

Apple Music, which has taken over the NFL Halftime show from last year’s sponsor Pepsi, also praised the singer.

“Rihanna is an incredible recording artist who is a favorite for many millions of Apple Music customers around the world,” said Oliver Schusser, Apple’s vice president of Apple Music and Beats. “We’re excited to partner with Rihanna, Roc Nation, and the NFL to bring music and sports fans a momentous show — what an incredible artist for the inaugural Apple Music Super Bowl Halftime Show.” 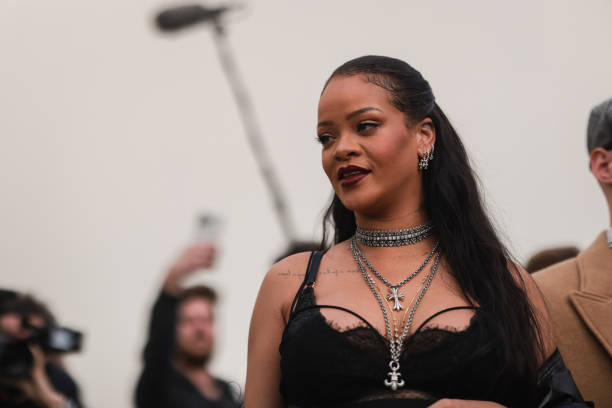 The round of announcements ends insider speculation that the 2023 Halftime show was going to be headlined by pop star Taylor Swift.

In any case, perhaps Rihanna might need the cash she’ll earn from the NFL extravaganza after pledging $15 million to a “climate justice” organization that promulgates the idea that weather is racist in seven Caribbean nations.

Still, the singer has other avenues of income, too. Early this year, her Fenty Beauty company featured lipsticks for gender-bending men. There has since been no news on how well that product sold.

While she doesn’t have any new music coming out — at least none announced officially — the billionaire “Love on the Brain” singer has spent much of her time these last few years jumping into political causes.

In 2018, for instance, she accused the U.S. Border Patrol of being “terrorists.” The next year exclaimed that Donald Trump was “mentally ill.” And naturally, she was a loud opponent of Alabama when the state signed an abortion ban that same year.

However, Rihanna did take a spot of criticism this year when she hosted a big fashion show that saw Emily Ratajkowski and Vanessa Hudgens, among others, wearing African American-style braided hairdos. Critics blasted Rihanna and her guests for “cultural appropriation.”
Follow Warner Todd Huston on Facebook at: facebook.com/Warner.Todd.Huston, or Truth Social @WarnerToddHuston