Left-wing pop star Rihanna is now a billionaire, Forbes said Wednesday, making her one of the richest woman musicians on the planet. The Barbados-born singer parlayed pop charts success into a massive make-up and fashion empire, with earnings that now dwarf those of other music megastars like Madonna and Beyonce, AFP reports.

Forbes, which regularly compiles lists of the world’s richest people, estimated around $1.4 billion of her nest egg comes from the value of cosmetics company Fenty Beauty, a partnership with French fashion giant LVMH.

All of which stands in singular opposition to the “Love on the Brain” singer’s previous espousal of left-wing causes and principles of shared wealth. 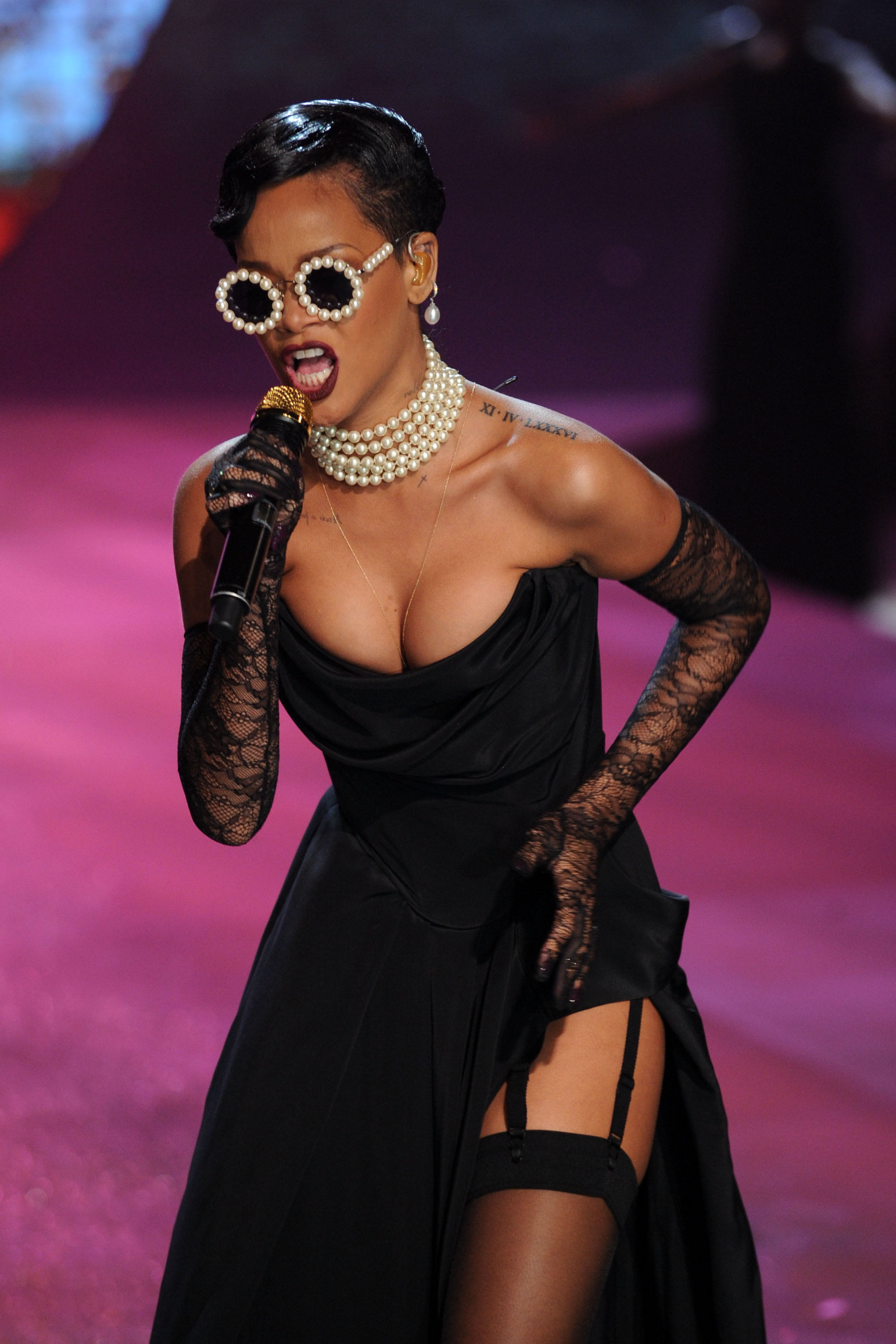 As Breitbart News reported, in 2019 she suggested Trump was the “most mentally ill human being in America right now,” adding the president’s response to the mass shooting in El Paso in that year was “racist.”

Previous to that Rihanna accused the United States Border Patrol of “terrorism” over their use of tear gas to stop migrants from illegally crossing the U.S.-Mexico border while attacking Trump for seeking to ensure the southern border remained sound.

Rihanna has always used her huge social media presence to support left-wing values, such as the time she endorsed Andrew Gillum in the Florida gubernatorial race in 2018.

“If you’re tired of feeling like you don’t matter in the political process, know the most important thing you can do in supporting a candidate is finding someone who will take on critical issues such as: making minimum wage a livable wage, paying teachers what their worth, ensuring criminal justice reform, making healthcare a right, and repealing Stand Your Ground,” the “Diamonds” singer said in support of Gillum.

Despite her endorsement and the help of rap mogul Diddy, Gillum’s campaign was a losing effort.

The Grammy-winner singer and actress also protested Trump playing her music at what she called his “tragic” rallies after her song “Don’t Stop the Music” was apparently played.

Not for much longer…me nor my people would ever be at or around one of those tragic rallies, so thanks for the heads up philip! https://t.co/dRgRi06GrJ

She then went after Republican lawmakers in the state of Alabama when they signed abortion legislation, describing them as shameful “idiots” curtailing women’s rights.

“Take a look. These are the idiots making decisions for WOMEN in America,” the Grammy award-winning singer wrote in a Twitter post, accompanied by an image of Republican lawmakers who voted in favor of the legislation. “Governor Kay Ivey…SHAME ON YOU!!!!”

take a look. these are the idiots making decisions for WOMEN in America.
Governor Kay Ivey…SHAME ON YOU!!!! pic.twitter.com/WuAjSVv6TH

In 2019 Rihanna honored left-wing activist Shaun King at her annual Diamond Ball. But the celebration was criticized by fellow leftists.

They took to social media and excoriated her for her judgement including criticism over the way the controversial social justice activist King threatened to sue a fellow activist earlier that year.

In 2015 Rihanna visited Old Havana, Cuba,  so that she could participate in a photoshoot for a Vanity Fair cover.

That year, Cuba’s communist government issued a demolition order for every church in the Abel Santamaria district in the southern city of Santiago de Cuba. 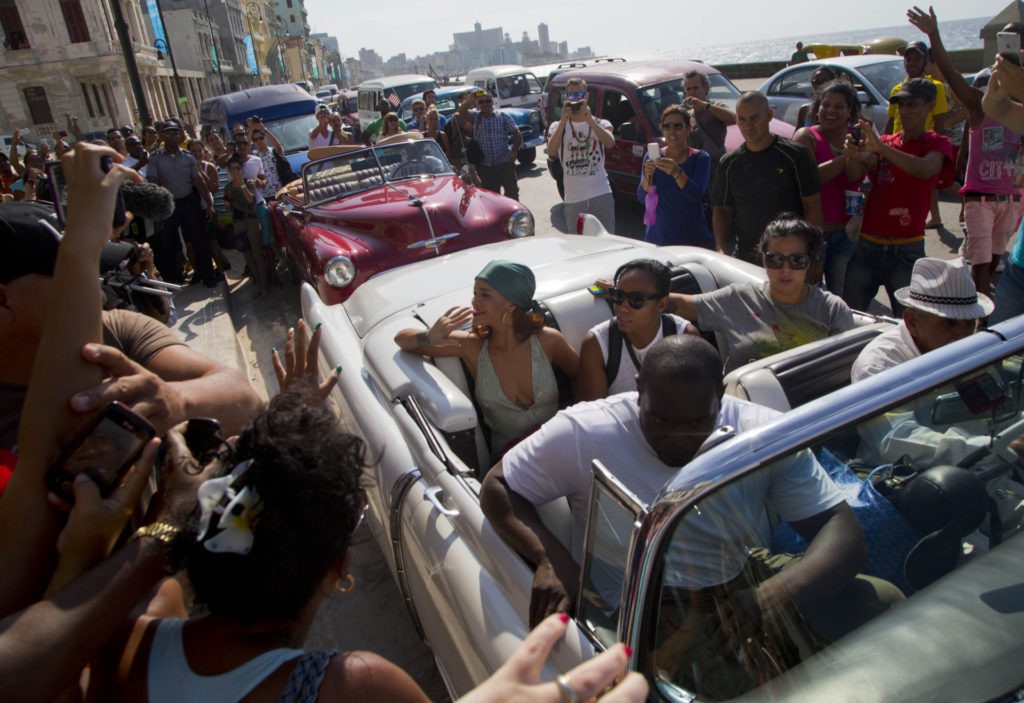 Fans take photographs of pop artist Rihanna, wearing a green scarf, as she is transported in an American classic car, after a photo shoot with photographer Annie Leibovitz at a building on the Malecon, in Havana, Cuba. (AP Photo/Desmond Boylan, File)