A Chinese marathon runner named “Uncle Chen” has shocked the running world after being seen chain-smoking during his races.

Uncle Chen is a 50-year-old marathon runner who has participated in a slew of races in China while lighting up one coffin nail after another, but this dude isn’t just blowing smoke. He’s actually earning respectable times, says TMZ Sports.

The rail-thin runner has become a phenom on China’s social media app, Weibo, as photos show him whipping out his lighter and burning butt after butt during his runs.

But the cancer sticks aren’t exactly killing his times. 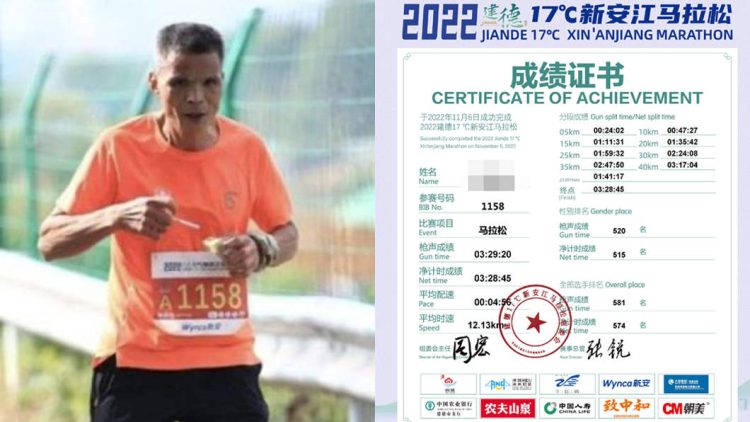 Not every Chinese citizen was so excited over Uncle Chen’s toke fest. According to Running Magazine, one Weibo user said, “This type of behavior should be banned from the race,” and another commented, “I feel bad for the runners around him.”

The magazine noted that there are no rules against smoking while competing in a marathon because, well, who the heck would?