Ex-international forward Sandro Wagner made the offhand observation on TV while commentating during Germany and Spain’s World Cup match a few hours earlier.

AP reports Wagner was appraising the teams’ 1-1 draw for German broadcaster ZDF when he said in the 79th minute he thought one end of the Al Bayt Stadium in Al Khor was full of German fans.

“Only then did I realize that they are the Qatari bathrobes,” Wagner said.

Wagner was referring to the thaub, the traditional white full-length robes with long sleeves worn by many men in the region and a torrent of furious comments then followed on social media. 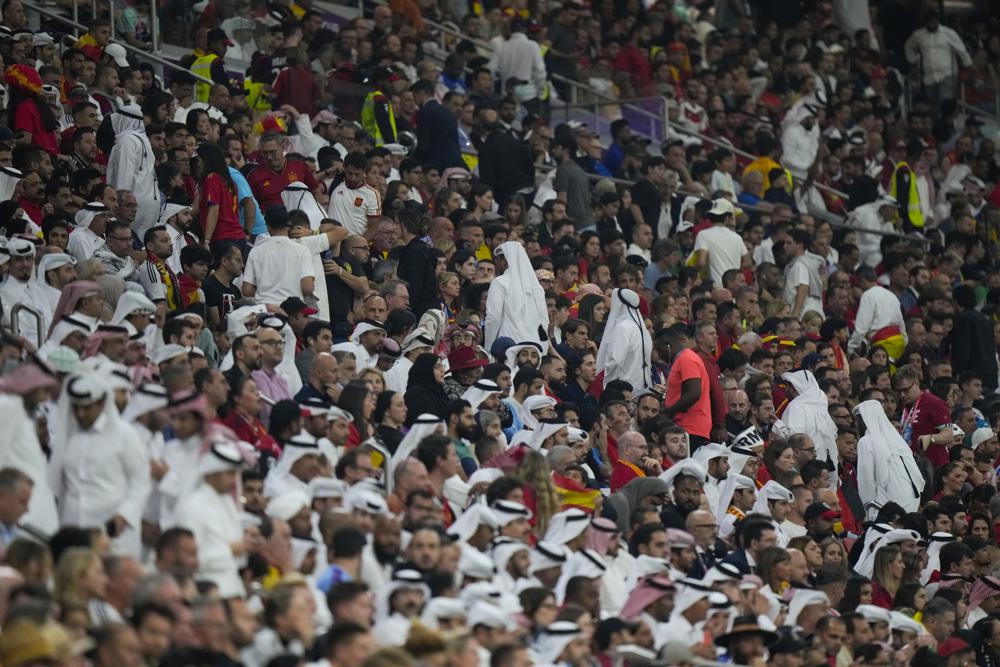 Spectators leave the stands before the end of the second half of the World Cup group E soccer match between Spain and Germany, at the Al Bayt Stadium in Al Khor , Qatar, Sunday, Nov. 27, 2022. (AP Photo/Luca Bruno) 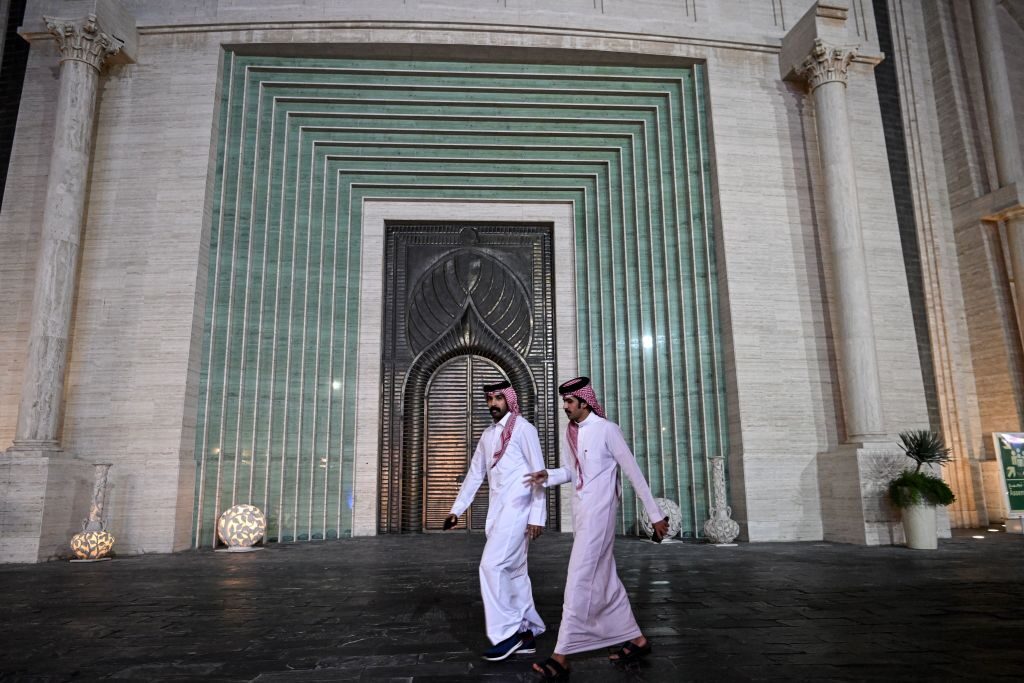 Qatari men walk past an amphitheatre in Doha on November 4, 2022, ahead of the Qatar 2022 FIFA World Cup football tournament. (KIRILL KUDRYAVTSEV/AFP via Getty Images)

The commentators came after the former German footballer labelling him “racist” and “bigoted” for his comment.

Culture does not mean style of play and we learn English starting in 5th grade in Germany. He's been in the limelight for decades, so being on TV/nerves is no excuse. Sandro Wagner called the traditional Qatari clothes Bathrobes. Maybe my country is just kind of bigoted.

@ZDF Sandro Wagner: "Those weren't German fans, they were the Qatari in bathrobes." What a disgusting statement. Very racist remark.

Sandro Wagner, German commentator, speaks about "all these Qatari bathrobes" and means the traditional Arabic clothing. it just shows that the debate then about tolerance/respect of the last weeks means nothing. Mixture of arrogance disrespect for religion, tradition, cultures.

Wagner previously made eight appearances for Germany and played for Bayern Munich among a host of German clubs.

During the game, Qatari fans protested against the Germany team by covering the mouths while holding pictures of former Germany player Mesut Özil, a target for racist abuse in Germany following the team’s early exit from the World Cup in 2018, AP report sets out.