SAO PAULO (AP) — Pelé has a respiratory infection and will remain at the hospital where he’s been since Tuesday.

The 82-year-old Edson Arantes do Nascimento, better known as Pelé, is being treated with antibiotics, Hospital Albert Einstein said in a statement on Friday. 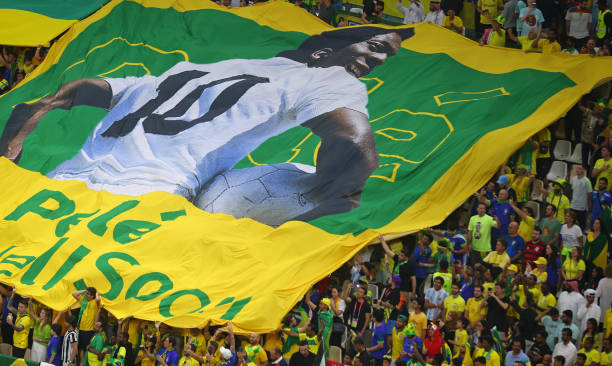 A flag of Brazil legend Pele is unveiled in the crowd ahead of the FIFA World Cup Qatar 2022 Group G match between Cameroon and Brazil at Lusail Stadium on December 02, 2022, in Lusail City, Qatar. (Stefan Matzke/Corbis via Getty Images)

“His response has been adequate and the patient, who remains in a regular bedroom, is stable, with an overall improvement in his health condition,” the hospital added.

Pelé thanked fans in an Instagram post late Thursday for the well-wishes he’s received in a fight against cancer. He had a colon tumor removed in September 2021 and has since gone through chemotherapy.

Neither the hospital nor his family has said whether the former footballer’s cancer has spread to other organs. He has checked in with the hospital every month. 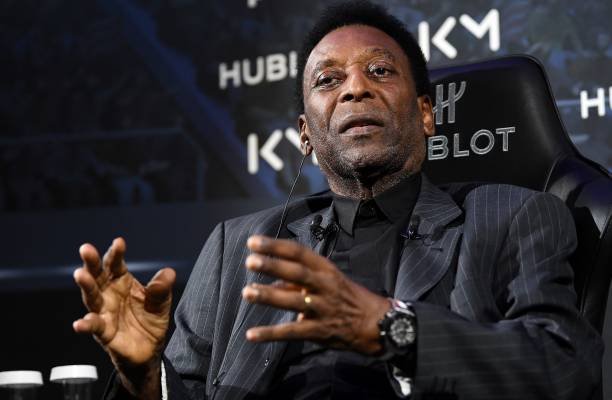 The hospital confirmed on Friday that the three-time World Cup winner has had to regulate his chemotherapy medication.

Kely Nascimento, one of Pelé’s daughters, extended her father’s thankful message to Qatar and Brazil coach Tite, who sent positive messages to the former footballer.

ESPN Brasil reported on Wednesday that Pele was taken to hospital because of “general swelling.”