A new profile by Scott Lucas of Politico, “How California Gave Us Trumpism,” highlights the unique role played by Breitbart California. 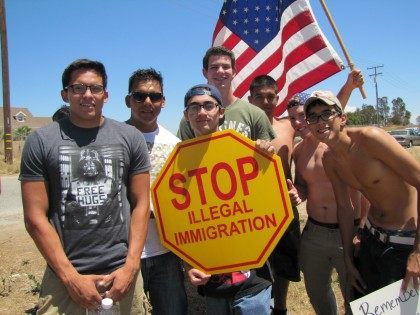 I made sure I was personally on hand in Reno to hear Hillary Clinton’s lies, wearing my Breitbart shirt. Here are the 20 worst lies in her speech.

Blue State Blues: The Trump Convention Was the People’s Convention

What united everyone in the room was the fact that everyone put America first. Donald Trump took that dusty old slogan, wiped away the grime of Second World War isolationism, and presented it to the nation as something new — what his friend Tom Barrack called the “diamond” at the heart of the American self-image.

Blue State Blues: The Last Stand of the Governors

Several experienced, qualified and conservative Republican governors entered the presidential race last year. And yet we are just days away from the final culling of the herd.

“Democratic” socialist Sen Bernie Sanders (I-VT) could well be the next President of the United States. 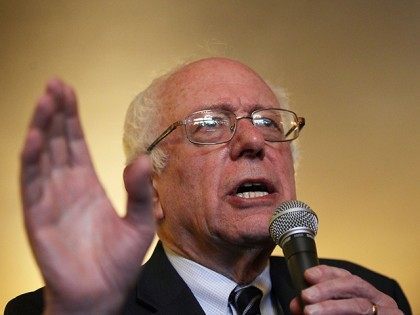 So Mark Levin thinks I’m an “a-hole.” That’s OK. I still love the guy. He’s brilliant. He’s a leader. And he may be right.

There is a basis for coexistence, and also great deal of ordinary kindness between Muslims and Jews. But the problem of antisemitism is becoming impossible to ignore, and we need to address it before throwing the doors open.

“If anybody puts their hands on you, send them to the cemetery!” So said the leader of the Afrikan Black Coalition, addressing 1,000 students, union members, and local activists at the University of California Berkeley

Politico’s Carson story meets the Dan Rather standard of “fake but accurate”–that is, a lie validated by a left-wing “larger truth.” This is not the first time we conservatives have fallen for it, but it should be the last.

Hillary Clinton was forced to make several damning revelations during hours of sworn testimony at the House Select Committee on Benghazi on Thursday. The media declared that she “won” because she largely retained a placid demeanor. The Democrats declared that she won because they had already decided her political survival mattered more than the truth. Yet there were seven key revelations that emerged from the Benghazi committee.

For decades, our global betters have been urging Americans to take more of an interest in soccer. And we have–though not the interest the Fédération Internationale de Football Association (FIFA) had in mind. This week, the U.S. Department of Justice revealed that 14 FIFA officials had been indicted for corruption. In somewhat related news, FIFA is to vote this weekend on suspending Israel from international soccer because of security-related travel restrictions on some Palestinian players.

The left has a convenient explanation for California’s severe drought: climate change. Though scientists have yet to make a direct connection, and have suggested instead that the drought is the result of a wind anomaly not related to overall global warming, that has not prevented politicians from putting on their lab coats and declaring their conclusions, demanding not only (sensible) water restrictions but also (irrational) controls on the use of fossil fuels, as if less coal equals more rain.

Blue State Blues: Netanyahu, Churchill, and the ‘Ghosts of Gallipoli’

Gallipoli was a failure that haunted Churchill as much as supporting the Iraq War haunts many politicians today. Yet he was right about Hitler when others hid from the truth. Churchill, like Netanyahu and unlike Barack Obama, worried more about victory than pride.

President Barack Obama told the National Prayer Breakfast that Americans ought to be humble in the fact of radical Islam, because “people committed terrible deeds in the name of Christ” as well. In addition to offending much of his audience and some of the nation with his sophomoric moral relativism, the president also obscured a fact that ought to be obvious but is rarely spoken aloud: that as far as the world’s religions go, Christian civilization has done the most to advance freedom.

On Tuesday, French Prime Minister Manuel Valls addressed the National Assembly and gave the most stirring speech on antisemitism since Chaim Herzog literally tore up the “Zionism is racism” resolution at the UN General Assembly in 1975. Valls reiterated his recent argument that

While the convention speech is notable for its focus on the division between rich and poor, the Iona College is remarkable for its emphasis on a common question facing members of a prosperous society. What is the purpose of wealth, Cuomo asked, if it does not provide happiness?