The strength of the Afghan security forces stands at its “lowest level” in years, a U.S. watchdog agency revealed Thursday. 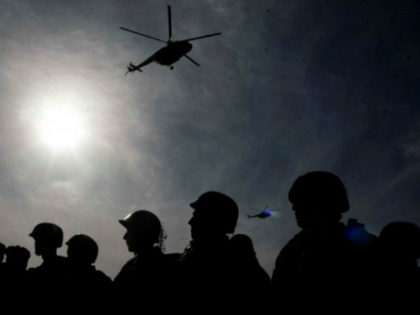 Inadequate oversight for the U.S. taxpayer-funded $83 billion effort to develop the Afghan security forces has led to a waste of money and hindered the training and capabilities of the war-ravaged country’s troops, an American watchdog agency revealed this week. 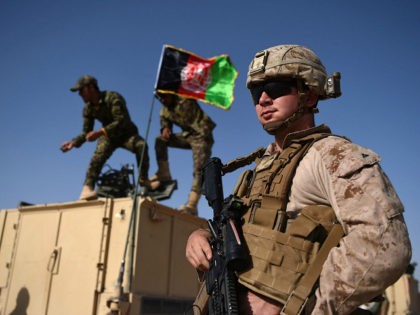 The United States military “disbanded” a United States-based Afghan pilot training program after over 40 percent of the trainees went absent without leave (AWOL). 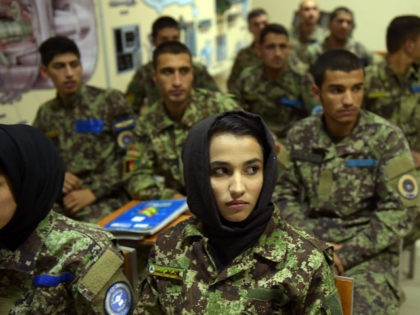 The United States government has decided to either classify or do away with “almost every” metric for success or failure in Afghanistan, John Sopko, the U.S. Special Inspector General for Afghanistan Reconstruction (SIGAR), revealed this week. 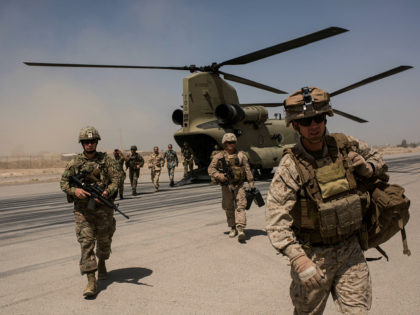 Taliban narco-jihadis killed at least 68 members of the U.S.-backed Afghan National Defense and Security Forces (ANDSF) and injured 38 others in fierce clashes over the weekend in the terrorist group’s opium-rich stronghold of Helmand, Afghanistan’s largest province located along the Pakistani border. 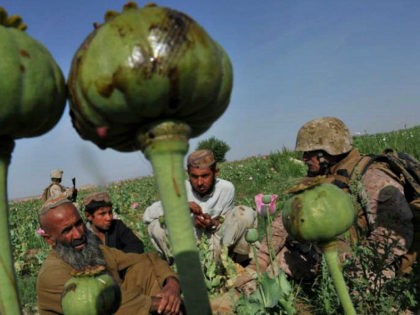 Some members of the United States-funded and trained Afghan National Defense and Security Forces (ANDSF) reportedly terrorized and robbed local Afghan personnel hired under U.S. Army Corps of Engineers (USACE) contracts of nearly $1 million in property and equipment between 2010 and March of this year. 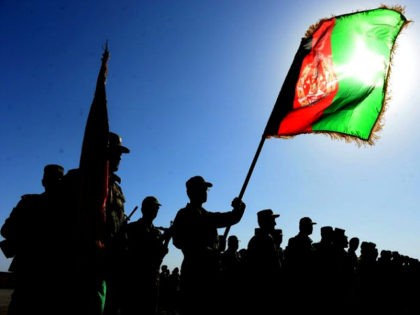 The U.S. is no longer interested in developing a “stand-alone” counternarcotics strategy in Afghanistan, choosing instead to back Kabul-led efforts to combat the opium and heroin trade that generates most of the Taliban’s funding. 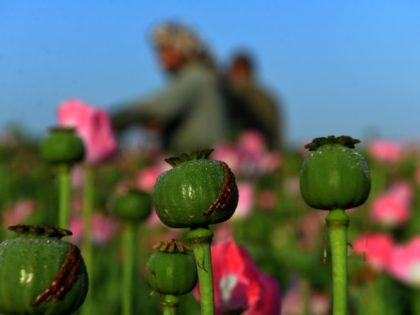 The number of Afghan districts under the control or influence of Kabul “reached the lowest level” since the American government began keeping records in November 2015, the U.S. Special Inspector General for Afghanistan Reconstruction (SIGAR), a watchdog agency appointed by Congress, reported on Thursday. 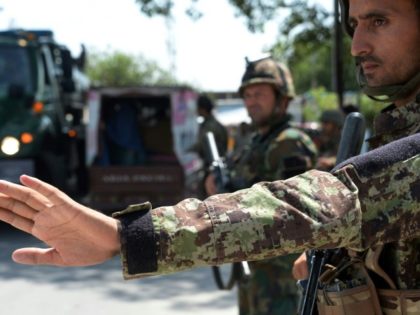 The Obama administration “issued policy guidance authorizing” the U.S. to waive a ban that prohibits the American military from funding Afghan security forces accused of engaging in the ancient custom of child rape and other gross violations of human rights, according to a watchdog agency. 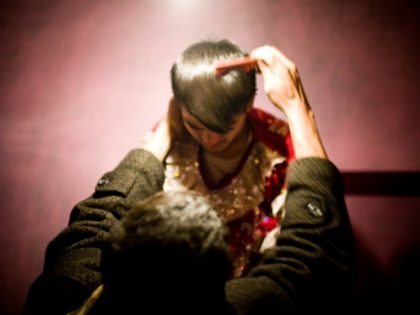 Afghan President: Our Army Will Collapse in ‘Six Months Without U.S. Support’

The Afghan National Army (ANA) would not last more than six months, and the Kabul government would collapse, if the United States were to withdraw its financial and military support, declared Afghan President Ashraf Ghani. 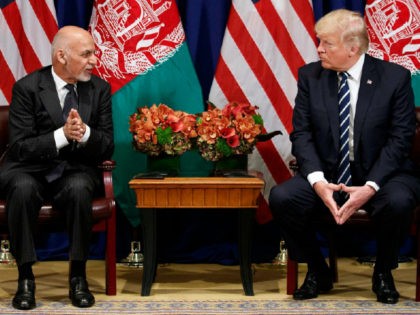 Afghanistan Will Not Award Mining Contracts to U.S.-Backed Companies Despite China Deal

The Afghan government, funded in part by the American taxpayer, has refused to award contracts to exploit the country’s lucrative mining industry to Pentagon-supported international companies, including U.S.-based contractors, according to the U.S. Special Inspector General for Afghanistan Reconstruction (SIGAR), a watchdog agency. 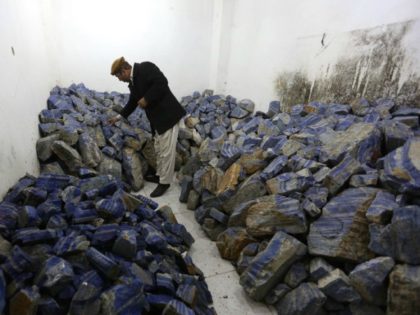 The Taliban can withstand U.S. President Donald Trump’s offensive to coerce the terrorists to lay down their arms and accept peace with the Kabul government, a commander loyal to the jihadist group argued to The Guardian. 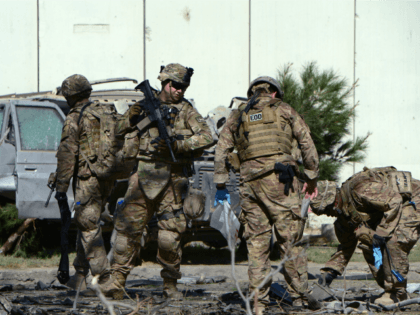 The number of terrorist attacks and the number of provincial districts under the control or influence of jihadist groups in Afghanistan, primarily the Taliban and to a lesser extent the Islamic State (ISIS/ISIL), have reached unprecedented levels under the Trump administration. 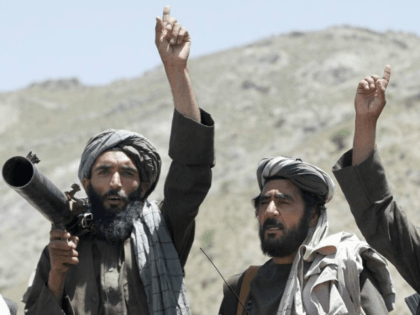 The Taliban has once again targeted members of the Afghan security forces while they collected their pay, killing at least seven people, including two women and a child, and injuring more than 40 others, mostly civilians, in the jihadist group’s stronghold of Helmand province, located along the Pakistan border in southern Afghanistan. 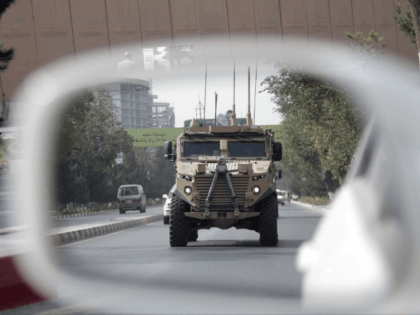 Terrorist attacks in Afghanistan over the last two days have left over 30 people dead, including two American service members killed in Taliban birthplace Kandahar and 29 others murdered at a mosque by the Islamic State (ISIS/ISIL). 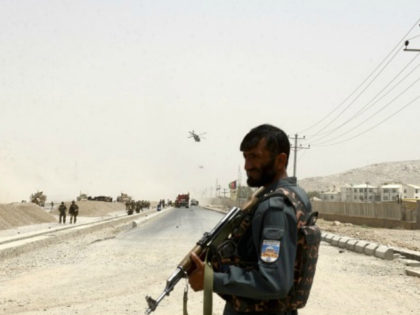 President Donald Trump’s administration has resuscitated the U.S.-backed efforts to combat the deadly opium crop and its heroin derivative in Afghanistan, triggering an increase in interdiction and eradication activity after counternarcotics operations nearly disappeared over the last few years. 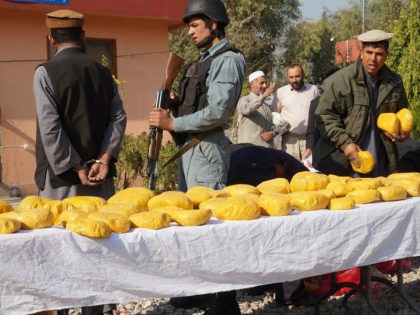 The American Embassy in Kabul, a component of the State Department, is sending Afghan terrorists the “dangerous message” that they are feared and winning by imposing travel restrictions on U.S. agencies that prevent them from overseeing billions in taxpayer funds, reports an inspector general (IG). 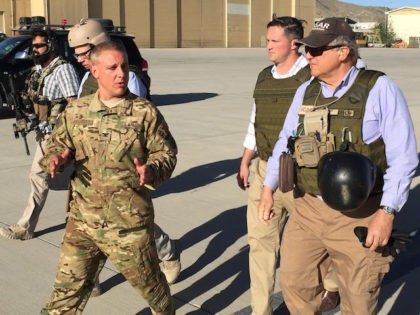 WASHINGTON, D.C. — The United States government should look into the potential relationship between record production of opium in Afghanistan and the heroin crisis in the United States that has killed tens of thousands of Americans, a top U.S. watchdog tells Breitbart News. 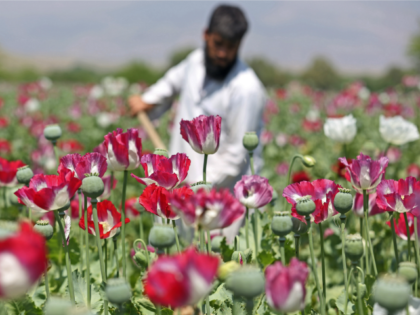 WASHINGTON, D.C. — Hanging from John Sopko’s office in a building outside the Pentagon is a plaque that states, “Never underestimate the power of stupid people in large groups.”

Watchdog on U.S. Taxpayer Waste in Afghanistan: ‘All I Can Say Is It’s Too Much’

American taxpayer money has been mismanaged in Afghanistan to such an extent that it is nearly impossible to determine what percentage of the nearly $117 billion that the United States has spent on reconstruction efforts can be written off as waste, fraud, and abuse, a U.S. watchdog agency indicated. 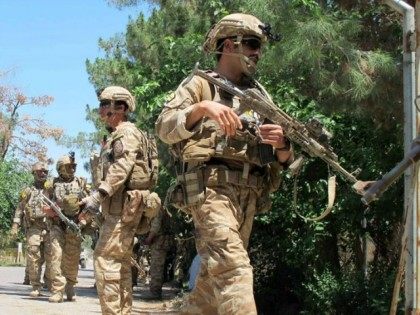 Efforts to eradicate opium in Afghanistan dropped by nearly 90 percent last year as the cultivation of the illicit drug, which as heroin provides an estimated 60 percent of Taliban funding, reached unprecedented levels. 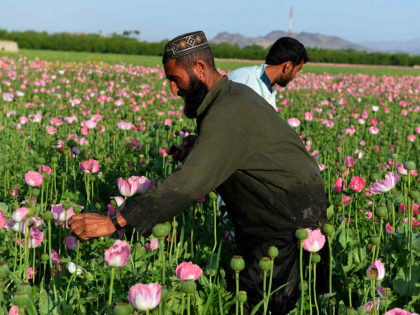 Nearly 100 members of the corrupt U.S.-funded Afghan National Defense and Security Forces (ANDSF) were executed by the Taliban as they tried to flee a town near the besieged capital of Helmand, a province that has remained an important Taliban stronghold throughout the 15-year-old war and is currently at risk of falling back into the hands of the jihadists, reports Reuters. 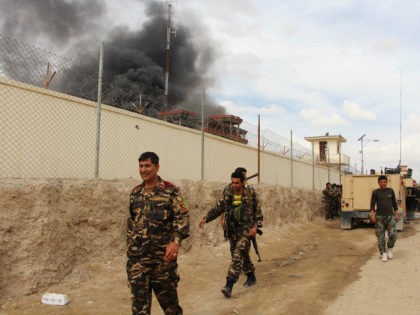