In a war of words utilising the discerning virtual pugilist’s weapon of choice, Twitlonger, CEOs from both companies vowed that the matter would be dealt with by legal experts in the near future. In the meantime fans are none the wiser about who Johnsen is actually likely to play for, although a betting man would favour TSM at this stage.

After initial contact regarding the matter from TSM founder Andy “Reginald” Dinh, H2K’s CEO Richard Wells offered a lengthy statement to Breitbart explaining that Johnsen had agreed in principle to sign for H2K. Tellingly, the missive didn’t commit to answering whether or not Johnsen had actually signed a contract or not. Shortly after the news made the front page of the League of Legends community hub, Johnsen tweeted that he had signed nothing with H2K.

For anyone wondering i did not sign anything with h2k

Dinh then made a short post to Reddit stating that the H2K version of events was not accurate, even invoking the game’s developer Riot Games as having stated there is no binding agreement in place. He also accused H2K of “slandering” his company while also accusing the European organisation of harassing the player’s family. He posted a screenshot of a Skype conversation reportedly between the H2K CEO and Johnsen that showed Wells implying there might be consequences if the player doesn’t go through with the agreement. 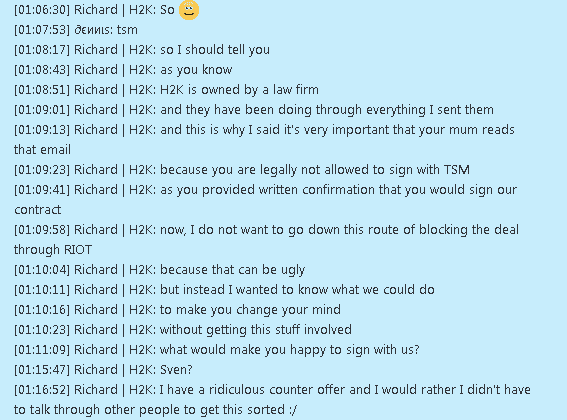 In retaliation, Wells posted a Twitlonger saying he had been informed by H2K’s lawyers that the agreement they had in place with the player was indeed legally binding and denied any harassment of the family in their pursuit of Johnsen. He also expressed his disappointment in Dinh publicly posting about what he referred to as a private matter.

Not content to lose the war of words, Dinh decided to go for the nuclear option and posted an even lengthier Twitlonger replete with Skype conversations. They reportedly showed that despite entering into negotiations with TSM to let Johnsen try out, a move that would see H2K net a fee for any agreement that was reached, H2K became increasingly desperate to sign the player, even stating they would withdraw their offer in two days if he didn’t commit. 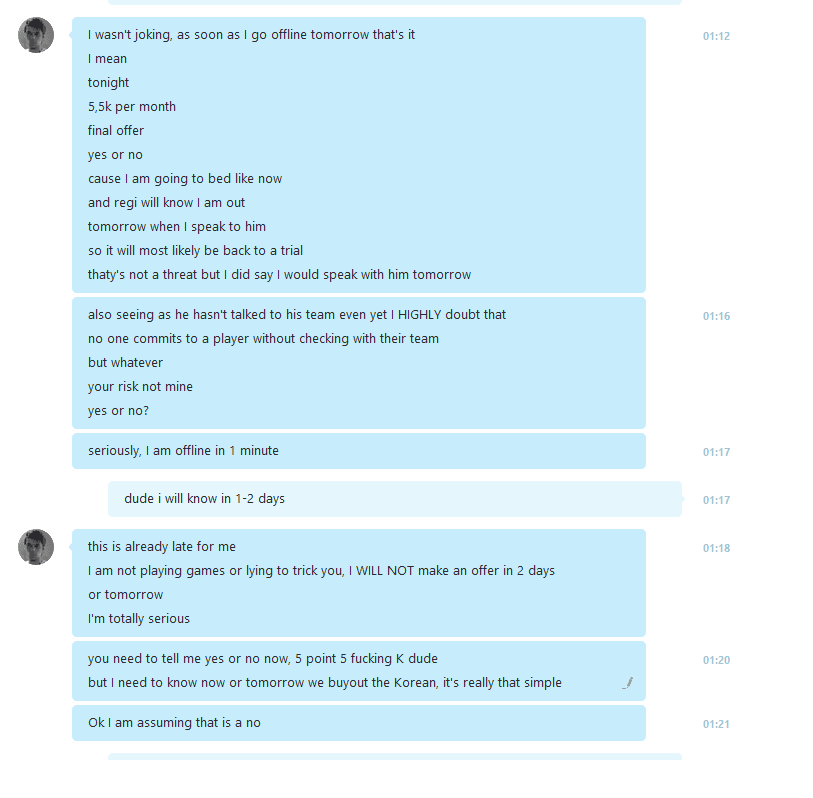 At this juncture it seems that Johnsen agreed in principle to join H2K, but this was prior to a counteroffer from TSM to become a starter with no trial period. Johnsen, naturally, wanted to change his mind and had, as all parties agreed, not signed a contract.

This didn’t stop H2K issuing veiled threats to the player, as detailed above, and having their lawyers contact TSM with a strongly worded email stating their intent to take legal action.

Dinh and Johnsen remained unflinching in their resolve to sign the player. It turns out so did Wells.

In a final bid to try and secure the signature of Johnsen, he went back to the player, again stating he had a legally binding agreement but simultaneously agreeing to increase his contract and give him what he described as “the largest signing bonus in Western history.” All throughout the conversation the player made it clear he did not want to play for H2K. 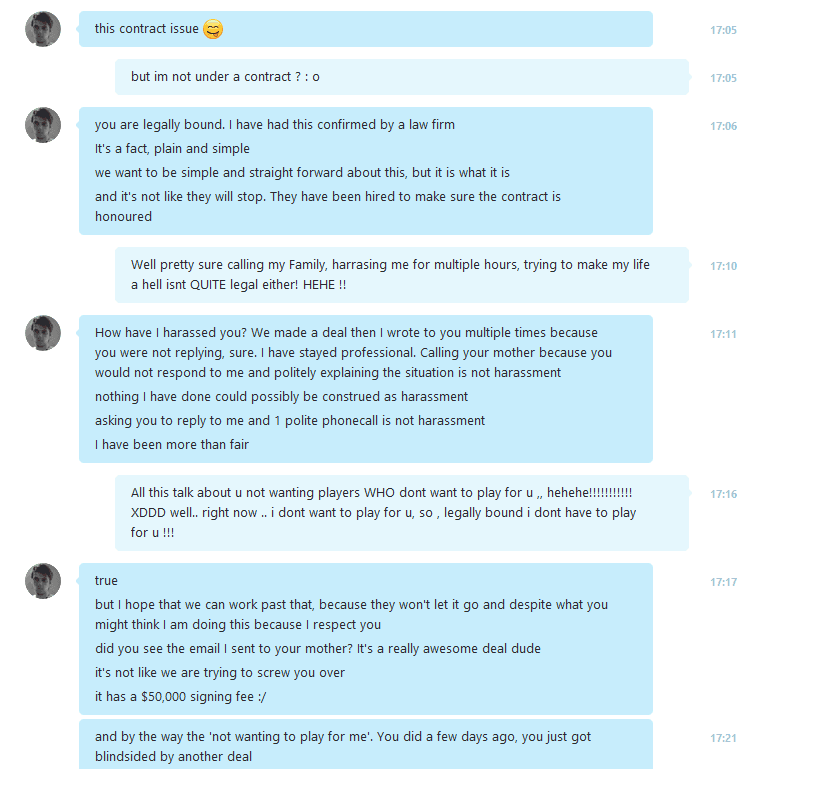 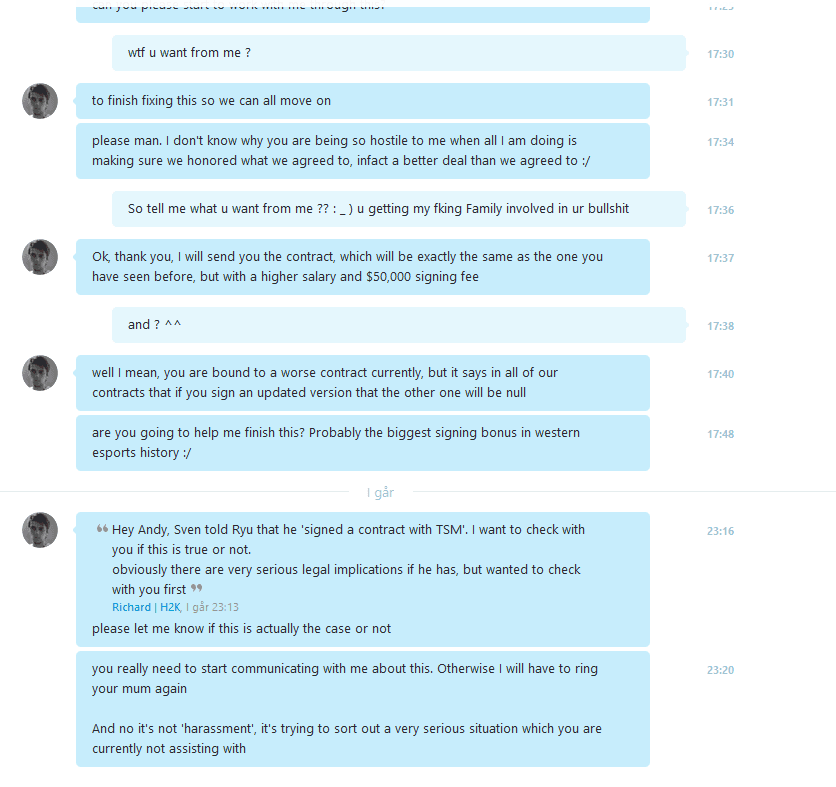 Despite the dual promises of legal warfare, the rather mundane reality is that it will be settled soon and most likely rather quietly, as one of the parties could certainly use being spared further embarrassment.