Fewer than 1 percent of papers published in scientific journals follow the scientific method, according to research by Wharton School professor and forecasting expert J. Scott Armstrong.

“We also go through journals and rate how well they conform to the scientific method. I used to think that maybe 10 percent of papers in my field … were maybe useful. Now it looks like maybe, one tenth of one percent follow the scientific method” said Armstrong in his presentation, which can be watched in full below. “People just don’t do it.”

Armstrong defined eight criteria for compliance with the scientific method, including full disclosure of methods, data, and other reliable information, conclusions that are consistent with the evidence, valid and simple methods, and valid and reliable data. 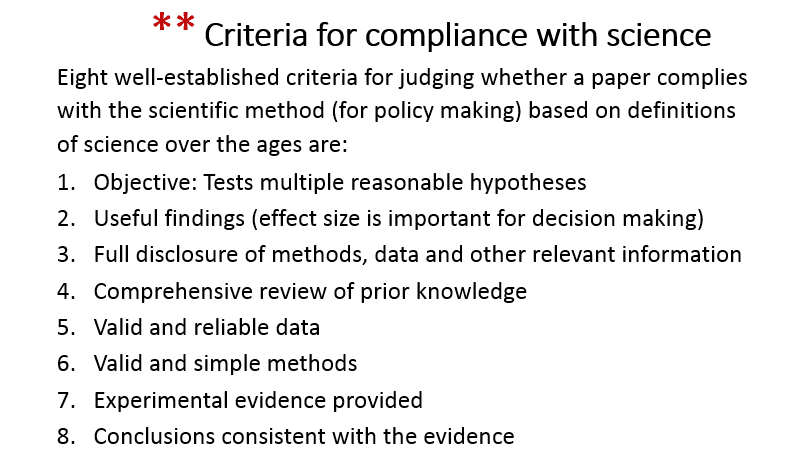 According to Armstrong, very little of the forecasting in climate change debate adheres to these criteria. “For example, for disclosure, we were working on polar bear [population] forecasts, and we were asked to review the government’s polar bear forecast. We asked, ‘could you send us the data’ and they said ‘No’… So we had to do it without knowing what the data were.”

According to Armstrong, forecasts from the Intergovernmental Panel on Climate Change (IPCC) violate all eight criteria.

“Why is this all happening? Nobody asks them!” said Armstrong, who says that people who submit papers to journals are not required to follow the scientific method. “You send something to a journal and they don’t tell you what you have to do. They don’t say ‘here’s what science is, here’s how to do it.'” 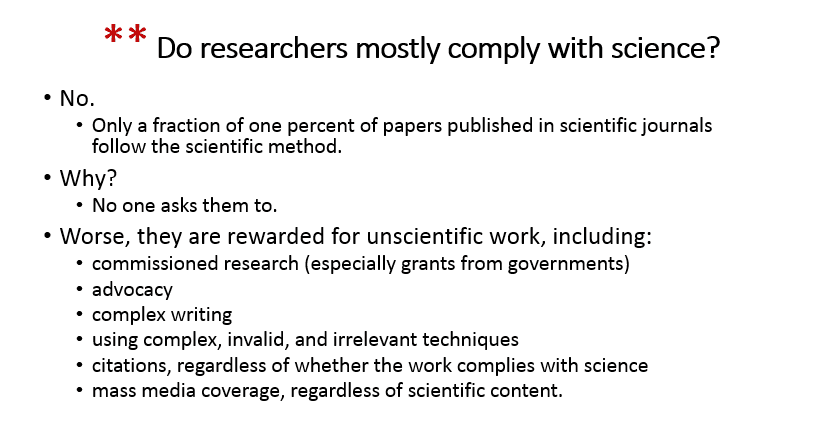 Digging deeper into their motivations, Armstrong pointed to the wealth of incentives for publishing papers with politically convenient rather than scientific conclusions.

“They’re rewarded for doing non-scientific research. One of my favourite examples is testing statistical significance – that’s invalid. It’s been over 100 years we’ve been fighting the fight against that. Even its inventor thought it wasn’t going to amount to anything. You can be rewarded then, for following an invalid [method].”

“They cheat. If you don’t get statistically significant results, then you throw out variables, add variables, [and] eventually you get what you want.”

“My big thing is advocacy. People are asked to come up with certain answers, and in our whole field that’s been a general movement ever since I’ve been here, and it just gets worse every year. And the reason is funded research.”

“I’ve [gone through] my whole career, with lots of publications, and I’ve never gotten a research grant. And I’m proud of that now.”

Armstrong concluded his talk by arguing that scientific evidence should be required for all climate regulations.