Developer Sledgehammer Games’ Call of Duty: World War II packages a short-but-satisfying campaign with multiplayer that is fun and accessible for newcomers and returning fans of early titles.

I’m storming the beaches of Normandy, again. It’s been 12 years since Call of Duty 2, but I still have visceral memories of its take on one of the most infamous battles in all of history. This time, I can hear the whistle and hiss of bullets overhead and see the mix of bowel-loosening terror and gritty determination painted with almost disturbing reality on the faces of my brothers in arms. Moments later, I am storming through a shower of lead and blood.

And while Call of Duty: WWII never quite plumbs the emotional depths of the grim and desperate battles it depicts, its set pieces are vivid and dramatic. Its cast of characters is lovable, because they are at least as believable as they are predictable. And even though I am pretty sure I am entrenched in a vision of World War II sketched by Michael Bay, I care enough to keep going– and, more importantly, remember after I’m done. 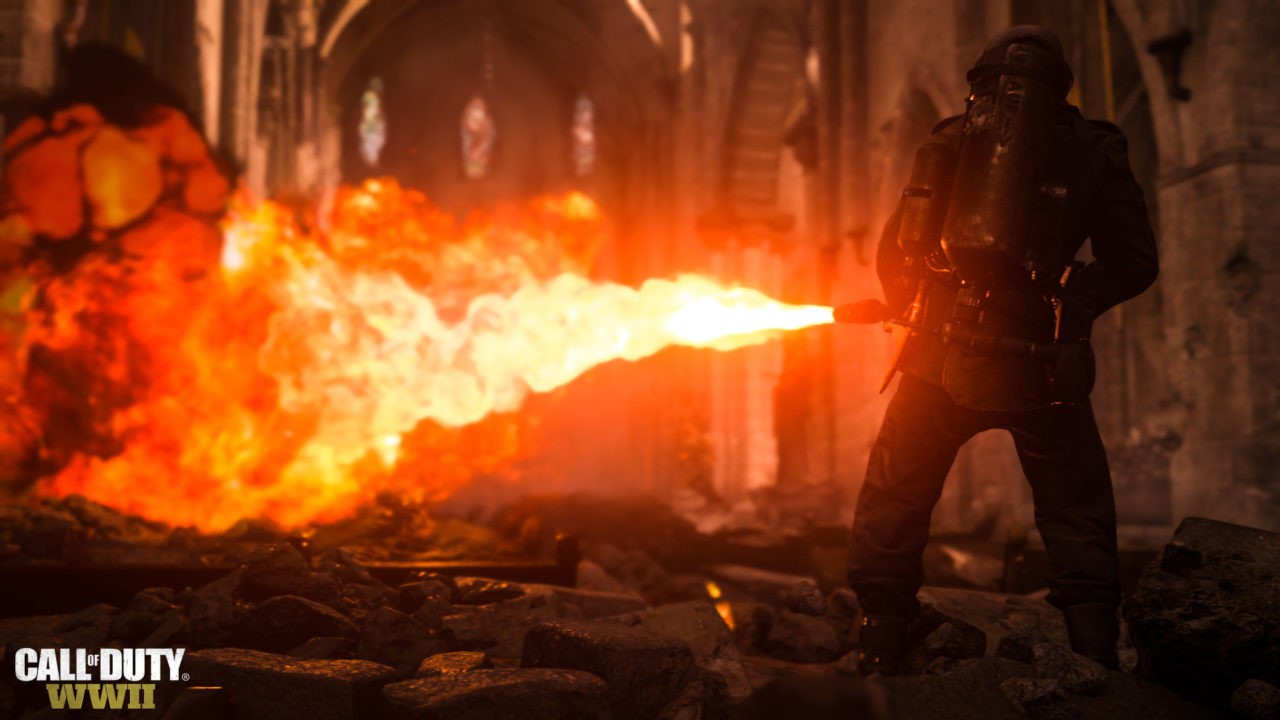 Call of Duty: WWII is the latest in Activision’s annualized issue of gun pornography, but it takes a step back from awkward space battles and robots in favor of a second glance into the historic setting that earned the franchise its legacy. Like its predecessors, it is a linear, fast-paced first-person shooter. If you are a fan of the franchise — or if you’ve ever played a single title in the series — you know what to expect. For those who don’t: pick up a gun, aim, and pull the trigger. Repeat until the credits roll.

It’s a simple formula, but one that works well. Here, it has been polished to a mirror sheen, so streamlined that it, like many AAA releases, often verges on a sort of manufactured yet expressionless splendor. Nevertheless, WWII‘s basic quality is undeniable. It is a thrill ride of sights and sounds that remains consistently entertaining from beginning to end, featuring Hollywood-caliber performances over its admittedly shallow script. 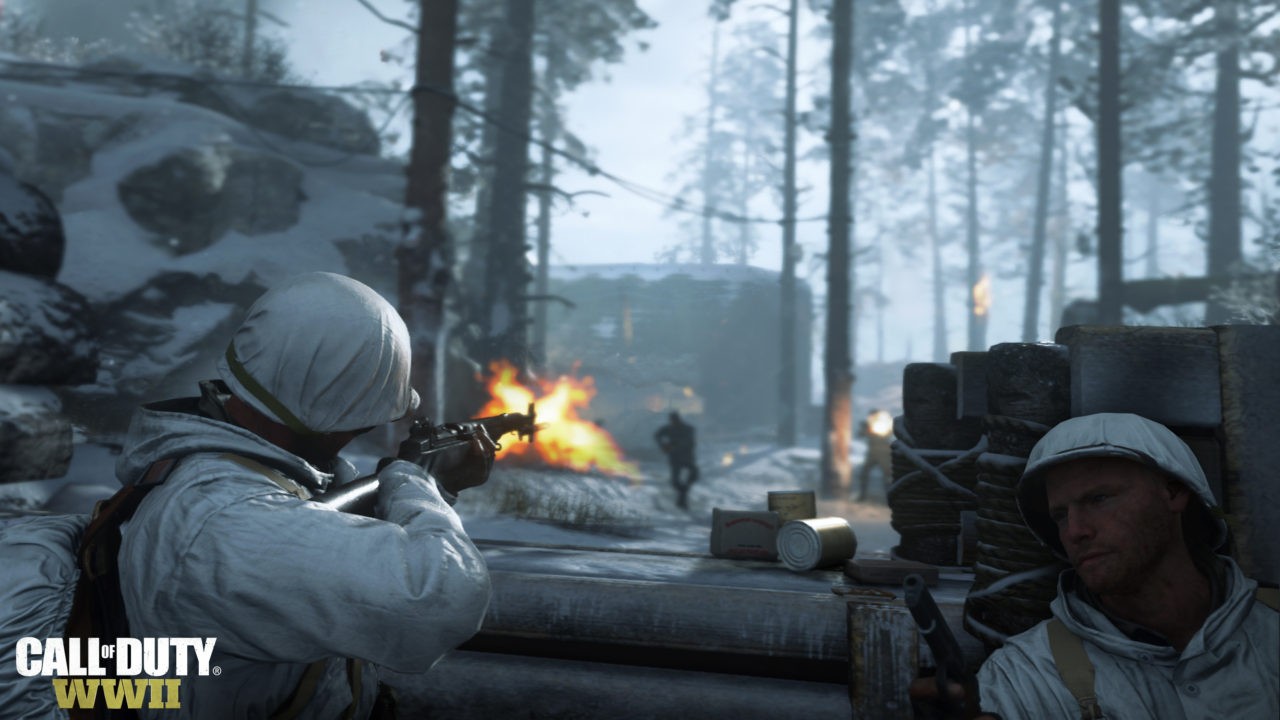 The single-player campaign liberally mixes challenge and frustration. For every desperate fight clawing forward through hostile territory, there is a monotonous shooting gallery. For every dramatic set piece, there is a tight one-way corridor to run. On lower difficulties, these levels are often trivial, but they scale into outright meat grinders as you up the ante. Pick your poison. I settled into Veteran difficulty for my first playthrough, finding that it felt like the most authentic experience. Enemies were smart enough to take advantage of their numbers and position without seemingly psychic abilities to pick you off behind cover.

Health regeneration and infinite sprinting have been eliminated like the jetpacks and tactical lasers of recent entries in the series, reinforcing a sense of peril that the franchise has lacked for the last few years. Your squad can occasionally help you with first aid and ammunition, but the design absolutely necessitates the judicious use of cover and constant awareness of enemy positioning. 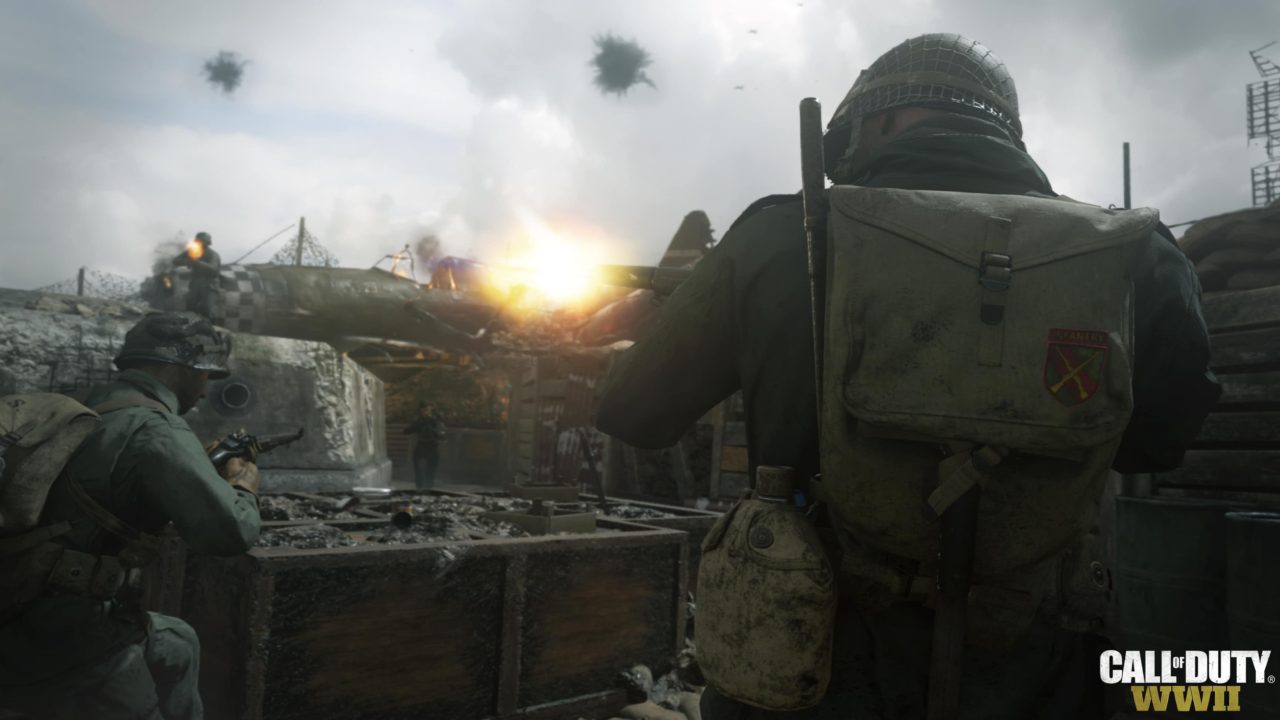 Multiplayer has changed a lot between 2005 and 2017, but Call of Duty: WWII straddles the fence between being a callback and appealing to modern aesthetics. Progression and player customization are here, but wall running, double-jumping, and superpowers haven’t made the cut. The result is multiplayer that feels fresh in a genre that has long moved on, even if the typically claustrophobic environs tend to make many of the weapons feel less viable than others.

I am what most multiplayer gamers would consider a filthy casual, and as such do not have an opinion on the highest level of competitive gameplay in WWII. I am quite sure this are a veritable host of major and minor quibbles with regard to balance, but I genuinely enjoyed the time I spent online. It was the most fun I’ve had since the early days of the franchise — the last time I found the multiplayer this engaging was in the original Modern Warfare. The class system offers unique advantages, without restricting your ability to adapt. 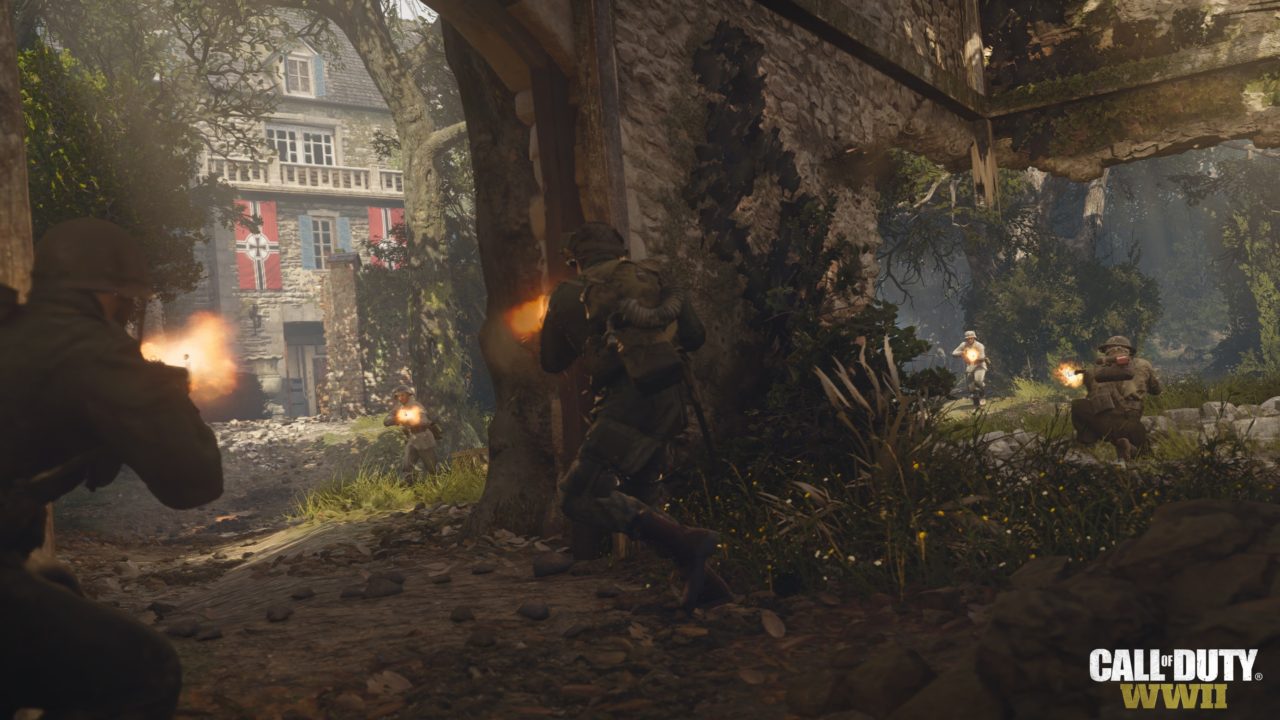 Headquarters, the multiplayer lobby that sits between matches, is an innovative hub with plenty of its own attractions on hand. One-on-one matches can be enjoyed as competitor or spectator, and contracts offer specific objectives to complete in-match for additional rewards. Overall, this year’s entry provides far more ways to keep the experience fresh for the average player.

So WWII looks, sounds, and (mostly) plays well. Still, I cannot quite give it my full-throated recommendation: I would have liked to see a meatier story, which capitalized on the emotional range of the cast and the narrative’s dire setting. I also frequently found myself wishing for level design that offered some options; there are far too many instances in which your objectives can be boiled down to forward momentum. Online, level design virtually mandates either an SMG or a shotgun. With the variety of armaments on hand, that is an enormous missed opportunity. 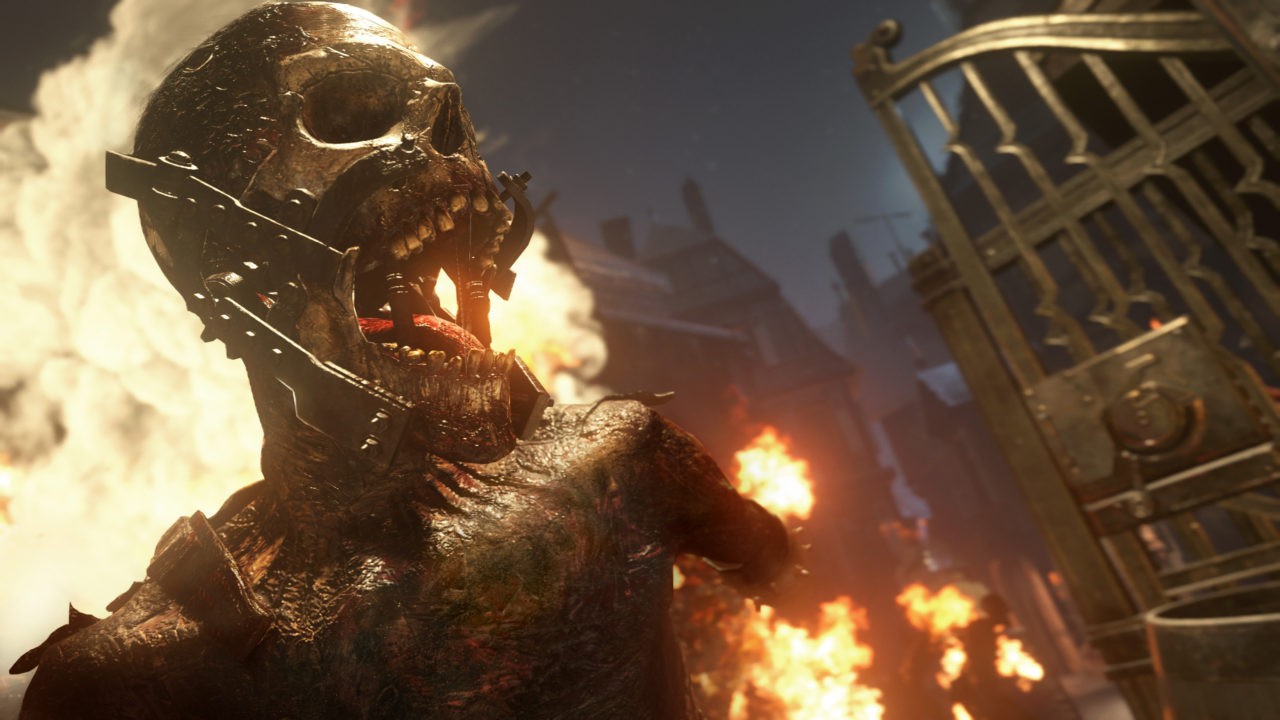 I was also mystified by the lack of cooperative gameplay in the campaign. While almost every moment of the story takes place in the company of your loyal squadmates, no one can join in to play their roles. It is a strange omission in what appears to be the perfect framing device for a joint experience. The only cooperative presence comes in the form of the Zombies mode. Frankly, it remains the weakest part of an otherwise competent package.

But overall, Call of Duty: WWII is a solid buy for long-time fans and for those who have been itching for a return to historical action. And while I can’t help but feel that a longer development cycle would produce the sort of truly memorable moments for which the series first gained its almost mythic popularity, I will do one thing with this year’s entry that I haven’t in a very, very long time: remember it.