A report from the Outline finds that conservative sites including Breitbart News and Fox have also seen dramatic falls in engagement, while mainstream sites like CNN and the New York Times were unaffected.

Using data from analytics service Buzzsumo, the online publication found a stark contrast in the engagement rate for conservative media vs. mainstream media, with the former dropping sharply while the latter held steady. The Outline also found a decline in engagement for what they call left-wing “clickbait” sites, including Shareblue and BuzzFeed. 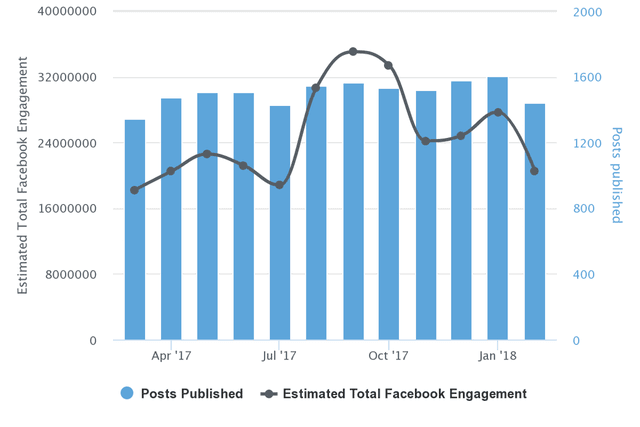 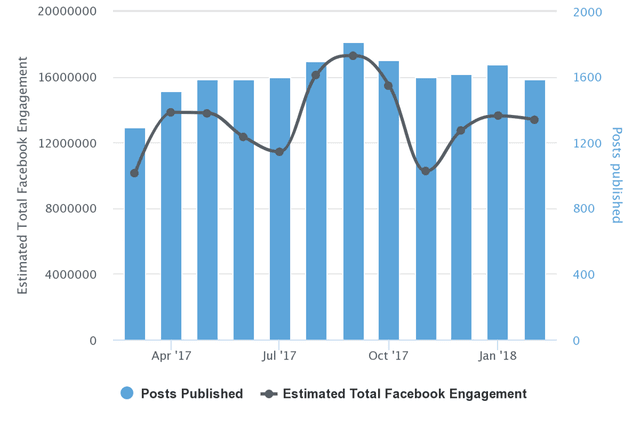 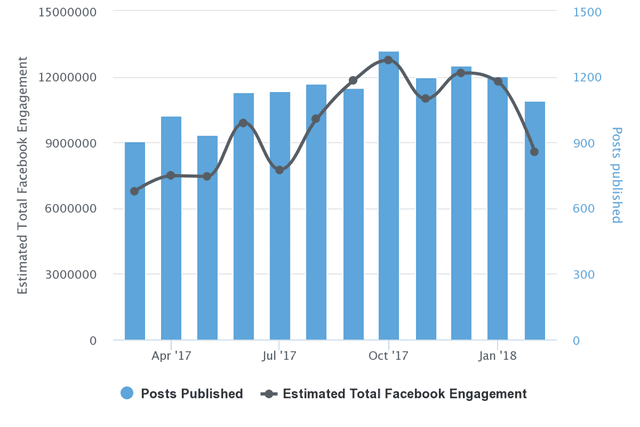 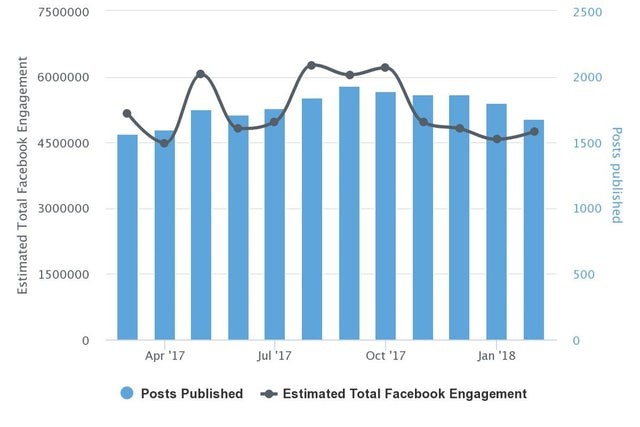 The Outline reports that engagement for conservative media, much like the decline in engagement on President Trump’s page, cannot be attributed to a decline in posting frequency.

Jim Hoft’s Gateway Pundit … experienced a 55 percent drop in Facebook engagement from January to February despite the fact that the number of posts made had only decreased by approximately 20 percent. Similarly, though Steve Bannon’s Breitbart was only posting roughly 9 percent less content, Breitbart’s engagement dropped by nearly 28 percent, and interactions with the wildly popular Prager U decreased by nearly 32 percent despite the fact that the site was publishing approximately 18 percent more content than in January.

Mainstream media saw their engagement hold steady or even increase, despite a moderate decline in posting frequency.

As evident by the above charts, popular conservative news publishers like Fox News experienced a serious dip in total Facebook engagement following the company’s January announcement, while popular liberal ones, such as CNN, did not. According to BuzzSumo, Through Fox News posted about 10 percent less in February than in January, the publisher’s total Facebook engagement dropped by nearly 26 percent, or roughly seven million interactions. Compare this to CNN’s total engagement numbers, which only lowered by 2 percent, and The New York Times, which increased its engagement by about 3 percent, despite the fact that its overall post count was lower. Similarly, The Washington Post experienced a 4 percent increase in engagement despite posting approximately 11 percent less.

Read the full report at The Outline.