The following post is sponsored by Free Our Internet.

Congressman Marsha Blackburn (R-TN) said it best in response to two pro-Trump vloggers who were flagged by Facebook as “unsafe for the community:” “Diamond and Silk is not hate speech,” Rep. Blackburn told Zuckerberg.

Blackburn was right. Does this look unsafe to you? 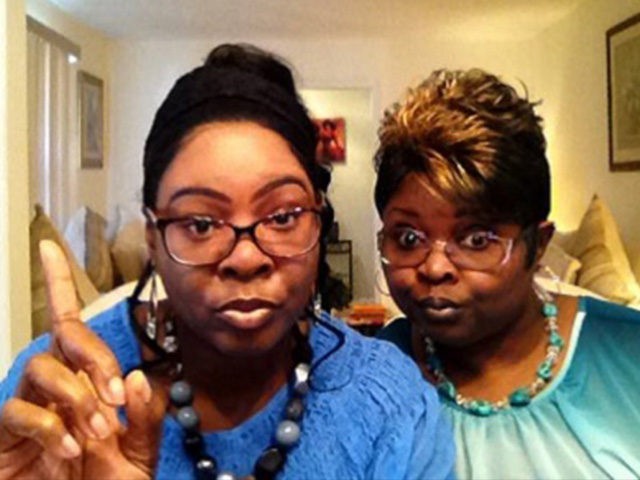 Why do Silicon Valley elites think conservative speech is hate speech? For years, companies like Google and Facebook have been banning, blocking, and censoring anything that goes against their worldview.

Congresswoman Cathy McMorris Rodgers (R-WA) pinned Zuckerberg down on how Facebook recently banned an advertisement from a Catholic organization on Easter Sunday because it contained a crucifix.

McMorris Rodgers was right. Conservative speech is not hate speech. 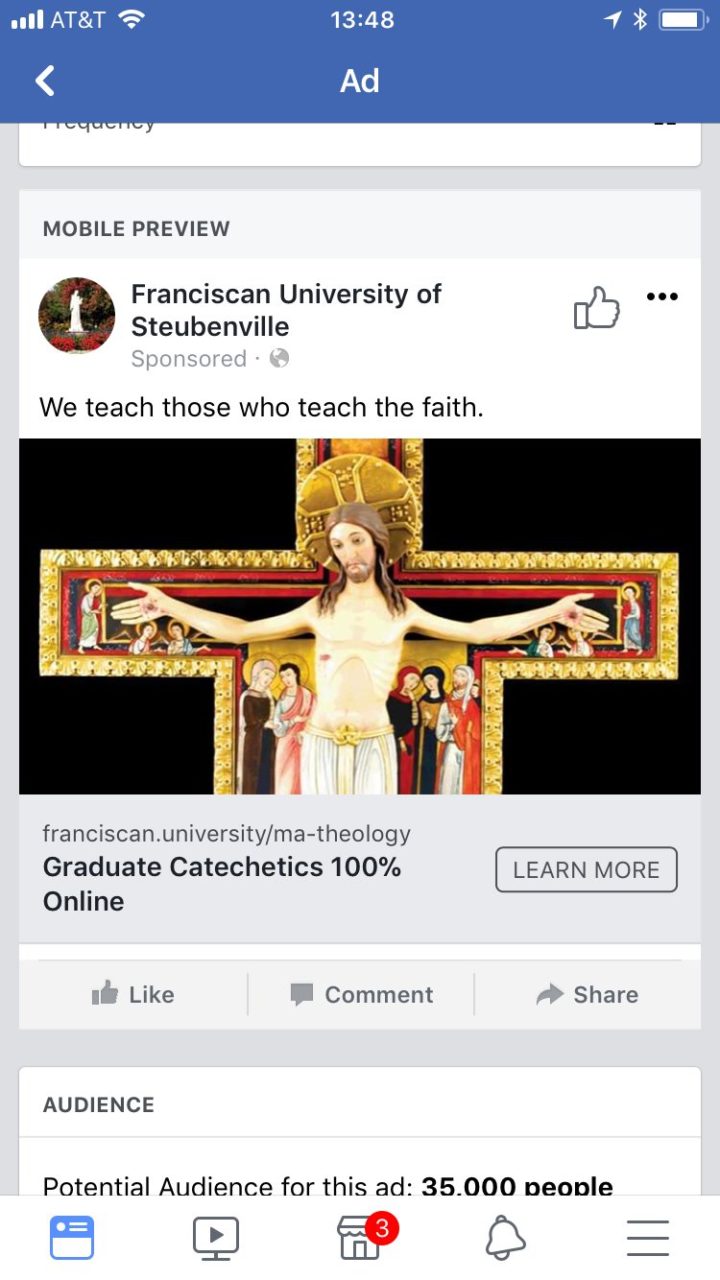 Senator Ted Cruz (R-TX) also pointed out the double standard towards conservative speech online in an exchange with Zuckerberg, grilling him on the company’s political bias. Take a look:

CRUZ: Let me — let me ask this question: Are you aware of any ad or page that has been taken down from Planned Parenthood?

ZUCKERBERG: Senator, I’m not. But let me just …

CRUZ: How about moveon.org?

CRUZ: How about moveon.org?

ZUCKERBERG: I’m not specifically aware of those …

CRUZ: How about any Democratic candidate for office?

ZUCKERBERG: I’m not specifically aware. I mean, I’m not sure.

Congressman Frank Upton (R-MI) questioned Zuckerberg on a recent case of a conservative political candidate’s ad being taken down and marked as “shocking and disrespectful.” Not surprisingly, Zuckerberg was conveniently unaware of this case and unable to give concrete solutions on how to avoid it again.

Upton was right. Does this look shocking and disrespectful to you? 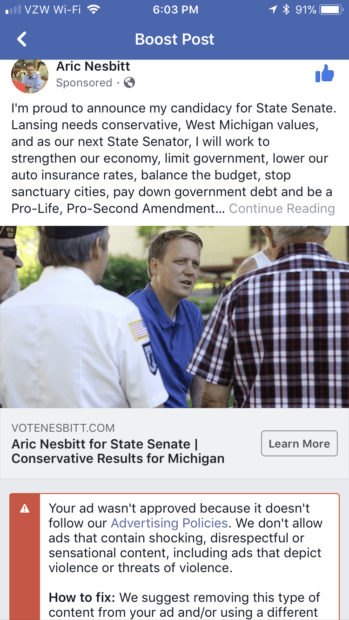 We’ve long known that Silicon Valley monopolies like Google and Facebook have been using their gatekeeper positions to censor conservatives. They claim to be a neutral platform, but they serve as a vehicle for advancing speech that only fits a liberal agenda. It’s up to the public to stand up to these giants and help maintain free speech online, which is where our society communicates in the 21st century.

Learn more about how companies like Google and Facebook are abusing your privacy, censoring conservatives, and abdicating their responsibilities as self-described open platforms by visiting FreeOurInternet.org.