Former BuzzFeed manager Jason Sweeten created a BuzzFeed quiz, Monday, criticizing the company’s mass layoffs. The quiz, titled “Do You Still Have A Job At BuzzFeed?” calls for employees to unionize while mocking the company’s culture and practices.

According to his LinkedIn profile, Sweeten, who was a Creative Manager before becoming Senior Creative Lead, left BuzzFeed in June 2018.

However, BuzzFeed allows any online user to create community quizzes, which then appear on the site.

The quiz, titled, “Do You Still Have A Job At BuzzFeed?” featured many joke answers bashing the company. 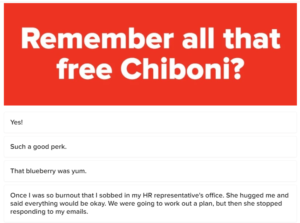 One question, “Are you a manager?” provided the selectable answer: “Yes. But that’s because it was the only way for me to advance here. Then there wasn’t much training, and now I fear I’m doing a poor job. But also, I can’t revert to being a writer because they say that I’m needed. It’s so confusing.” 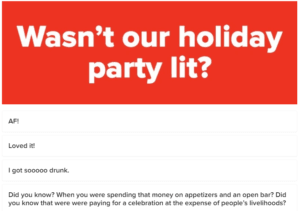 Another question,” What’s your favorite BuzzFeed memory?” provided the answer: “The Try Guys spent eight hours trying to pop a weather balloon right by my desk. It was for Facebook live, and the noise was very distracting. I missed a deadline, and my boss called me incompetent via Slack,” while other questions provided answers related to company unionization and the problems laid-off employees are having with receiving PTO.

Last week, BuzzFeed reportedly cut 15 percent of its staff. A group of current and former employees have argued against the company, claiming it should pay the laid-off employees their accrued time off.