President Trump takes Twitter seriously.  After all, he can boast of having almost 60 million Twitter followers, and he has tweeted more than 41,000 times. Still, it was interesting to see, on the morning of April 23, that he tweeted out some considerable thoughts on the social-media platform:

The best thing ever to happen to Twitter is Donald Trump.” @MariaBartiromo  So true, but they don’t treat me well as a Republican.  Very discriminatory, hard for people to sign on.  Constantly taking people off list.  Big complaints from many people.  Different names-over 100 M . . . But should be much higher than that if Twitter wasn’t playing their political games.   No wonder Congress wants to get involved – and they should.  Must be more, and fairer, companies to get out the WORD! 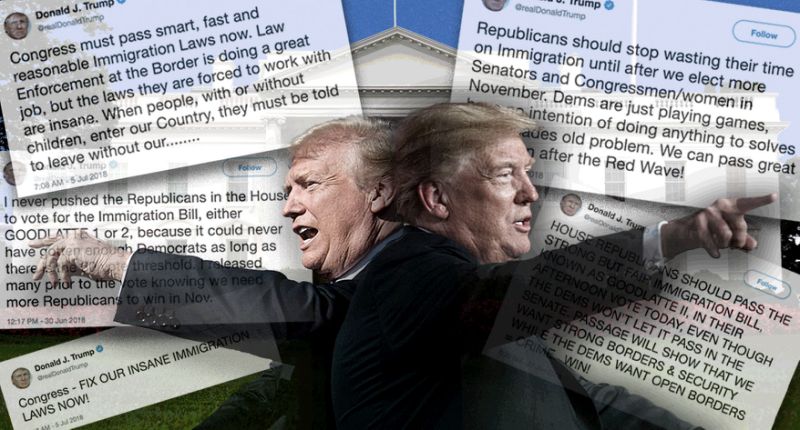 If we unpack these comments a bit, we can see that Trump thinks a) Twitter is biased against both him and Republicans; b) Congress needs to take a look, perhaps with an eye toward some sort of regulation; and c) new companies ought to get into the social-media space.  In other words, some real news, on possible digital policy initiatives.

Then, on the afternoon of April 23, we learned that Trump and Twitter CEO Jack Dorsey actually met in the Oval Office.  Needless to say, the president tweeted about the session:

Great meeting this afternoon at the @WhiteHouse with @Jack from @Twitter.  Lots of subjects discussed regarding their platform, and the world of social media in general.  Look forward to keeping an open dialogue!

Jack had a constructive meeting with the President of the United States today at the president’s invitation.  They discussed Twitter’s commitment to protecting the health of the public conversation ahead of the 2020 U.S. elections and efforts underway to respond to the opioid crisis. 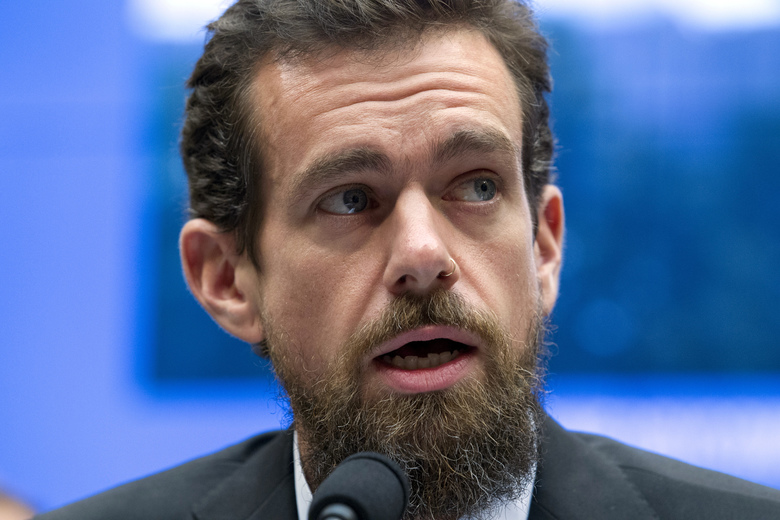 By the standards of diplomacy, including corporate diplomacy, that was a pleasant enough exchange.  Of course, more details of the meeting will soon be dribbling out—if not gushing out.  As The Washington Post reported that evening:

A significant portion of the meeting focused on Trump’s concerns that Twitter quietly, and deliberately, has limited or removed some of his followers, according to a person with direct knowledge of the conversation who requested anonymity because it was private.  Trump said he had heard from fellow conservatives who had lost followers for unclear reasons as well.

In the meantime, other outlets, obviously enabled by Twitter, offered a harsher take on Trump.  For instance, the headline in The Daily Beast read, “Twitter CEO Gently Tells Trump: Your ‘Lost’ Followers Are Bots and Spam Accounts.”  Citing “a source familiar with the conversation,” the Beast added some details, the point of which was to show that Dorsey had schooled Trump:

Dorsey . . . had to explain to the president that like other Twitter users, @realDonaldTrump periodically loses followers when the site deletes fake or bot accounts. Dorsey even said he himself had lost followers as a result of Twitter’s efforts to delete fake accounts . . . Dorsey assured Trump that the company wants him, and everyone else on Twitter, to have only real followers, according to the source.

So there we have Twitter’s side of the story: According to the company, the well-meaning Dorsey was invited to meet with Trump, and then, sitting across the Resolute Desk from him, he politely explained the nature of the tech world.  The message, of course, is that Twitter is always fair, seeking only what’s best for Trump and other users.  Meanwhile, no doubt another hundred or two stories will be coming in the next few days, many of them coached by Twitter’s p.r. operation.

Thus we can see, there’s a rather sharp distinction in the two views, Trump and Dorsey.  For their part, Breitbart News readers who still need to form an opinion might start by perusing this site, which has published hundreds of articles about Twitter, many of them alleging—make that, proving—bias.  Indeed, just on the 23rd, conservative author Andrew Meyer tweeted, “Breitbart has over 1 million Twitter followers.  Somehow their tweets don’t get high engagement.”  Yes, how ‘bout that.

In the meantime, Twitter spin doctors have been working hard to portray the more liberal side of  Dorsey: their preferred portrait is that of the Sensitive Progressive who must deal with right-wing ogres.

For example, on April 25, we learned about the nice chat between Dorsey and Rep. Ilhan Omar.  It seems that Omar was concerned about a video posted on Twitter by Trump, which juxtaposed her notorious words, “some people did something,” alongside images of 9/11.  Regretfully, Dorsey explained to Omar (and then to the Post) that he couldn’t take the video down, because it didn’t violate any existing rules, but then, as the Post reported, “The Twitter executive did tell Omar that the tech giant needed to do a better job generally in removing hate and harassment from the site, according to the two people familiar with the call.”  So in other words, Dorsey is trying his best to be on Omar’s side.  (Further clarifying the sourcing, the Post added that Omar’s office had declined to comment, which makes it plain that the story came from Twitter.) 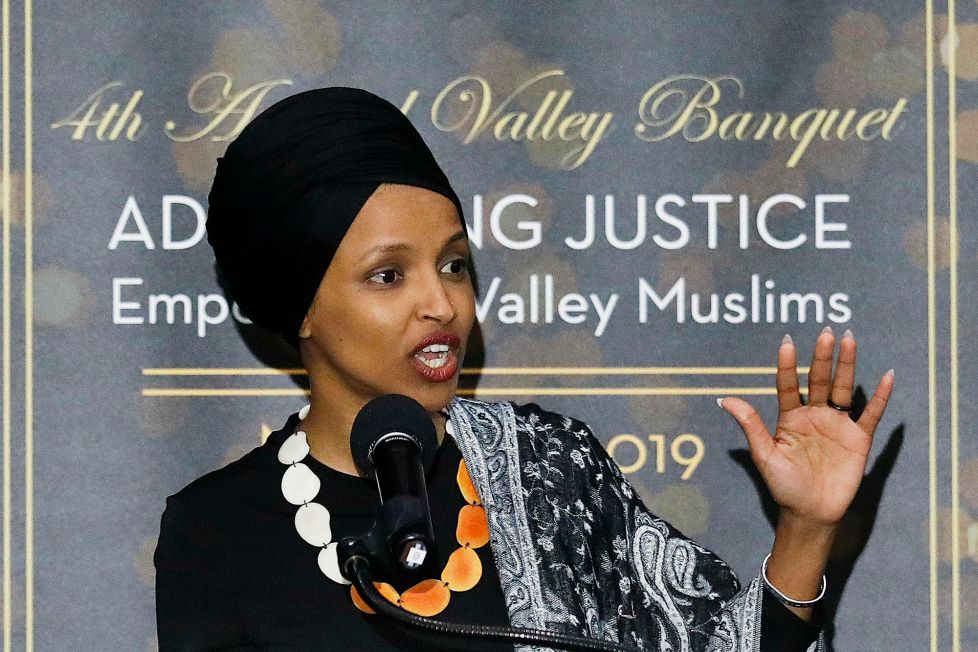 And oh, did Virgil mention that Twitter executives reportedly regard some Republican office-holders as indistinguishable from white supremacists and neo-Nazis?   That is, according to the online publication Motherboard, as far as Twitter’s algorithms are concerned, it wouldn’t be possible to ban the Nazis without banning Republicans.  Isn’t it amazing what leaks out.

Yes, in the wake of Dorsey’s meeting with Trump, Twitter wants the world—especially the world in and around San Francisco–to know that, too.  Not surprisingly, given MSM belief systems, the meme that the GOP = white supremacist went viral, picked up all over, including Politico’s buzzy morning publication, “Playbook.”

Indeed, the recent flap over the pro-life movie Unplanned provides us with a more visible case study of Twitter in action.  Sample headline, from Breitbart News’ Allum Bokhari, on March 30: “Twitter Suspends, Then Quickly Unsuspends Account of Pro-Life Movie ‘Unplanned’ During Release Week.”  Twitter, of course, assured everyone that its actions were just an innocent error.  Okay, the movie was just coming out, and it needed all the media boost it could get in its launch phase, but hey, mistakes were made.  So the message was, as cops like to say, “Nothing to see here, move along.” 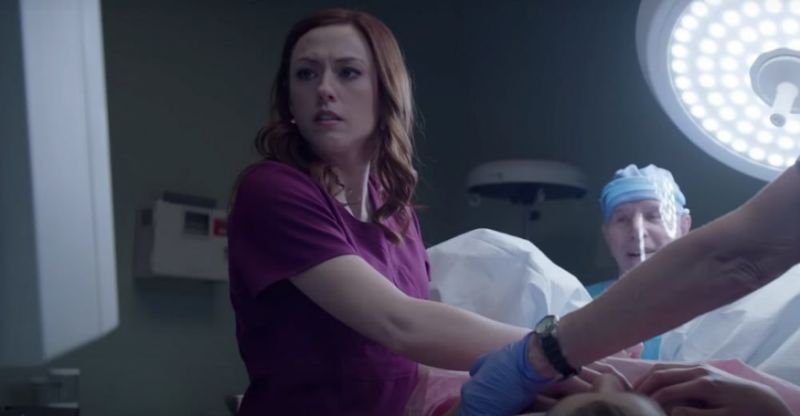 Of course, after a while, if all the “innocent errors” seem to be directed toward the right, not the left, then the right will be suspicious, and justifiably so.  Indeed, Unplanned screenwriter Chuck Konzelman told Breitbart News’ Amanda House on Sirius XM radio that it was time for a more searching look at the tech companies; as he said on April 11:

If the tech giants want to be protected by the special protection under the law that they have, I think that they have to make the algorithms public—that they use to figure out what’s allowed and what’s not.

No doubt Twitter will resist that request, as will all the other social companies.

In other words, Dorsey & Co. are asking us to trust them.  To which we should be saying, in the spirit of Ronald Reagan, “Trust, but verify.”  Which is to say, don’t trust them at all, because if you truly trust someone, you don’t need to verify.

The tech companies are so huge that they can’t just be seen as entrepreneurial lemonade stands by the side of the road; they are more like utilities–possessed of great powers, but also burdened by great responsibilities.   And so, as Konzelman says, for the sake of the public interest, it’s time for some full disclosure.