Twitter is censoring another meme mocking Democrat presidential candidate Joe Biden, just a day after it blocked a satirical video about the candidate posted by President Donald Trump.

The new meme is a mock campaign ad featuring Biden, with the slogan “His brain? No. His heart.” 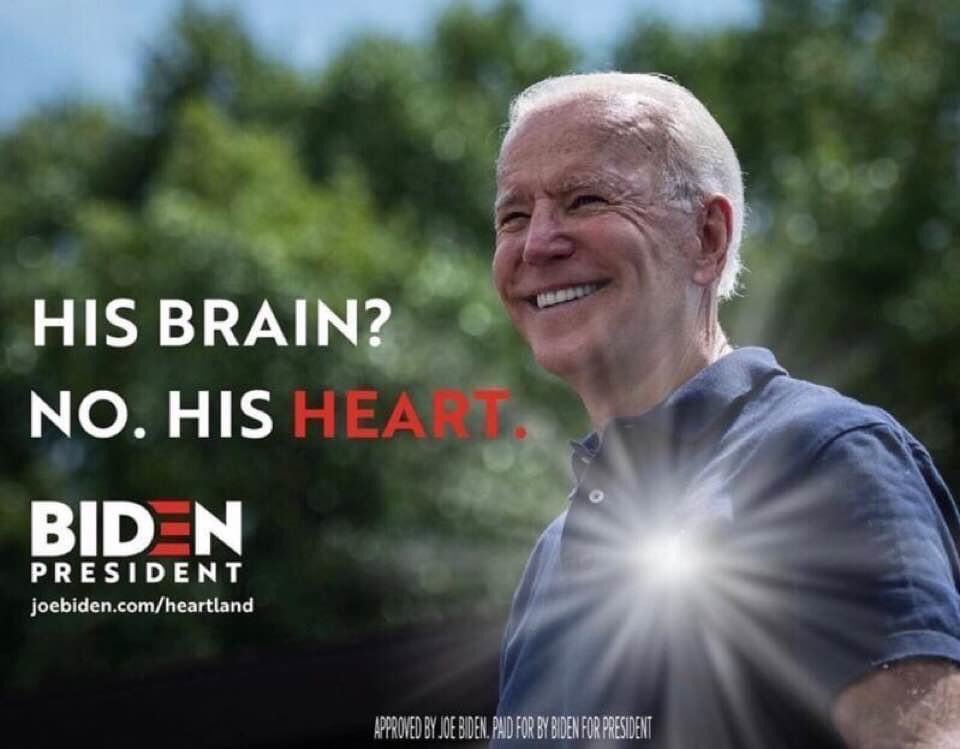 The meme is a subtle swipe at Biden’s increasing propensity for gaffes and confused statements. These “Biden brain freezes” have been covered extensively by Breitbart News, and continue to accumulate.

OMG GUYS DON'T POST THE "NOT HIS BRAIN" BIDEN AD. AS SOON AS YOU POST IT IT GETS REMOVED AND YOUR ACCOUNT GETS LOCKED. NOT A JOKE. LOL pic.twitter.com/2ACGVkU4sI

This was her tweet that got her kicked of. pic.twitter.com/a3U767zm1N

Twitter has locked the accounts of @iheartmindy @johncardillo and @YesThatAnna for posting the meme of Joe Biden's fake ad about his heart. pic.twitter.com/fIG6f5oDQs

Liberal tech publication the Verge, which notified Twitter of the meme, received a response from a company spokesperson who confirmed that the satirical image violated its policies.

“Our enforcement team determined that this Tweet violates our Election Integrity Policy. They’re taking appropriate steps to enforce our policy across the service,” the spokesperson told The Verge.

Twitter’s latest intervention on behalf of Biden comes within 48 hours of the company removing a satirical video about the Democratic candidate posted by President Trump. Despite maintaining a policy that world leaders will not be censored, Twitter responded to a copyright complaint about the video, which consisted of an old Allstate advert edited to include one of Biden’s many gaffes.

A Twitter spokesman, attempting to explain the censorship of the president, told Breitbart News “Per our copyright policy, we respond to valid copyright complaints sent to us by a rights holder or their authorized representatives.”