The official Twitter account of Breitbart News remains locked and unable to post, because it was used to post a video of a press conference featuring Rep. Ralph Norman (R-SC) and frontline doctors sharing their views and opinions on coronavirus and the medical response to the pandemic. The platform has yet to respond to Breitbart’s appeal after nearly 48 hours.

Twitter is punishing a news organization for live-streaming a press conference held by a congressman and licensed medical doctors.

Breitbart News lodged an appeal with Twitter on Tuesday afternoon. Nearly 48 hours later, Twitter has yet to respond or restore Breitbart’s ability to post. Twitter has not replied to a Breitbart News request for comment on how long such a review is expected to take.

Twitter emailed Breitbart News with notice of the suspension:

Twitter has ramped up its censorship in recent months, recently making the unprecedented decision to delete one of President Trump’s tweets. 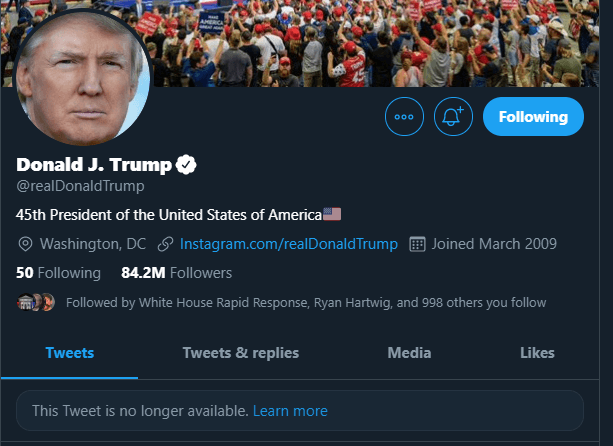 After Twitter’s initial decision to suspend Breitbart’s posting abilities, a Twitter spokeserson said, “Tweets with the video are in violation of our COVID-19 misinformation policy. We are taking action in line with our policy here.”

Twitter also suspended the account of the president’s son Donald Trump Jr. for posting the same video. PragerU and other prominent conservative accounts on Twitter have recently been suspended for either posting links to the video or commenting on HCQ.

Big Tech is the biggest threat to free expression in America today & they're continuing to engage in open election interference – full stop. pic.twitter.com/7dJbauq43O