A recent report from the New York Times outlines the experience of a Tesla owner who survived a crash involving the vehicle’s Autopilot system. Although the Tesla owner lived to tell his story, a 22-year-old college student was killed in the crash, which the Times describes as the Tesla system failing at a “basic function.” The NHTSA is currently investigating Tesla over its purportedly self-driving Autopilot system.

In a recent article titled “‘It Happened So Fast’: Inside a Fatal Tesla Autopilot Accident,” the New York Times outlines the story of George Brian McGee, a Florida-based finance executive who was using the Autopilot system in his Tesla Model S when the vehicle collided with a parked Chevrolet Tahoe, killing a 22-year-old college student, Naibel Benavides.

McGee was driving home in his Tesla Model S using the car’s Autopilot system that allows the vehicle to steer, brake, and accelerate on its own. During the trip, McGee dropped his phone and bent down to pick it up. During the time that McGee was not looking at the road, neither he nor the vehicle’s Autopilot noticed that the road was ending and the car drove past a stop sign and flashing red light, resulting in the fatal crash.

Mr. McGee’s statements to investigators, the accident report and court filings paint a tragic picture of overreliance on technology. They also strongly suggest that Autopilot failed at a basic function — automatic emergency braking — that engineers developed years ago. Many newer cars, including models much more affordable and less sophisticated than Teslas, can slow or stop themselves when an accident seems likely.

On Monday, the National Highway Traffic Safety Administration said it had opened a formal investigation into Autopilot. The agency said it was aware of 11 accidents since 2018 involving Teslas that crashed into police, fire and other emergency vehicles with flashing lights parked on roads and highways. In one of them, a Tesla plowed into a fire truck in December 2019 in Indiana, killing a passenger in the car and seriously injuring the driver.
Distracted driving can be deadly in any car. But safety experts say Autopilot may encourage distraction by lulling people into thinking that their cars are more capable than they are. And the system does not include safeguards to make sure drivers are paying attention to the road and can retake control if something goes wrong.

Breitbart News has reported extensively on crashes involving Tesla’s autopilot system. Breitbart News reported in April that two men died near Houston after a Tesla vehicle which was believed to be operating without anyone in the driver’s seat crashed into a tree. Sgt. Cinthya Umanzor of the Harris County Constable Precinct 4 said: “There was no one in the driver’s seat.”

The 2019 Tesla Model S vehicle was traveling a high rate of speed when it failed to correctly navigate a curve and left the roadway, crashing into a tree and exploding into flames, according to local television station KHOU-TV. 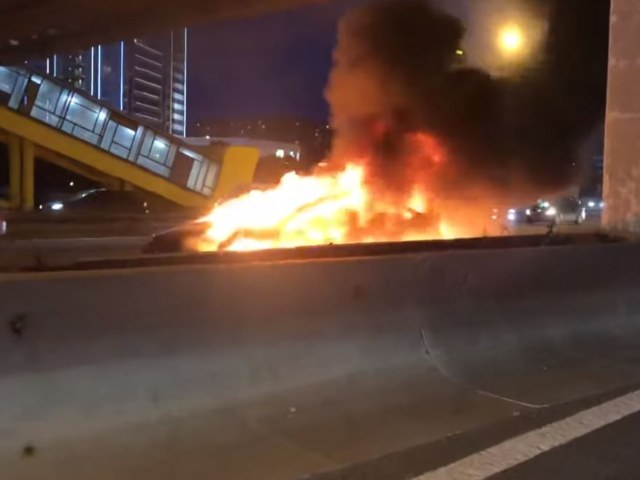 In January of 2020, Breitbart News reported that the NHTSA was launching an investigation into a crash in Indiana in which a Tesla Model 3 collided with a fire truck. The crash resulted in the death of a passenger and at the time marked the 14th crash involving a Tesla that the NHTSA’s special crash investigation program suspected involved Tesla’s Autopilot system.