Nielsen, the nation’s largest TV viewership tracking service, may lose its official accreditation from the Media Rating Council (MRC), according to reports.

For years, Nielsen — the nation’s largest TV audience tracking firm that the industry relies upon — has been criticized for providing inaccurate data.

In this Aug. 13, 2020 file photo, the logos for Netflix, Hulu, Disney Plus and Sling TV are pictured on a remote control in Portland, Ore. As streaming services proliferate, it can be a challenge to keep track of where some favorite TV shows and blockbuster movies are available. (AP Photo/Jenny Kane)

With more people using DVRs, smartboxes, and even their phones to consume media, the company’s method of measuring TV viewership is accused of being obsolete.

Instead of updating its methods to meet the 21st century, Nielsen’s main policy change in recent years has been much the same of other large corporations — it’s gone woke.

In July 2020, it published a “Promoting Racial Equity in Sports” study. In the same month, the company released a statement praising far-left Colin Kaepernick and his agitation as a “catalyst for important conversations, many of them outside professional sports. His protest set the stage for a seismic shift in attitudes, resulting in broad awareness of systemic racism.” A month later, Nielsen pledged its support to Black Lives Matter, and announced a $1 million fund for black-owned businesses. 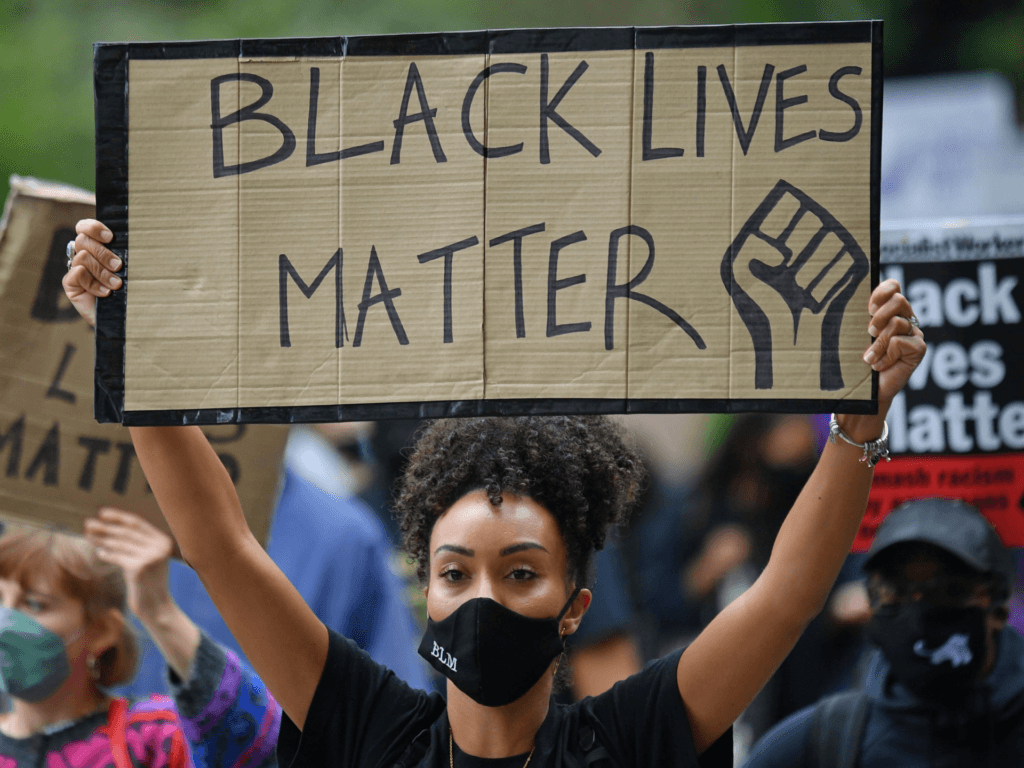 People hold up placards in support of the Black Lives Matter movement as they take part in the inaugural Million People March march from Notting Hill to Hyde Park in London on August 30, 2020, to put pressure on the UK Government into changing the “UK’s institutional and systemic racism”. – The march is organised by The Million People Movement, and takes place on the bank holiday weekend usually associated with the Notting Hill Carnival, this year cancelled due to the coronavirus covid-19 pandemic. (Photo by JUSTIN TALLIS / AFP) (Photo by JUSTIN TALLIS/AFP via Getty Images)

At the same time, Nielsen found itself embroiled in controversy after controversy over allegedly inaccurate data that could have cost the industry millions of dollars in advertising revenue.

A review of recent Nielsen efforts to map out TV audience activity determined the company likely undercounted TV audiences in February of this year, a development that is expected to intensify a growing rift between the measurement giant and the TV networks who depend on it to set discussions with advertisers that help undergird billions of dollars in advertising.

In a letter sent to clients Monday that was reviewed by Variety, Nielsen acknowledged the discrepancies. “As a result of some of the COVID measures we implemented, we found that there was some understatement of audience estimates. The variance differed by daypart, demographic and program,” the company said.

Any miscounting may be worth millions of dollars in advertising. The Video Advertising Bureau estimates suggest that a 1% undercounting of audiences in February may represent $39 million in ad dollars, while a 6% undercounting could represent $234 million. Extrapolated over 12 months, the organization projected those figures could mean as much as $468 million to $2.8 billion.

As a result of the under-reporting controversy, the Video Advertising Bureau, a group representing most of the major TV networks, urged the Media Ratings Council to suspend Nielsen’s accreditation.

The MRC has warned Nielsen that its problems can’t all be explained away by coronavirus restrictions, with MRC executive director Georgie Ivie saying the company “has also had some deep-rooted, ongoing performance issues that have threatened its accreditation, many of which pre-dated the well-documented Covid pandemic-related impacts to its panels.”