Facebook has responded to a recent series of reports from the Wall Street Journal containing leaked internal documents that show that Instagram often has a negative effect on the mental health of its teenage users and is particularly toxic for teen girls.

The Verge reports that Facebook has responded to recent reports from the Wall Street Journal detailing the internal workings of the company.

Facebook CEO Mark Zuckerberg is applauded as he delivers the opening keynote introducing new Facebook, Messenger, WhatsApp, and Instagram privacy features at the Facebook F8 Conference at McEnery Convention Center in San Jose, California on April 30, 2019. – Got a crush on another Facebook user? The social network will help you connect, as part of a revamp unveiled Tuesday that aims to foster real-world relationships and make the platform a more intimate place for small groups of friends. (Photo by Amy Osborne / AFP) 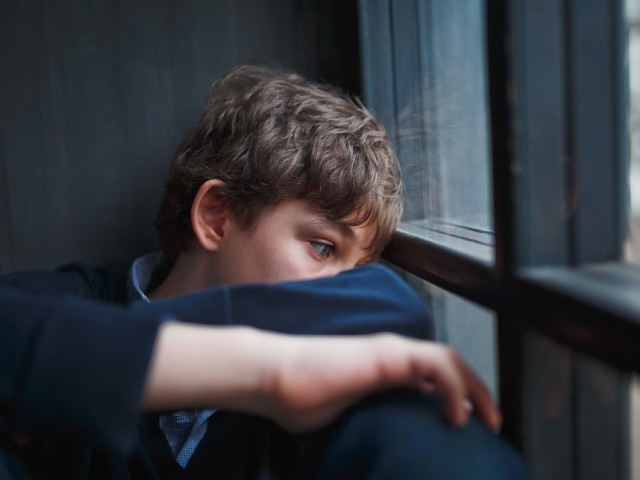 Pensive sad boy teenager in a blue shirt and jeans sitting at the window and closes his face with his hands. – (stock photo/Getty)

In a report titled “Facebook Knows Instagram Is Toxic for Teen Girls, Company Documents Show,” the Wall Street Journal claims that Facebook is aware that its photo-sharing app Instagram can have a negative effect on the body image of young women.

Now, Facebook is pushing back on claims made by the WSJ that Facebook was aware of the harm that Instagram could have on teenagers yet “has made minimal efforts to address these issues and plays them down in public.”

Pratiti Raychoudhury, Vice President, Head of Research at Facebook, states in a recent post to Facebook’s Newsroom that the WSJ’s claims are “not accurate” and that the WSJ’s interpretation of the data it had from Facebook was incorrect.

It is simply not accurate that this research demonstrates Instagram is “toxic” for teen girls. The research actually demonstrated that many teens we heard from feel that using Instagram helps them when they are struggling with the kinds of hard moments and issues teenagers have always faced. In fact, in 11 of 12 areas on the slide referenced by the Journal — including serious areas like loneliness, anxiety, sadness and eating issues — more teenage girls who said they struggled with that issue also said that Instagram made those difficult times better rather than worse. Body image was the only area where teen girls who reported struggling with the issue said Instagram made it worse as compared to the other 11 areas. But here also, the majority of teenage girls who experienced body image issues still reported Instagram either made it better or had no impact. We go into more details below on how the research actually lines up with what The Wall Street Journal claimed.

The Verge notes that Raychoudhury ignores other claims made by the WSJ such as that many teens claimed they felt addicted to Instagram. Raychoudhury focuses primarily on taking issues with Facebook’s own research, pointing out that Facebook’s own study had just 40 participants making it an extremely small sample size for a study pertaining to Instagram’s platform of one billion users.

However, neither Facebook nor Instagram has released the data from the study that would allow independent researchers to determine its accuracy or asses the interpretation made by the Wall Street Journal.