A new poll released by the Brandeis Center and the Cohen Research Group reveals that 50 percent of Jewish students have felt “the need to hide their identity” on campus, while 65 percent of students in the leading Jewish fraternity and sorority have “felt unsafe” on campus.

“50% of Jewish students hide their Jewish identity and more than half avoid expressing their views on Israel,” the study states. 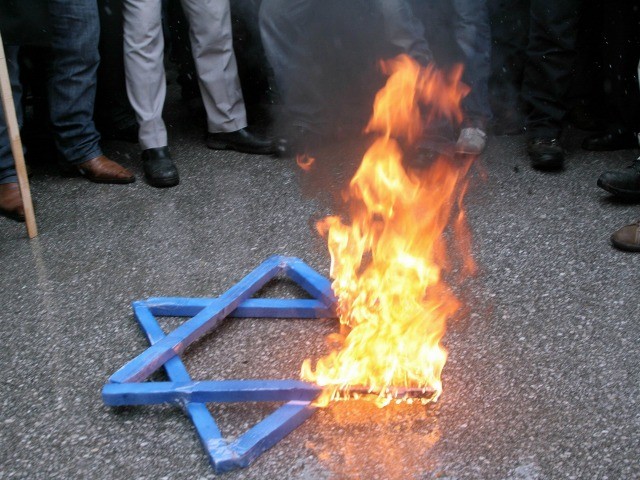 Protesters shout slogans as a Star of David burns at a protest against Israeli attacks on Gaza, in front of Israel’s Embassy in Ankara on December 28, 2008. Israeli tanks massed at the border with the Gaza Strip, as Israel warned it could launch a ground attack in addition to its aerial bombardment of Hamas targets in the enclave. (ADEM ALTAN/AFP/Getty) 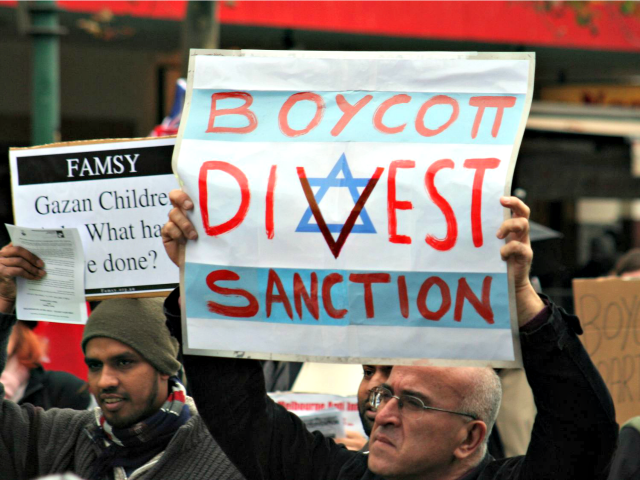 The Brandeis Center also found that “most students surveyed have felt unsafe as a Jew at some point while on campus or in virtual campus settings,” with 64 percent of Alpha Epsilon Pi fraternity members and 67 percent of Alpha Epsilon Phi sorority members not feeling safe “as a Jew on their campus or in virtual campus settings.”

The survey also found that “two thirds of students experienced or were familiar with acts of anti-Semitism over the past 120 days on campus or in virtual campus settings,” and that “as many as 10% were aware of physical attacks against Jewish students.”

Examples of verbal anti-Semitic sentiments that Jewish students say they have experienced on campus included: “Israel treats Palestinians how the Nazis treated the Jews,” derogatory statements, such as “Zionists are murders,” and the claim that “Zionism is a form of white supremacy,” among other statements.

“What we found is not only that anti-Semitic incidents have been going way up, even now during the age of Joe Biden, but that they are having an impact on Jewish students that had never been recorded before,” Marcus said.

Moreover, the study also found that the number of Jewish students who feel unsafe on campus increases as their time at college continues.

Sharon Raphael, the national president of Alpha Epsilon Phi, told Campus Reform that “the longer” Jewish students are in college, “the more they hide.”

“This is truly reprehensible and reeks of earlier dark periods in our religion’s history,” Raphael said.