Twitter has reportedly locked Rep. Jim Banks (R-IN) out of his account after he commented that the “title of first female four-star officer gets taken by a man” in reaction to transgender assistant secretary of health for the HHS Rachel Levine being sworn in as a four-star admiral.

The Biden administration’s Department of Health and Human Services (HHS) announced Tuesday that Levine had been named the first openly transgender four-star officer across any of the eight uniformed services of the United States.

The HHS referred to Levine, a biological male, as its “first-ever female four-star admiral” in a press release on Tuesday. 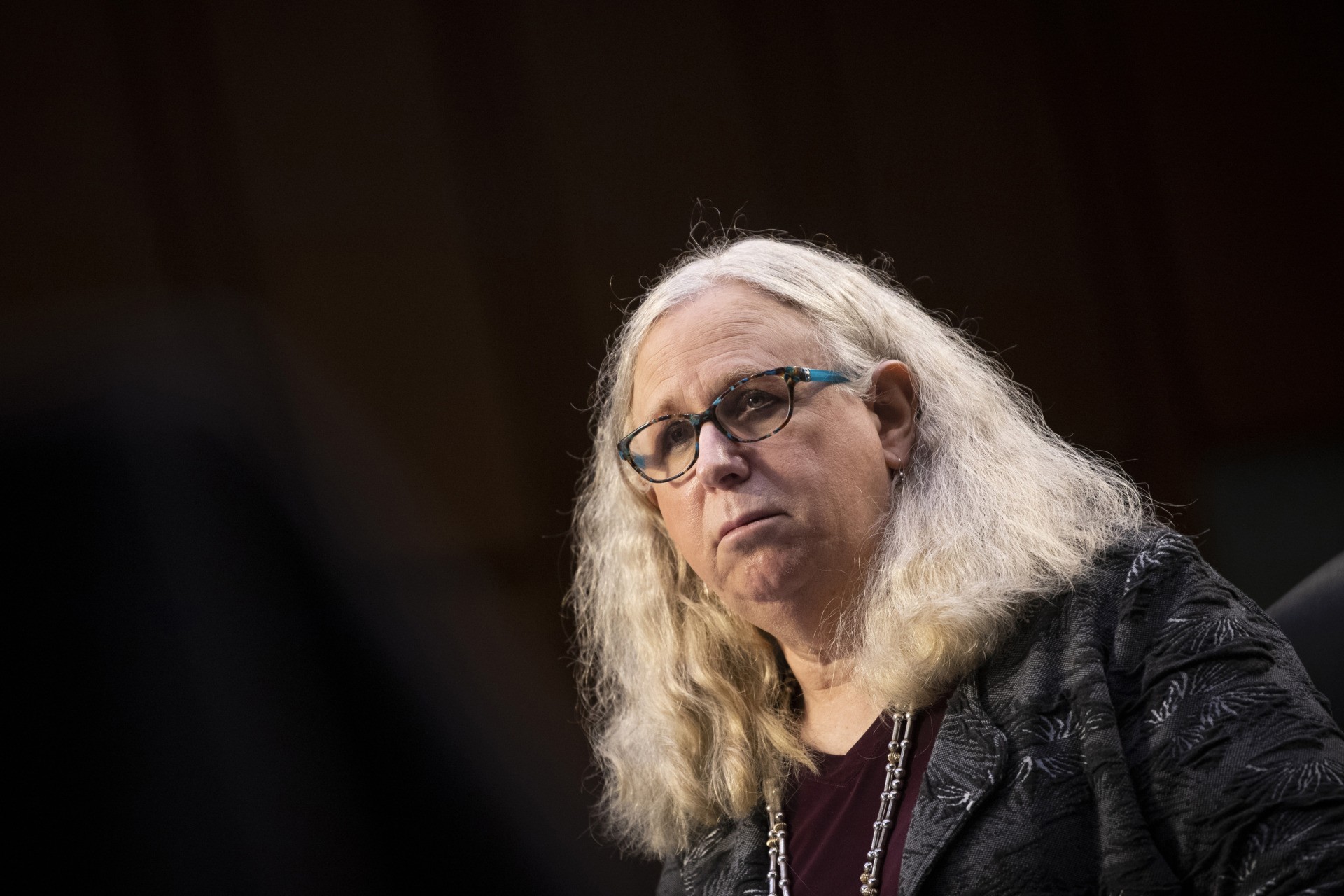 “Admiral Levine now serves as the highest ranking official in the USPHS Commissioned Corps and its first-ever female four-star admiral,” the HHS said.

Banks reacted to the news in a tweet, in which he wrote, “The title of first female four-star officer gets taken by a man.”

Now, the congressman has been locked out of his Twitter account. The Daily Signal reporter Mary Margaret Olohan shared a purported screenshot of the message Twitter sent to Banks, notifying him that he was locked out of his account for “Violating our rules against hateful conduct.”

NEW: Twitter has censored @RepJimBanks for calling HHS' Rachel Levine a man. He will be locked out of his account until he deletes the tweet, "The title of first female four-star officer gets taken by a man." pic.twitter.com/6wdDqJ36kH

“You may not promote violence against, threaten, or harass other people on the basis of race, ethnicity, national origin, sexual orientation, gender, gender identity, religious affiliation, age, disability, or serious disease,” the screenshot read.

Olohan explained that Banks “will be locked out of his account until he deletes the tweet” in which he called the biological male “a man.”

Banks took to his personal Twitter account to issue a statement reacting to the censorship, in which he said, “My tweet was a statement of fact.”

“Big Tech doesn’t have to agree with me, but they shouldn’t be able to cancel me,” the representative continued. “If they silence me, they will silence you. We can’t allow Big Tech to prevent us from telling the truth.”

“When Republicans take back the House next year, we must restore honesty to our public forums and hold Big Tech accountable,” Banks added.

In 2018, Twitter updated its “hateful conduct” policy by banning its users from “misgendering” or “deadnaming” transgender users in an effort to stem what the social media platform called “anti-trans abuse.”