The Center for Countering Digital Hate (CCDH), the far-left British nonprofit currently waging a campaign of pressure against Facebook to force the social media giant to clamp down further against conservative media, is backed by a shadowy Swiss investment group that is funding communist China’s bid for global dominance.

As Breitbart News reported yesterday, the CCDH recently published a report smearing Breitbart News and other conservative media publications as “climate deniers” in an attempt to blacklist them from Facebook.

The far-left organization equated quotes from a Breitbart News radio interviewee criticizing the Green New Deal as an example of “climate denial,” and even Facebook cast doubt on the report’s methodology. 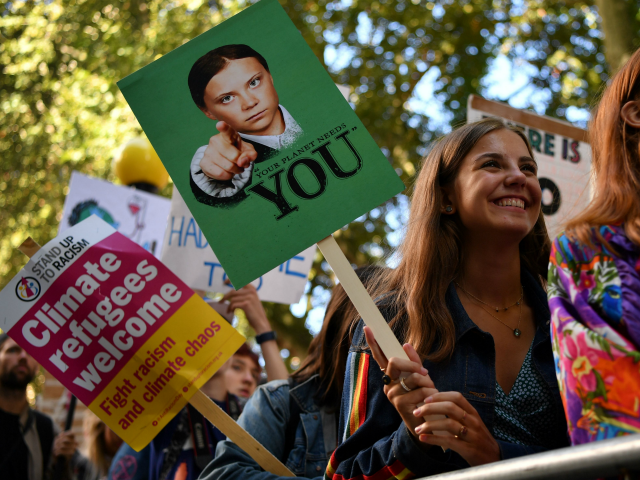 CCDH is funded by the Oak Foundation, an enormously wealthy, shadowy investment entity based in Geneva, Switzerland.

The foundation funds a wide variety of left-wing causes, including efforts opposing the enforcement of U.S. immigration laws, voter registration and mobilization efforts for Democrat-leaning demographic groups, and a broad spread of left-wing environmental groups.

It is also funding communist China’s bid for dominance over global trade networks. 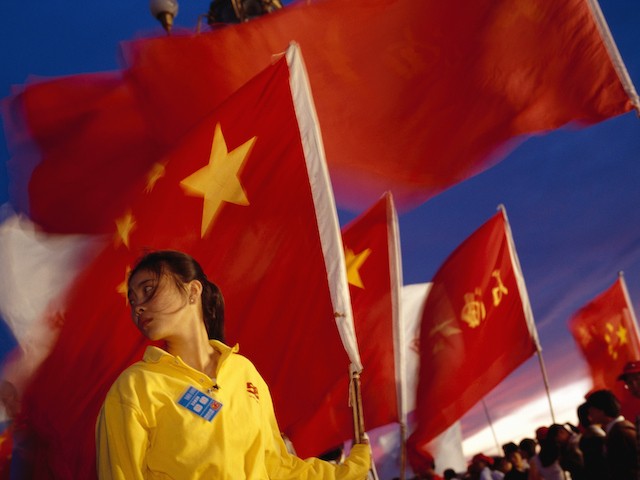 Spectators and participants fill Tiananmen Square during 50th anniversary celebration for the founding of the People’s Republic of China. The annual National Day holiday takes place on October 1st. (Photo by David Butow/Corbis via Getty Images)

In 2018, the Oak Foundation donated $1 million to an organization called the ClimateWorks Foundation, “to support the greening of the Belt and Road Initiative.”

The Belt and Road initiative is one of the Chinese Communist Party’s most ambitious projects, a vast global infrastructure project aimed at linking Europe, Russia, Africa, the Middle East, Asia, the Indian Subcontinent, and the South Pacific in a trade network that starts and ends in China.

U.S. ally Australia recently canceled deals struck by its state of Victoria with the Belt and Road initiative, prompting backlash from Beijing.

The U.S. State Department has criticized the Belt and Road initiative, accusing China of using “debt trap diplomacy” on developing nations after Sri Lanka lost control over a major port after defaulting on a debt to the Chinese.