The Biden administration has selected a George Soros-linked radical, Georgetown Law professor Alvaro Bedoya, as its pick for FTC commissioner. Bedoya is backed by far-left foundations, and is a Russiagate conspiracy theorist who once suggested that Breitbart News was “blocking” a counterintelligence operation into Trump’s non-existent ties to the Russian government.

Bedoya, who will go up before the Senate Commerce Committee next week to face questions about his nomination, is the founding director of the Center on Privacy & Technology at Georgetown Law. 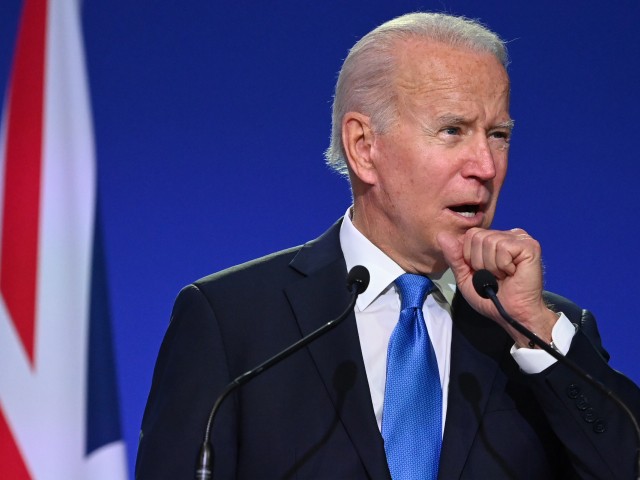 The Center’s financial backers include a string of familiar left-wing and partisan progressive institutions: George Soros’ Open Society Foundations, the Ford Foundation, the MacArthur Foundation, and the Media Democracy Fund, famous for pushing the “Net Neutrality” propaganda campaign during the Obama administration.

The Center also received more than $1.5 million from Luminate, one of the funding arms of PayPal founder Pierre Omidyar, who has done more than perhaps any other left-wing billionaire to push internet censorship.

In addition to funding the pro-censorship Facebook “whistleblower,” Frances Haugen, Omidyar has poured at least $100 million into efforts to fight so-called “hate speech” and “disinformation” on the internet — efforts that almost always result in conservatives and Republicans being kicked off online platforms.

Key: Pelosi and Schumer *both* have the highest levels of access to intelligence. They would not say things like this lightly. pic.twitter.com/3QB70AB06i

Bedoya is no less partisan than his backers. He is a “Russiagate” conspiracy theorist, repeating Democrat insinuations that the Russian government had compromising information about Donald Trump. He also suggested that Breitbart News was somehow blocking a “legitimate counterintelligence inquiry” into Trump’s non-existent ties to Russia.

Watch this. Ocasio-Cortez is unequivocally the future of progressive politics in this country. She is a force to be reckoned with. https://t.co/rMkrltmWaz

The law professor has also praised Rep. Alexandria Ocasio-Cortez (D-NY), one of the most left-wing Democrats in the House, calling her the “future of progressive politics.” 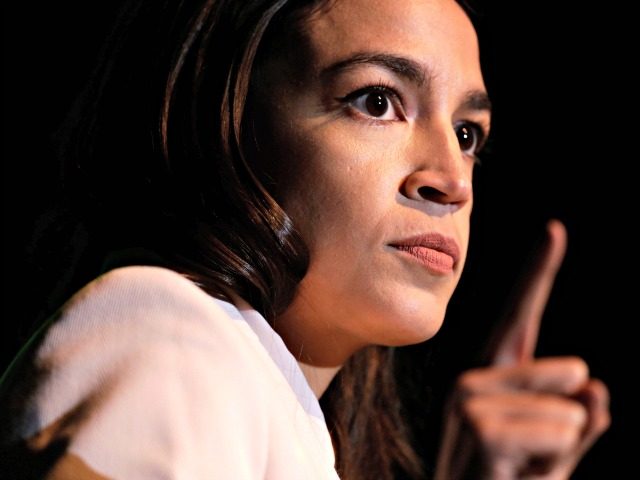 Many users of online platforms are concerned about privacy, Bedoya’s supposed area of expertise. But Bedoya’s privacy concerns are focused on a particular target — the Immigration and Customs Enforcement agency (ICE).

Bedoya has made his intentions to hobble the powers of ICE very clear, and is particularly concerned that new technological tools might help them enforce U.S. immigration laws more effectively.

Maryland police have no business working with ICE. https://t.co/MakMtx70Dp

If you’re wondering whether strong utilities privacy laws and laws to rein in data brokers could have helped here, the answer to that question is YES.

It is time to call ICE what it is: An out-of-control domestic surveillance agency that peers into all our lives.

Condemning ICE as an “out-of-control domestic surveillance agency,” Bedoya also attacked the Maryland Police department for working with the agency.

During his time as director, Bodeya used the resources of the Center on Privacy & Technology at Georgetown to make ICE’s work more difficult, subpoenaing the agency for its use of digital tools to track down people who had broken U.S. immigration laws.

Via the Associated Press:

Civil rights activists complained Monday of the potential for widespread abuse following confirmation that at least three states have scanned millions of driver’s license photos on behalf of Immigration and Customs Enforcement without the drivers’ knowledge or consent. Public records obtained by the Georgetown Law Center on Privacy and Technology provided the first proof that ICE had sought such scans, which were conducted in Utah, Vermont and Washington. … “States asked undocumented people to come out of the shadows to get licenses. Then ICE turns around and uses that to find them,” Alvaro Bedoya, the center’s director, said Monday.

In a discussion with far-left activists including a representative from Color of Change, an organization that has campaigned for credit card companies to cut off service to conservatives, Bodeya worried that online surveillance meant that “undocumented” people would no longer be able to “stay in this country.”

At a time when the Biden administration, Democrats, and the media are waging a relentless campaign against Facebook and other tech platforms, urging them to censor even more dissident opinions, Bodeya has publicly expressed glee at the prospect of wielding greater regulatory powers for the FTC.

8/ Oh, and yes, we *definitely* need to give the @FTC more money — and more authority — to police our tech sector. Whenever you hear about the FTC consent decree against Facebook, remember that it was a small group of people that made that happen.

“[W]e *definitely* need to give the @FTC more money — and more authority — to police our tech sector,” said Bodeya on Twitter. “Whenever you hear about the FTC consent decree against Facebook, remember that it was a small group of people that made that happen. Let’s… make it bigger?”

If the Senate confirms him, Bodeya will get the authority he desires. Tucked away in the Reconciliation Bill is a giant new handful of taxpayer cash for the FTC, and for the very area that Bodeya has established himself in — privacy.

In other words, in addition to the existing resources of the FTC, Bodeya will have a brand new $500 million budget to play with.

Even without Bodeya, the FTC has demonstrated its determination to move in a far-left direction. It recently hired Meredith Whittaker, infamous as one of the most far-left activist employees at Google, who referred to the Daily Caller as a “hate site,” accused Heritage Foundation president Kay Coles James of holding “exterminationist” views about transgender people, and has rejected any cooperation with conservatives on regulating Big Tech.

Bodeya’s confirmation would put yet another left-wing partisan in a position of enormous power over both Big Tech companies and the wider economy — power that, thanks to the Reconciliation Bill, is set to expand even further. Do Republicans in the Senate think Bodeya will use that power fairly, or wisely?