Earlier this week, Twitter censored Jon Schweppe, policy director for the pro-family American Principles Project, who criticized the “evil gender ideology” pushing the “chemical castration and surgical mutilation of minors suffering from gender dysphoria.” The Masters of the Universe locked Scheppe’s account on the grounds that his post is “hate speech.”

On Tuesday, in response to South Dakota Gov. Kristi Noem (R) pushing for a new bill to prevent male-to-female transgenders from competing in women’s sports, Schweppe called for red states to pass laws outlawing the surgical mutilation of minors. 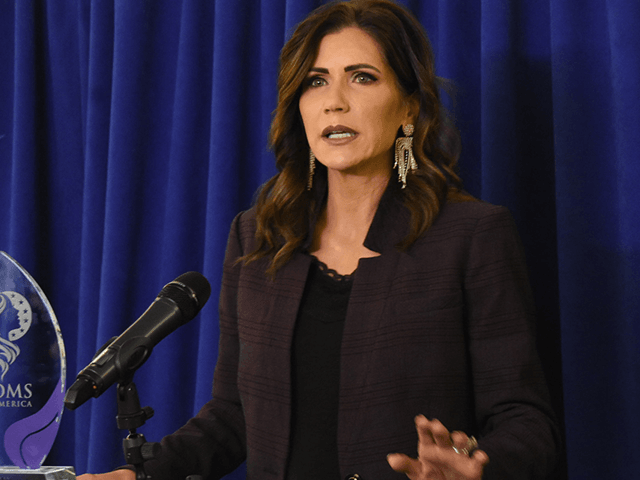 South Dakota Gov. Kristi Noem was given the Moms of America’s Mothers of Influence award on Sunday in Washington, D.C. (Penny Starr/Breitbart News)

“Now we hope that governors will likewise be emboldened to continue the fight against the evil gender ideology being forced on America’s children by joining Arkansas and Tennessee in banning the chemical castration and surgical mutilation of minors suffering from gender dysphoria,” tweeted Schweppe. 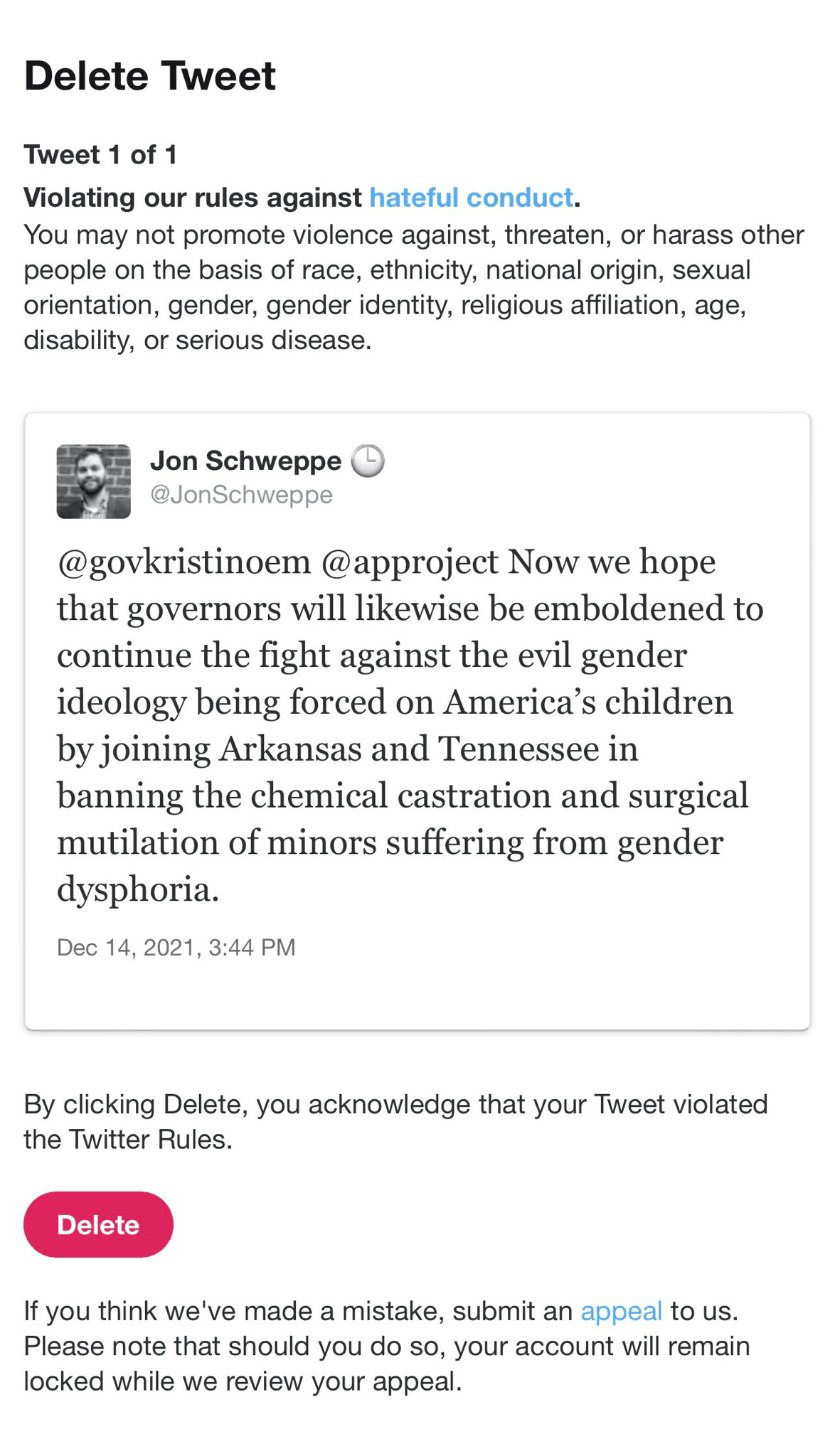 “I’m Not sure what was hateful about my statement,” Schweppe told Breitbart News. “I was calling for an end to the violence being perpetrated on these children. Another example of the upside-down world of the woke Left where War is Peace, Freedom is Slavery, Ignorance is Strength, and protecting children from sexual abuse is violence.”

The incident is the latest in what appears to be an uptick in censorship from an already-censorious platform.

Another conservative who was recently censored was conservative blogger Matt Couch, who posted on Twitter from the handle @RealMattCouch, who had over 500,000 followers on the platform prior to his account’s termination for unknown reasons last week. 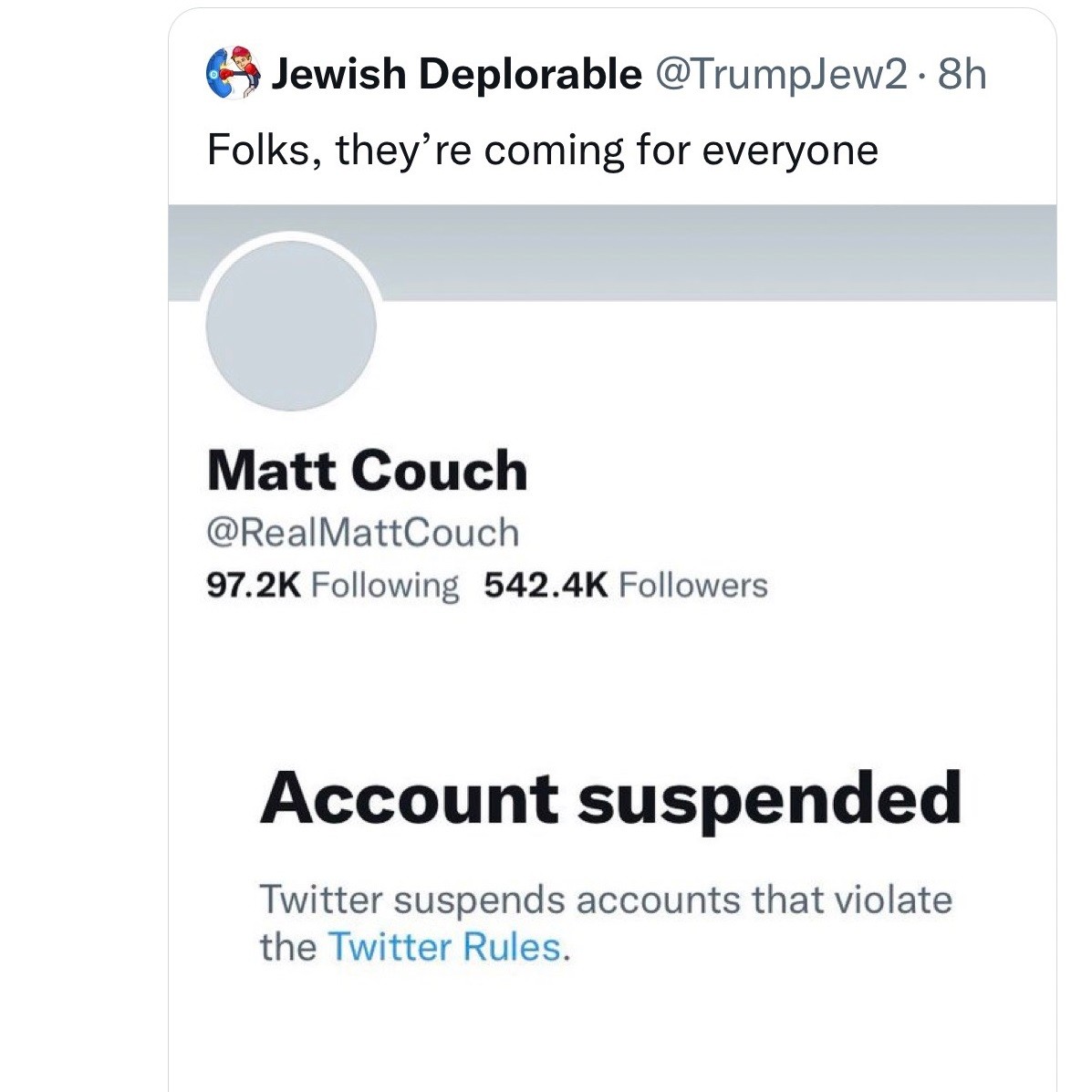 A Houston doctor, Mary Talley Bowden, who is using the platform to share a petition calling for the enforcement of right-to-try in hospitals, also had sharing, liking, and commenting disabled on one of her tweets earlier this week.

Other censorship cases in the past few weeks include an account posting updates from the Ghislaine Maxwell trial, an account tracking Nancy Pelosi’s stock market investments, and a range of widely-followed anonymous conservative accounts.