Dr. Robert W. Malone, a virologist who worked on mRNA technology in the 1980s, and a critic of the technology’s use in coronavirus vaccines, has been suspended from Twitter.

The blacklisting is a permanent ban according to a Twitter statement to Breitbart News received after publication. According to a spokesperson, “The account referenced (@RWMaloneMD) was permanently suspended for repeated violations of our COVID-19 misinformation policy.” 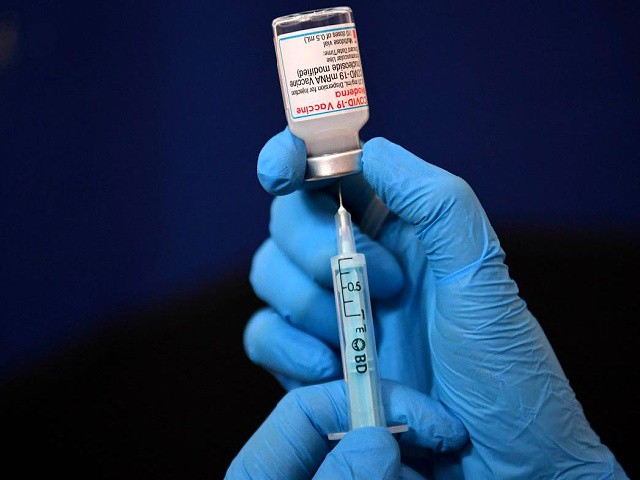 A clinician prepares a dose of a Moderna Covid-19 booster vaccine at a temporary vaccination centre set up inside St John’s Church in west London on December 4, 2021. (Photo by DANIEL LEAL/AFP via Getty Images)

A virologist and immunologist who started his career at the Salk Institute, Malone was involved in mRNA technology in a number of studies in the 1980s and 1990s.

In 1987, he performed an experiment on the transfection of RNA into human, rat, mouse, Xenopus, and Drosophila cells.

In 1990, he collaborated with Jon A. Wolff, Dennis A. Carson, and others on a study into the possibility of synthesizing mRNA in a laboratory to trigger the production of desired proteins.

Since the pandemic began, Malone has sharply criticized the use of mRNA technology in coronavirus vaccines.

Both Pfizer and Moderna’s coronavirus vaccines are mRNA-based, although Johnson & Johnson’s one-shot jab, which uses viral vector technology similar to that used in Ebola vaccines, is not.

Novavax’s two-shot vaccine, which has yet to reach the U.S. market but was recently authorized for use in the European Union,  uses protein subunit technology, similar to that found in vaccines for hepatitis B and whooping cough.

Twitter has been clamping down on prominent figures who question the efficacy of coronavirus vaccines. In August, the platform banned author and journalist Alex Berenson after he suggested that vaccines don’t prevent infection and transmission of the virus.

Berenson is now suing Twitter in federal court to challenge his permanent suspension from the platform.

Update — a statement from Twitter received after publication has been added to this story.