Social media giant Twitter recently banned a number of accounts sharing Russian military activity during the Ukraine invasion — then promptly had a change of heart and unsuspended the accounts.

Engadget reports that as Russia began moving into Ukrainian territory, accounts across social media began sharing images and videos from eastern Donbas and Luhansk regions providing crucial information. The accounts shared footage of Russian helicopters flying towards Crimea and tank divisions arriving on the border. Twitter was quick to suspend many of these accounts. 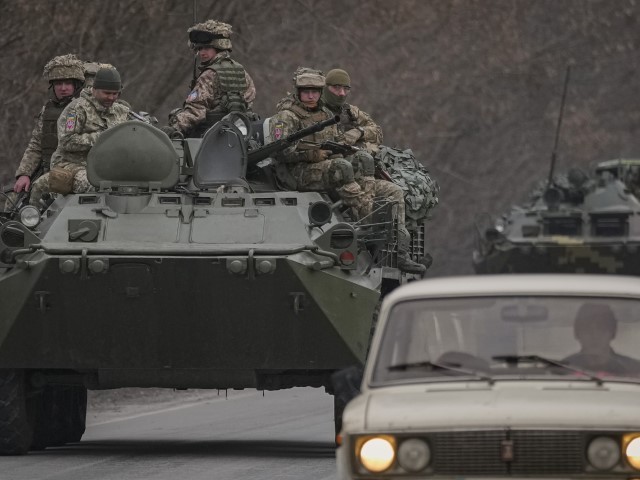 Ukrainian servicemen sit atop armored personnel carriers driving on a road in the Donetsk region, eastern Ukraine, Thursday, Feb. 24, 2022. Russian President Vladimir Putin on Thursday announced a military operation in Ukraine and warned other countries that any attempt to interfere with the Russian action would lead to “consequences you have never seen.” (Vadim Ghirda/AP) 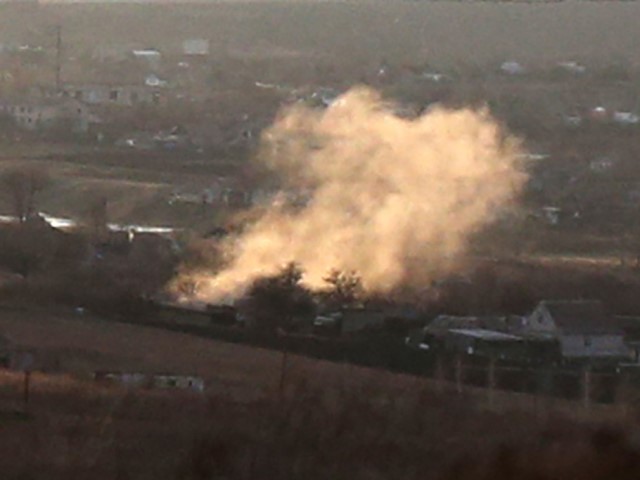 TOPSHOT – A photograph taken on February 19, 2022, shows smoke rising from an explosion after a shelling in Novohnativka village, Donetsk region, not far from position of Ukrainian Military Forces on the front line with Russia-backed separatists. – OSCE monitors recorded more than 1,500 violations of the truce supposedly in effect on the front line in eastern Ukraine in 24 hours, they announced in a statement, a record this year. (ANATOLII STEPANOV/AFP via Getty Images)

On February 22, open-source intelligence (OSINT) researcher Kyle Glen found his account locked for 12 hours. Security analyst Oliver Alexander also claims to have been locked out of his account twice in 24 hours. Multiple other OSIN research accounts such as Neurone Intelligence, Mundo en Conflicto, and Notícias e Guerras also reported being affected over the course of 24 hours.

Researchers immediately became worried that the account suspension was the result of a mass reporting campaign by Russian actors in an effort to disable OSINT accounts and prevent them from sharing crucial information.

Twitter has confirmed that the accounts were suspended by the company itself and has since reversed the decision. A Twitter spokesperson told Engadget:

We’ve been proactively monitoring for emerging narratives that are violative of our policies, and, in this instance, we took enforcement action on a number of accounts in error. We’re expeditiously reviewing these actions and have already proactively reinstated access to a number of affected accounts. The claims that the errors were a coordinated bot campaign or the result of mass reporting is inaccurate.

Speaking to the Verge, Aric Toler the director of research and training at Bellingcat, stated that it was surprising how many English-language accounts were affected by Twitter’s policies. “Normally when this happens it’s to relatively smaller accounts and accounts in foreign languages, because Twitter mods don’t have as much language proficiency there,” Toler stated. “But here you’re getting a lot of people tweeting in English as well, some pretty big accounts with tens of thousands of followers going down as well. It’s kind of strange.”