The student government of the University of North Texas (UNT) is calling on the school to suspend student groups that are accused of making “transphobic posts” in order to “protect the mental, emotional, and physical health” of the transgender community.

The resolution, titled, “Trans Existence is not a Debate,” was passed at UNT in response to a Young Conservatives of Texas event featuring Jeff Younger, a father who reportedly lost custody of his child when opposing his son’s declaration of transgender status. 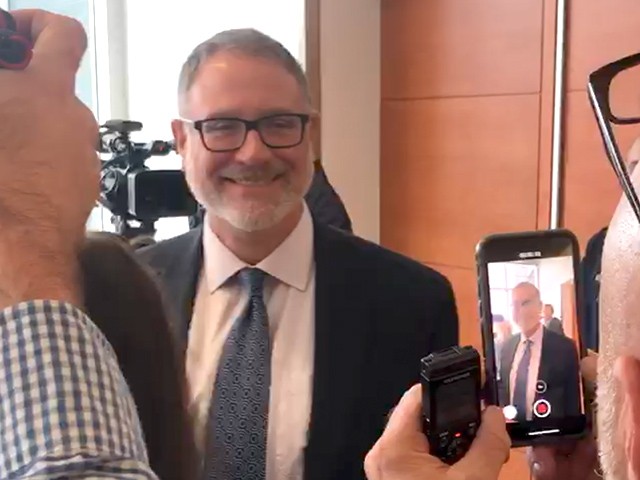 In March, protesters at UNT were filmed chanting “fuck you, fascist” in reaction to Younger’s presence on campus.

Now, the UNT Student Government Association is demanding that any student group accused of making transphobic comments or posts be “immediately suspended to protect the mental, emotional, and physical health of trans gender students at UNT.”

“The transphobic statements, actions, and rhetoric used on campus directly threaten the physical health and lives of UNT students, and caused substantial and direct harm and distress to the trans community on campus,” the resolution insists.

“I have passed legislation that will effectively disband YCT,” the student said in the video.

The Foundation of Individual Rights in Education (FIRE), however, says the resolution is an attempt to sidestep the First Amendment.

“Students are free to speak out against the Younger event or his arguments. But the SGA’s resolution goes too far at a public institution bound by the First Amendment,” FIRE told Campus Reform.

“Of course, the university would have an obligation to address transphobic conduct that would meet the legal definitions of harassment or discrimination, but a lot of speech some might say is ‘transphobic’ is also protected speech that doesn’t break and law and can’t be punished,” FIRE added.

The University of North Texas did not respond to Breitbart News’ request for comment.