Taylor Lorenz, the establishment media journalist known for doxing teenagers and anonymous meme accounts and literally crying because of the ensuing backlash, is under fire for repeated errors in reporting which she refuses to acknowledge. The Washington Post, which published Lorenz’s shoddy reporting, is also under attack by Oculus VR founder Palmer Luckey for publishing and then deleting false claims about him.

According to Luckey, the Washington Post falsely claimed he funneled political contributions through “shell companies,” only to later delete the allegation with no disclosure. 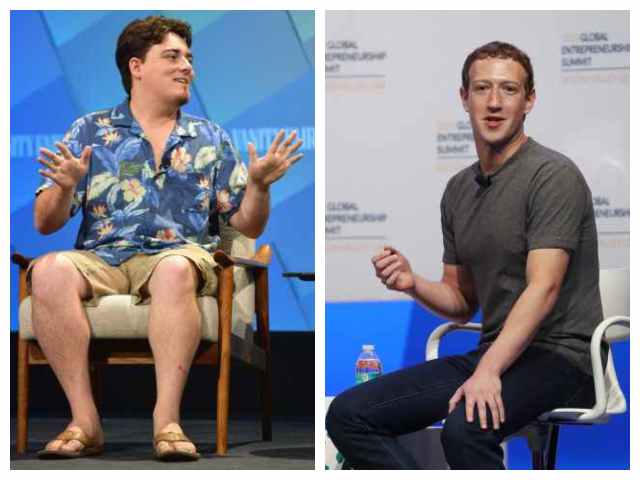 Luckey’s comments come in the same week that the Washington Post was forced to acknowledge it “stealth-edited” an article by controversial writer Taylor Lorenz to hide its errors from the public.

The New York Post recently reported on the stealth-editing saga.

ThatUmbrellaGuy “earned up to $80,000 last month, according to an estimate by social analytics firm Social Blade,” Lorenz wrote, adding that neither YouTuber responded to requests for comment.

Mazeika and ThatUmbrellaGuy claimed Lorenz never reached out to them prior to publication of her story, Fox News reported.

Although a note at the bottom of the article acknowledged her story was “updated to clarify comments made during Waldman’s testimony,” the claim that Lorenz had reached out to the YouTubers for comment was deleted without any acknowledgment.

The YouTube commentators mentioned in Lorenz’s story are now blasting the alleged “journalist” on social media for failing to reach them for comment.

The first published version of this story stated incorrectly that Internet influencers Alyte Mazeika and ThatUmbrellaGuy had been contacted for comment before publication. In fact, only Mazeika was asked, via Instagram. After the story was published, The Post continued to seek comment from Mazeika via social media and queried ThatUmbrellaGuy for the first time. During that process, The Post removed the incorrect statement from the story but did not note its removal, a violation of our corrections policy. The story has been updated to note that Mazeika declined to comment for this story and ThatUmbrellaGuy could not be reached for comment.

A previous version of this story also inaccurately attributed a quote to Adam Waldman, a lawyer for Johnny Depp. The quote described how he contacted some Internet influencers and has been removed.

Palmer Luckey is also calling out Lorenz for past inaccuracies. The Oculus VR founder who was fired by Facebook over his support for Donald Trump after being pressured by the company to vote for a third-party candidate.

In a series of Tweets, Luckey accused Lorenz of reporting that he had left Facebook voluntarily, even though he had in fact been fired.

“The Taylor Lorenz/Washington Post correction scandal isn’t the isolated incident apologists claim. When I was fired, her story said I had announced I was leaving Oculus. This was false – it wasn’t my choice nor my announcement,” wrote Luckey.

“Her only source: Facebook PR. WaPo later published a story claiming I hid political contributions using shell companies and refused to comment. This was also false – it was a single donation from a regular company, and they didn’t reach out to me until 5:54 AM, seven minutes before print.”

published a story claiming I hid political contributions using shell companies and refused to comment. This was also false – it was a single donation from a regular company, and they didn't reach out to me until 5:54 AM, seven minutes before print. Whenhttps://t.co/HhFWNFITx1

“I publicly called them out for this, they said the note regarding comment was technically true, and that they would only edit the story if I provided WaPo with detailed financials proving my helicopter business isn’t a shell corp. Then they deleted everything with no disclosure.”

“At some point, someone must’ve realized that they shouldn’t have just made things up without any evidence. These hoity-toity papers love to crow about truth and justice when they correct tiny things like misspellings, but major wrongdoing is regularly papered over without fuss.”

At some point, someone must've realized that they shouldn't have just made things up without any evidence. These hoity-toity papers love to crow about truth and justice when they correct tiny things like misspellings, but major wrongdoing is regularly papered over without fuss.

Lorenz responded to Luckey’s comments by falsely claiming she has never covered Oculus.

"Oculus co-founder Palmer Luckey has announced that he is leaving the company just three years after selling it to Facebook for $2 billion."

But sure, you don't cover Oculus and never have. pic.twitter.com/8pbnajqD7x

“What story of mine are you talking about?” asked Lorenz. “I don’t cover Oculus and never have.” Lorenz later deleted the tweet.

Lorenz’s article, published by the Hill in 2017, is easy to find on the web, and is exactly as Luckey describes it — it claims he left the company voluntarily instead of being fired.