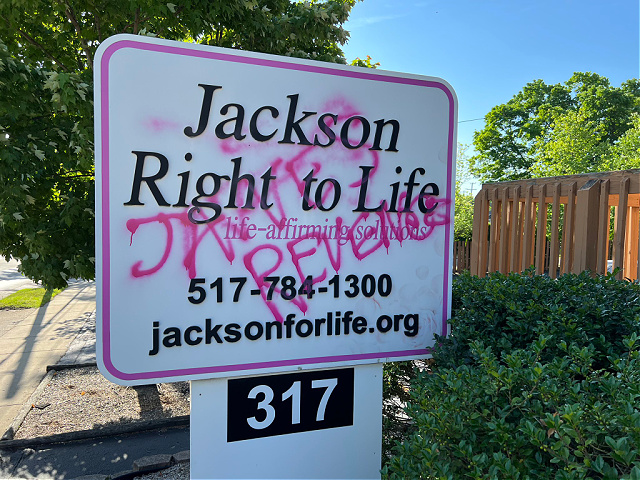 This means that the abortion group, which has committed numerous acts of vandalism described by some as hate crimes, will be treated with the same speech restrictions against “praise, support, and representation” applied to groups such as the Islamic State and neo-Nazis.

The memory was sent to Facebook moderators on June 25 and describes Jane’s Revenge as “a far-left extremist group that has claimed responsibility on its website for an attack against an anti-abortion group’s office in Madison, Wisconsin in May 2022. The group is responsible for multiple arson and vandalism attacks on pro-life institutions.”

Terrorist groups are subject to Facebook’s strictest “Tier 1” speech limits reserved for the most dangerous and violent entities in the world including hate groups, drug cartels, and mass murderers. Speech advocates and civil society groups have criticized meta’s secrecy around its Dangerous Individuals and Organizations list, claiming that the list has a bias towards U.S. governmental priorities.

The attack committed by Jane’s Revenge in Wisconsin against the Family Action’s headquarters resulted in an arson fire and graffiti denouncing the pro-life group. Facebook has classified the attack as a “Violating Violent Event,” which the company uses as a speech restriction distributed to its content moderation staff to limit discussion across its platforms.

A May 11 memo obtained by the Intercept reads:

We are internally classifying this as a Violating Violent Event (General Designation). All content praising, supporting or representing the event and/or perpetrator(s) should be removed from the platform

The office of a conservative political organization that lobbies against abortion rights was vandalized and damaged by fire in Madison, Wisconsin. A group called Jane’s Revenge took credit for the attack.