Turning Point USA (TPUSA) has announced a partnership with Stephen Miller, who served as a top aide to President Donald Trump, and America First Legal (AFL) to fight back against “unconstitutional and discriminatory ‘equity’ policies on college campuses,” the organization announced Monday.

AFL’s Center for Legal Equality team of pro-bono lawyers will assist TPUSA students in taking legal action against so-called “diversity, equity, and inclusion” hiring and educational practices, which the organization describes as “wildly abusive and plainly unconstitutional discrimination” in both schools and in the workplace. 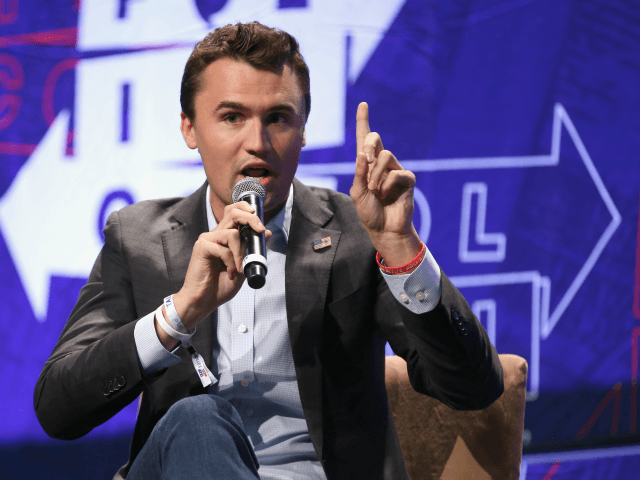 “These policies are widespread, as virtually every university and college campus in America today has an office of ‘Diversity, Equity and Inclusion’ [D.E.I.],” Stephen Miller, president of America First Legal, said.

“D.E.I. is simply a euphemism for a radically reductive and discriminatory ideology that judges, regards, categorizes, defines, and excludes people based solely on their skin color, sex, or sexual orientation,” Miller added. “We at America First Legal are extraordinarily proud to partner with Charlie Kirk and Turning Point USA to fight back.”

Turning Point USA founder and CEO Charlie Kirk added, “Our students represent the frontlines in the battle for the future of America, and whether or not we will continue to be a nation where all of us have equal value and dignity under the law.”

“Partnering with Stephen and AFL gives our students the opportunity to rebalance these corrupt institutions and win in the court of law,” Kirk said.

“When I’m on campus or at our national student events, I often ask for a show of hands for all those who have been discriminated against because they are not part of a protected class of people, and nearly every hand is raised. This is wrong. This is unAmerican. This is also illegal,” the TPUSA founder added.

“America is founded on the principle that you are defined by your own character, by your own achievements, and by your own decisions,” Kirk said. “TPUSA is committed, along with AFL, to restoring this bedrock principle for all Americans regardless of what they look like or where they come from.”

AFL cites Morgan Stanley as one example of such discriminatory policies, noting that the investment bank offers an internship called the “Freshman Enhancement Program.”

Among the “skills and qualifications” needed for the internship, however, includes the applicant being “Black, Hispanic, Native American, and/or LGBTQ+ freshman undergraduate student,” AFL says.

“Diversity, inclusion, and equity” practices have been “demolishing education and business,” noted Dr. Jordan Peterson — who resigned from his tenured position at the University of Toronto, citing the “appalling ideology” — earlier this year.