Noted ‘conservanerd‘ David Brooks has abandoned all pretense of conservatism in his latest New York Times column titled “The Mother of All No-Brainers.” It’s pretty clear that he believes that his readers are the brainless ones – rarely have so many shaky premises, false assertions and heapin’ helpings of pure nonsense been gathered into one NYT opinion column. That’s saying something. 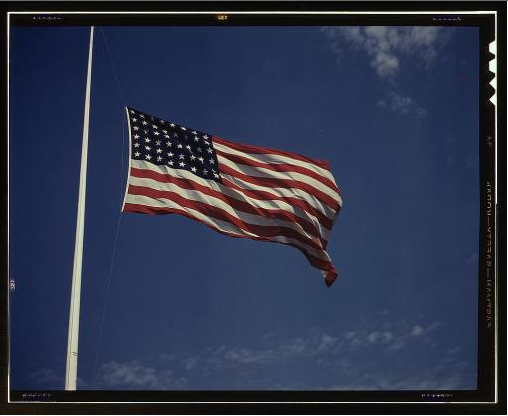 Brooks is Obama and Axelrod’s favorite pseudo-conservative for a reason: his creepily slavish devotion to the idea that we mere drones need to be guided, led and – sadly yes, controlled – by a coterie of Ivy League-indoctrinated betters who will lead us out of the darkness of our sad little lives. These wise leaders may be identified by the crease in their slacks – Obama’s sharp press famously demonstrated to Brooks that The One would be The One. It’s that kind of profound insight that has made David Brooks the most popular conservative pundit among those who hate and despise everything conservatives stand for.

Let’s take a quick look at the cheesy rhetoric and flabby thinking that this servant of the failed status quo put out on the Fourth of July. It’s a wonderful illustration of how liberals argue – and provides a lesson in countering the nonsense.

The Republicans have changed American politics since they took control of the House of Representatives. They have put spending restraint and debt reduction at the top of the national agenda … Republican leaders have also proved to be effective negotiators.

First, he sucks up to the conservatives. This is to try and make us think he is one of us, that he speaks as a friend instead of the house servant of his lefty overlords. Feel your defenses crumbling? Then:

[The Democrats] have agreed not to raise tax rates.

Wait, what? Since when have the Democrats agreed not to raise tax rates? Isn’t the President still talking about raising the rates next year, or is that one of those inconvenient truths?

[The Democrats] have agreed to a roughly 3-to-1 rate of spending cuts to revenue increases, an astonishing concession.

Hold on … weren’t they agreeing not to raise rates just a sentence ago? Or are these “revenue increases” – don’t you love euphemisms? – all going to come from wiping out the scourge of corporate jets? Whatever.

And wait a second – exactly who has agreed to this 3-to-1 ratio? It best not be someone on the GOP side unless she or she wants a well-funded primary opponent next year.

Watch out, because these harmless “revenue increases” are “to close loopholes and eliminate tax expenditures.” The “tax expenditures” language is priceless – as if the government “spends” money by not taking it. And the “loopholes” are the same kind of deductions that every business takes – deductions merely being a recognition of costs since what is taxed is profits. David, if you want to get on board with a low corporate tax rate and wipe out most all deductions, we conservatives might be on board. But you don’t. You want to raise rates without raising marginal rates; the sneaky way to do that is make more income taxable by eliminating deductions. And you think your readers are too stupid to see that.

And now comes the good part.

If the Republican Party were a normal party, it would take advantage of this amazing moment. It is being offered the deal of the century: trillions of dollars in spending cuts in exchange for a few hundred million dollars of revenue increases … A normal Republican Party would seize the opportunity to put a long-term limit on the growth of government.

Isn’t this just a rehash of the speech Joe Biden gave the NEA convention about how this isn’t the good old Republican Party of the past? It’s easy to see why all the nostalgia – the old GOP couldn’t wait to rollover and help build the teetering welfare state that today is on the verge of collapse. Hell, there’s nothing better than an opponent whose idea of opposition is to whisper, “Well, us too, but not quite so much.”

The “normal” Republican Party was part of the problem. It takes a helluva a lot of gall – or a helluva a lot of contempt for your readers – to essentially argue that we need to rely on the awesome judgment of the same people who got us into this mess to get us out of it – and that the people who are taking a hard line against the policies that got us here are the crazy ones.

And let’s discuss the nature of this “amazing” deal. It’s amazing all right – amazing that anyone might ever consider it. So, the GOP is supposed to betray its most important principle – no tax increases – in exchange for vague promises of future cuts that seem about as likely to happen as a chain of Ted Kennedy Driving Schools. Oh, and there’s a finge benefit for Team Progressive – this kind of abject surrender to the tax hikers by “normal” (that is, submissive and co-opted) Republicans would also tear the Republican party to shreds while establishing the notion that the cause of the deficit is that people who actually contribute to society get to keep too much of their money. So, this is an amazing deal all right … for our opponents.

Now comes the fun part – we get to be chastened by the mature voice of reason!

But we can have no confidence that the Republicans will seize this opportunity. That’s because the Republican Party may no longer be a normal party. Over the past few years, it has been infected by a faction that is more of a psychological protest than a practical, governing alternative.

David’s guided tour through the Museum of Liberal Memes continues with a visit to one of my favorite exhibits, the one titled “All Conservatives Are Psychos.” Our positions can’t possibly be the result of carefully considered observations of the political situation and years of experience being burned by taking bad deals that inevitably result in the further bloating of the government. No, we’re just nuts. Or evil. Or both.

But at least we can do math, David. We’re getting a three-to-one offer, if you are to be believed. You whine that we won’t take 12-to-one or even 36-to-one. You show me a 36-to-one offer that’s not a pig in a poke and maybe we’ll talk. Until then, you can take your three-to-one and stuff it.

Oh, and we’re stupid too. I reckon it becuz we didn’t go to that there University of Chicago and we plumb don’t know no fancy book learnin’:

The members of this movement do not accept the legitimacy of scholars and intellectual authorities. A thousand impartial experts may tell them that a default on the debt would have calamitous effects, far worse than raising tax revenues a bit.

Well, outside of the NYT offices and college campuses, telling Americans that we need to shut up and abide by the commands of “scholars and intellectuals” – the same over-credentialed geniuses who got us here in the first place – is kind of a non-starter. You should get out more, David. Try visiting America sometime, you condescending pseudo-intellectual jerk.

And there’s an easy solution to the boogeyman you’re pointing to. The President could always choose to pay the debt first. He doesn’t have to fund cowboy poetry slams or sodomy-based NEA photo shoots or payments to lay-about welfare recipients. He can pay the debt – if he wants to. Heck, since he hates corporate jets so much this week he can even mothball Air Force One and forgo flying across the continent to fundraisers for a while to save a few bucks. Oh, wait – you can’t say that. Pointing out that there would only be a default if the President chose not to spend the incoming revenue on debt service would wreck your whole arugment. So you didn’t.

The members of this movement have no sense of moral decency.

Read that again. A NYT columnist is lecturing us on “moral decency.” This is another classic liberal argument tool – adopt the language of your conservative opponent even though you have nothing but contempt for the concept. This is why you see progressives trying to argue that conservatives are “unpatriotic” or “unchristian” even though the sight of the flag makes them gag and the only religions they don’t find fault with are the ones preaching that we should be enslaved or destroyed. It’s always a delight to have one of our (alleged) own use them on us.

There’s more, but there’s no reason to dissect it all. To David and his moderate – by which I mean liberal – pals, our refusal to play ball with the ruling elite is the problem. It’s not that the ruling elite has demonstrably failed by every conceivable measure.

And they will be right.

So, he closes out with an appeal to the “responsible Republicans,” the same ones whose prior failures to fight helped create this disaster. Spare me any more babble about the “the grown-ups” and the need for us to defer to the wisdom of the same gang of self-promoting half-wits who got us into this mess.

If the independents wish to vote for fiscal suicide by continuing the status quo, so be it. We will have no part of it. There’s nowhere to retreat to. This is the hill we either die on or win on.

David, buddy, go peddle your nonsense to some other suckers. We aren’t buying anymore – not the Times and not your pseudo-conservative act.