Andrew Sullivan doesn’t seem to be a big believer in hiring people who don’t look like him. Over at the Daily Dish the conspiracy theorist published two group photos of his “Dishies” — his staffers, “everyone past and present” —  and it is a staff that appears to be whiter than a polar bear in a space suit eating rice on an iceberg during a blizzard.

If this is, as he suggests, a photo “composite of everyone, past and present,” Sullivan somehow managed to defy every Civil Rights gain over his 15 years in business. We see no blacks, Hispanics, Asians…  And by any reasonable standard, Conor Friedersdorf counts as at least three white people. In fact, there are rumors he was hired to make the rest of the staff look less white.

A photo described as Sullivan’s current staff reveals 6 males and only one female. It’s like a photo from the television show “Mad Men,” but with fewer women. 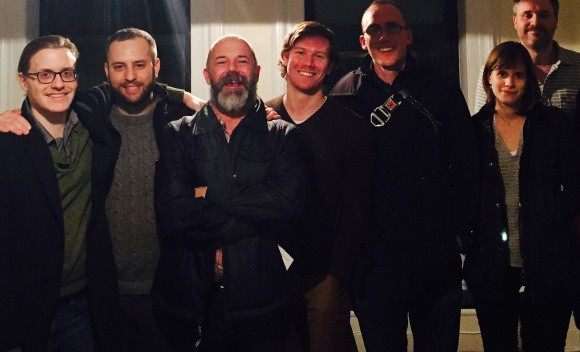 Sullivan accidentally revealed his troubling hiring practices in a post where he contemplates having his Very White Staff take over the Daily Dish in his absence.

Sullivan announced this week that he is retiring from blogging out of a desire to have more time to think the Big Thinks of a Big Thinker whose hiring practices make it seem as though Mississippi is still burning.

In Sullivan’s defense, most Leftists believe that rules are for little people.

Despite his hiring practices and anti-science conspiracy theories, Sullivan is widely respected in the mainstream media because of his support for same-sex marriage and hatred of Sarah Palin and Pope Benedict.

What’s the difference between Strom Thurmond and Andrew Sullivan?