When you are dealing with the mainstream media, it is always difficult to tell if you are dealing with willful ignorance or just plain old ignorance-ignorance. There are plenty of moronic savants in the national media who have cracked the “hot take” code to please their left-wing masters but have no fundamental grasp of history, or much of anything much of else.

The act of willful ignorance in the media manifests itself through bias, and lies of omission conjured up to serve that bias. These dishonest liars know they are dishonest liars, and willfully choose to not tell the world pertinent facts like, say, Baltimore has been run by Democrats for a half-century, Hillary Clinton is in favor of legally aborting infants born alive, Ted Kennedy abandoned a drowning woman, and George Zimmerman is Hispanic.

Anyone who knows anything about history understands that tactically and morally, Geller’s provocative Muhammad Cartoon Contest was no different than Dr. Martin Luther King’s landmark march from Selma to Montgomery.

The first thing the spittle-flecked will scream upon reading the above is that I am comparing Geller to King. I did not know King. I do not know Geller. I am not comparing anyone to anyone. What I’m comparing is one righteous cause to another.

The second thing the spittle-flecked will scream is that King never would have held a Draw Muhammad Cartoon Contest … which brings me to the first reason there is no moral or tactical difference between Garland and Selma:

Whether it is a bully stealing lunch money, an abusive husband “keeping the little woman in line,” a government passing unjust laws, or religious zealots demanding fealty from all, oppressors come in all shapes and sizes. 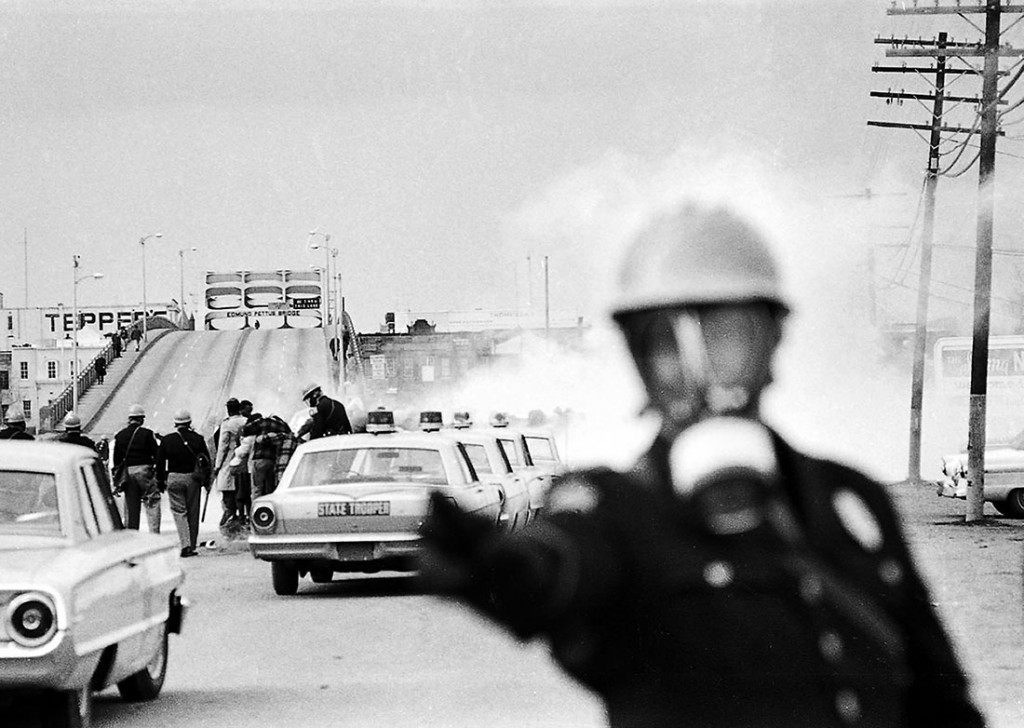 Oppressors do, however, share three important things in common: 1) The use of the threats of everything from shaming to instituting unjust laws to violence. 2) The goal of stripping others of their rights. 3) The choosing of the design and structure of whatever defiant protest might take place against them.

The protester has absolutely no say in this matter.

The only way to defy and protest against the bully who takes your lunch money, is to not give him your lunch money. Through his own actions the bully has designed the form of protest. The same is true for the abusive husband. If he is using the threat of violence to keep you “in line,” a defiant protest can only come in one form: doing the exact opposite of what he tells you to do or not to do.

Martin Luther King did not choose his form of protest in Selma. Racist Southern Democrats did.

Pamela Geller did not choose her form of protest in Garland. The jihadists did.

The day that changed America is called “Bloody Sunday.” On March 7, 1965, five-hundred-plus civil rights activists provoked violence from their oppressors by defiantly gathering on the Edmund Pettus Bridge in Selma, Alabama. 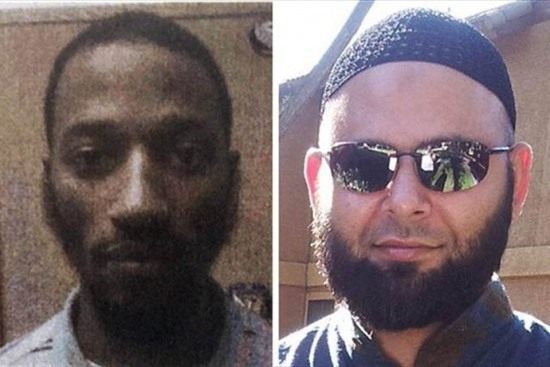 It was the oppressor who chose this form of protest, not the protestors. Racist Democrats who ran Selma and the state of Alabama refused to authorize the march and pledged to stop it. Therefore the only righteous way to defy these racist Democrats who refused to allow Americans to exercise their God-given right to protest for their God-given rights, was to go ahead with the march.

The launch point of the historic 1965 march from Selma to Montgomery was no accident. To poke a finger deep in the eye of their racist Democrat oppressors, civil rights organizers deliberately chose the Edmund Pettus Bridge. The bridge is named after a Grand Dragon of the Ku Klux Klan, a confederate Civil War general, and a Democrat U.S. Senator. 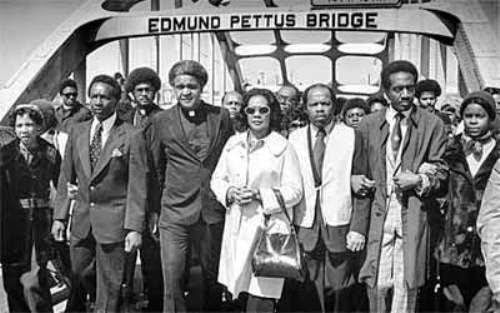 Starting their civil rights crusade in such a place was an intentional taunt, an open insult to a diseased culture, and an obvious act of cultural blasphemy.

For the same righteous reasons, Geller chose the site of The Curtis Culwell Center in Garland, Texas, to hold her defiant cartoon protest. Just two weeks after the Charlie Hebdo massacre in France, a Stand with the Prophet in Honor and Respect event was held at the Curtis Calwell Center. The Islamic event was a horror show of extremism.

An unindicted co-conspirator in the 1993 World Trade Center bombings was invited to the conference — a barbarian who has declared the F.B.I. a terrorist group and preaches, “This so-called democracy of America, will crumble and there will be nothing. The only thing that will remain will be Islam.”

The organizer of the event, Malik Muhammad, has advocated for Sharia Law here in America.

The entire event was premised on “defeating” those who disrespect Muhammad. This was all couched under the politically correct term of “Islamophobia,” but here is the rub:

Like I said: it is the oppressor who chooses the form of protest.

In the face of a very real danger, Martin Luther King, his fellow organizers and hundreds of free Americans, stood up and defied their savage oppressors in defense of their God-given rights. 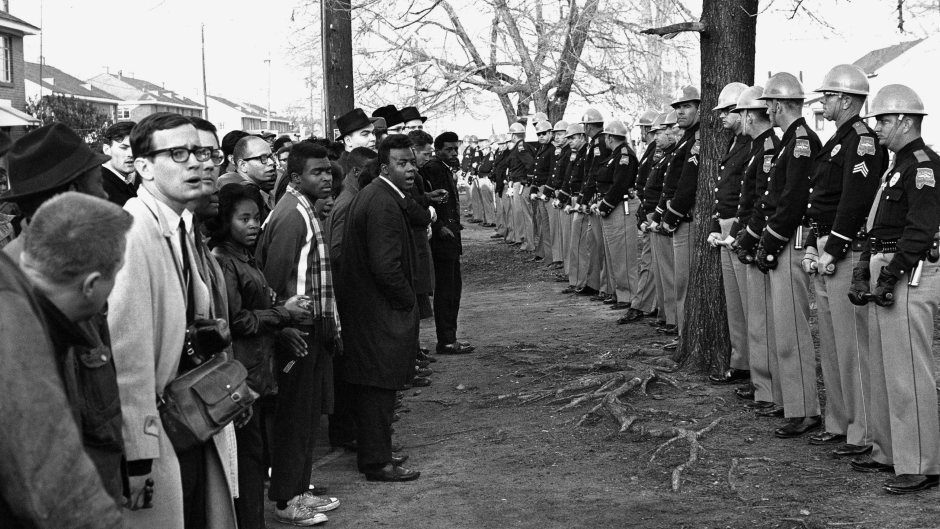 They provoked violence, taunted, and broke the law, all in furtherance of a righteous cause.

In the face of a very real danger, Pam Geller, her fellow organizers and hundreds of free Americans, stood up and defied their violent oppressors in defense of their God-given rights. 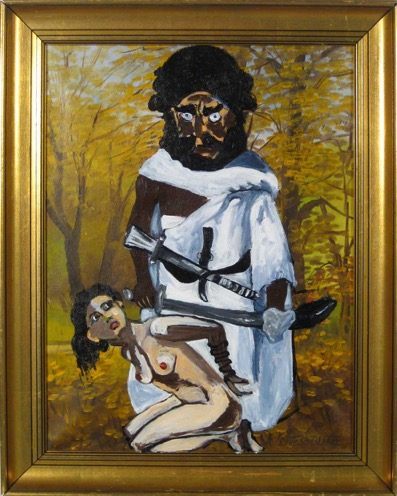 They provoked violence, taunted, and obeyed the law, all in furtherance of a righteous cause.

The Selma protesters defying their violent oppressors, did so peacefully. Their only provocation was exercising their rights. 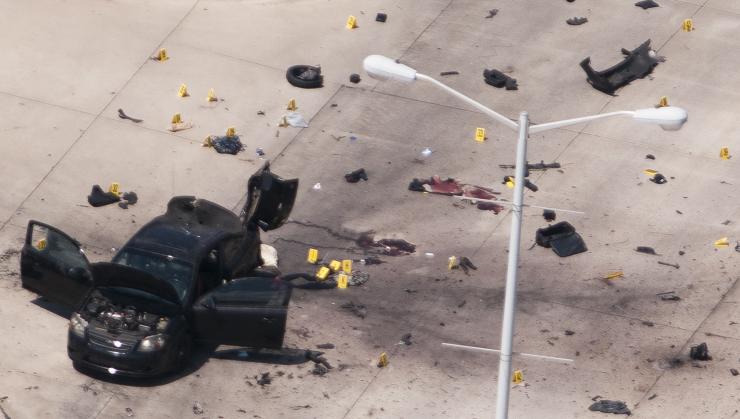 The Garland protestors defying their violent oppressors, did so peacefully. Their only provocation was exercising their rights.

While much of the national media sided with the Selma protestors, local Democrats in the media and the political establishment blamed and demonized King, and his followers,  for rocking the boat, provoking violence, insulting the local culture, and causing the violence to happen.

Last week, Democrats in the media (New York Times, CNN, Washington Post, and even some sorry corners of Fox News) and the political establishment blamed and demonized Geller, and her followers, for rocking the boat, provoking violence, insulting a culture, and causing the violence to happen.

The 1965 Democrats and today’s Democrats are also bigots. The same CNN that protects Islam from offense by blurring the Muhammad cartoons, does not blur the Piss Christ. 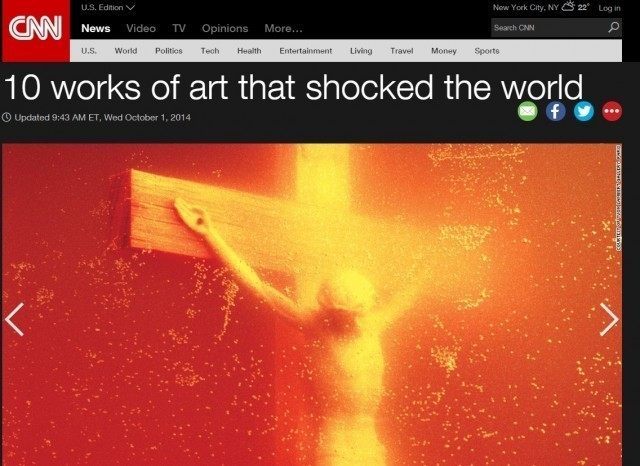 The same New York Times that blasts those who offend Islam, profits from Mormon bashing.

In 1965, defying racist Democrats posed a legitimate threat to your life.

In 2015, defying jihadists poses a legitimate threat to your life.

In both good and evil ways, Sunday in Garland, Texas, history repeated itself.

The national media is hiding that fact because they are either too bigoted, cowardly, and biased to tell the truth, or too ignorant to see the truth.