NORFOLK, Va. (AP) — Pat Robertson, who turned a tiny Virginia television station into a global religious broadcasting network, is stepping down after a half-century running the “700 Club” on daily TV, the Christian Broadcasting Network announced on Friday.

Robertson, 91, said in a statement that he hosted the network’s flagship program for the last time on Friday, and that his son Gordon Peterson will take over the weekday show starting on Monday. 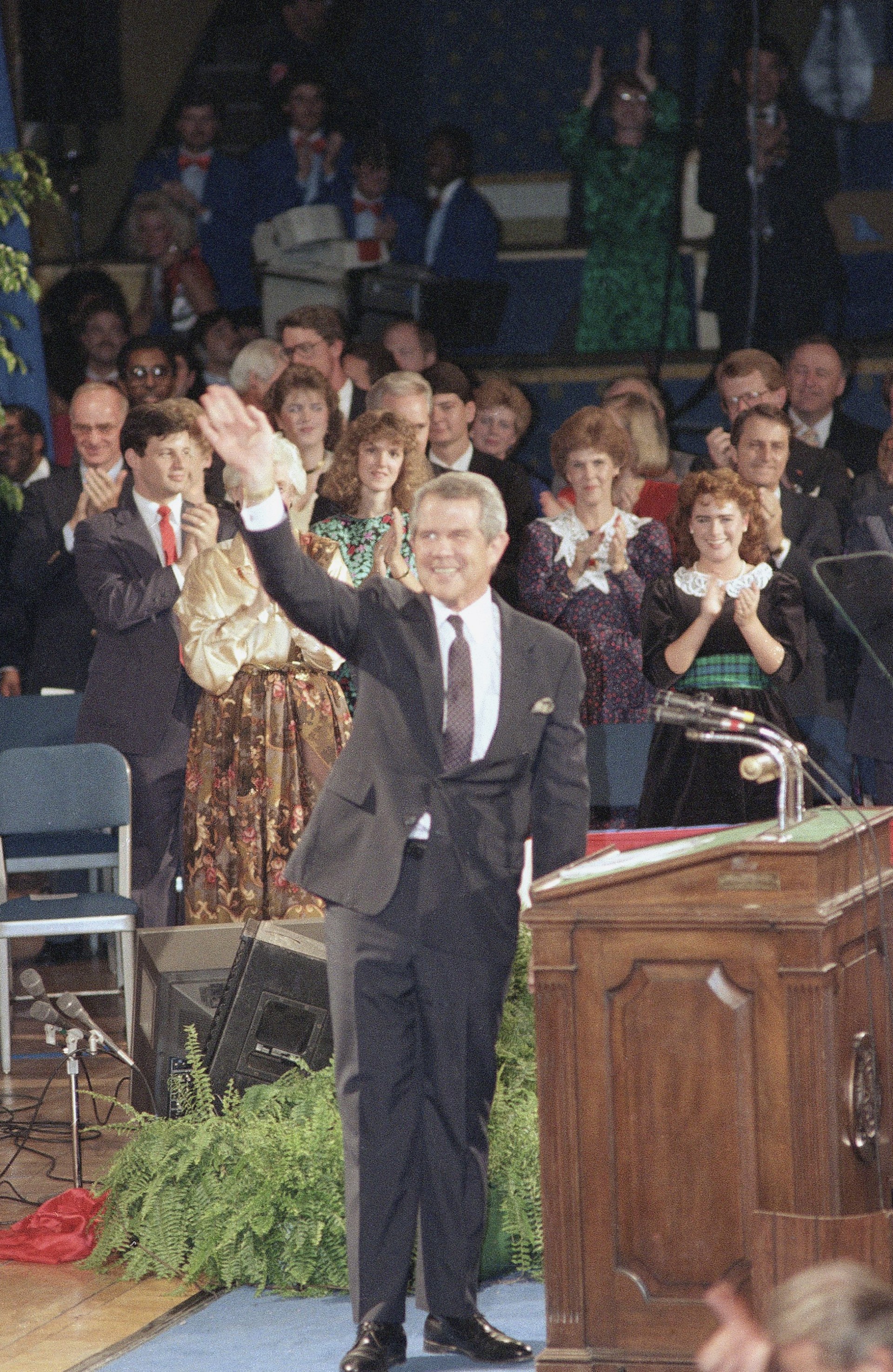 Pat Robertson waves to an audience as unidentified family members look on behind him, Sept. 17, 1986. (AP Photo)

Now based in Virginia Beach, CBN says its outreach extends to more than 100 countries and territories in dozens of languages through TV and video evangelism, online ministry and prayer centers. The “700 Club” talk show can be seen in the vast majority of U.S. television markets. 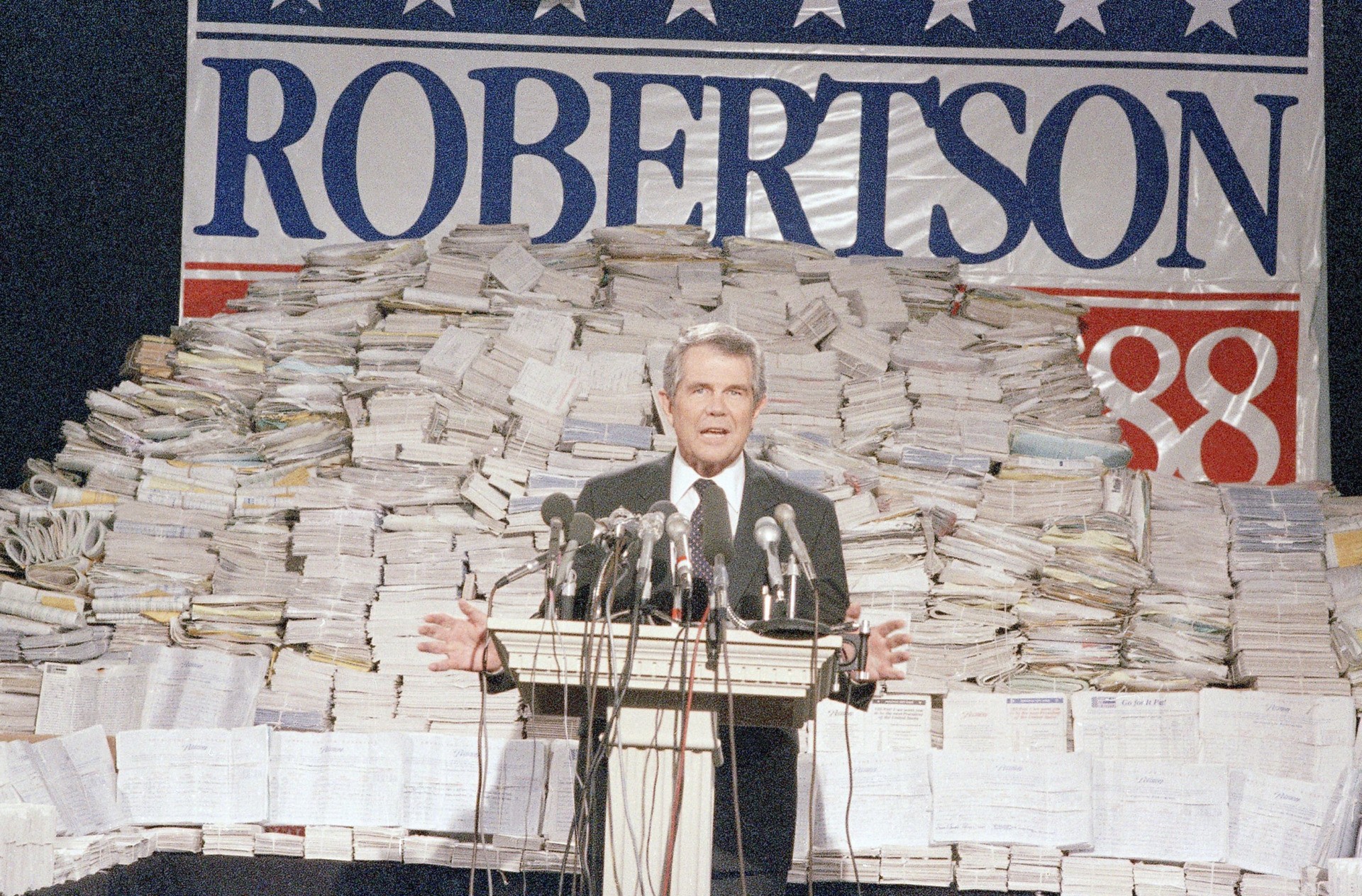 TV Evangelist, Pat Robertson, stands in front of an estimated 3 million signatures on petitions supporting his presidential bid during a news conference in Chesapeake, Virginia, Tuesday, Sept. 16, 1987. Robertson said that he will announce his candidacy in October. (AP Photo/Steve Helber)

Robertson, who ran for president in 1988, also founded the Christian Coalition, galvanizing American evangelicals into a conservative political force.

As “700 Club” host, Robertson sometimes found himself in hot water for his on-air pronouncements. In 2005, he called for the assassination of Venezuelan President Hugo Chavez and warned residents of a rural Pennsylvania town not to be surprised if disaster struck them because they voted out school board members who favored teaching “intelligent design.”

But Robertson also called for ending mandatory prison sentences for marijuana possession convictions. He later said on “The 700 Club” that marijuana should be legalized and treated like alcohol because the government’s war on drugs had failed. 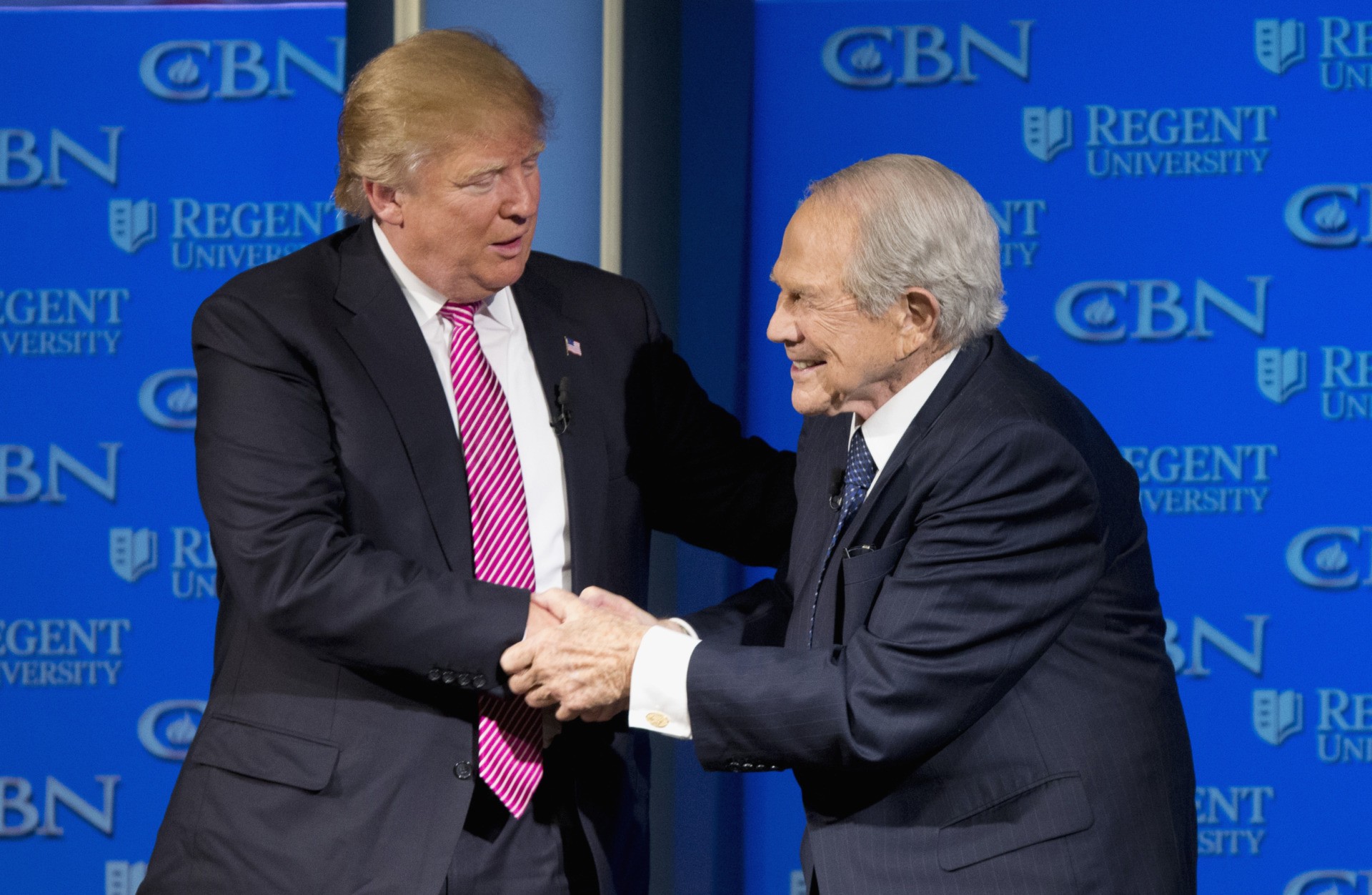 In December 2007, Robertson’s son, Gordon, succeeded him as chief executive of CBN. Robertson remained chairman of the network and continued to appear on “The 700 Club.”

Robertson will still appear on a monthly, interactive episode of The 700 Club and will come on the program “occasionally as news warrants,” the network said.

Gordon Robertson said his father’s “legacy and the example of his prayer life will continue to lead The 700 Club in the years to come.”