Just when it seems like the China Flu is subsiding, the corporate media decide to put on what could very well turn into a super-spreader event.

Even though the pandemic supposedly remains so dangerous we’re still masking two-year-olds, Versailles on the Potomac is scheduled to return in the form of the April 30th White House Correspondents’ Association dinner.

Will the media elite be wearing masks or only our kids?

Yes, today’s version of a royal court, this one populated exclusively by grotesque celebrities and even more grotesque celebrity journalists, is on again for the first time since 2016. President Trump tried to end this disgusting annual display by refusing to attend during his four years. The China Flu’s single good deed was canceling the 2021 dinner. But nothing is more challenging to kill than insufferable elites celebrating themselves, so here we go again…

And this time, the media are risking reigniting the pandemic.

Think about it… If this dinner ends up being a super-spreader event, we won’t know for at least a few days afterward. But by then, how many of these celebrities and celebrity journalists will have infected others in D.C? How many will have jumped on planes and infected a countless number of innocent people throughout the country and world?

Will all the attendees remain in quarantine if someone tests positive after the dinner? Of course not!

These selfish monsters won’t even be wearing masks. Although hundreds of them will be packed like sardines for hours indoors, the Washington, DC, indoor mask mandate is set to expire at the end of this month.

Oh, your kindergarteners will almost certainly still be wearing masks on April 30, but not the serial liars in the media who demand the masking of kindergarteners. 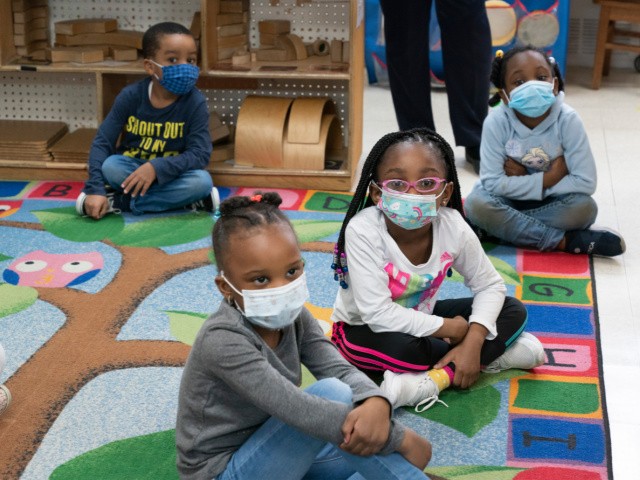 Pre-K students listen while a book is read to them at Phyl’s Academy, Wednesday, March 24, 2021 in the Brooklyn borough of New York. (AP Photo/Mark Lennihan, Pool)

One wonders if vaccine passports will be required to attend. Will the same fascists who dehumanize the unvaccinated hold themselves to their own rules? Or will the Media’s Vaccine Nazis ape the Celebrity Vaccine Nazis who brazenly violate their own rules while attending the Super Bowl and Oscars?

It seems to me that the only SAFE thing the White House Correspondents’ dinner is doing is hiring the talentless Trevor Noah as the featured entertainer. He’s very safe — a good dog who will not dare to offend his rich and powerful hosts. You see, he’s one of them, and his ratings are so low he will never risk offending those who artificially prop up good dogs.

Joe Biden will be there. He’s also a safe choice who will say nothing to offend those gathered, for the media elite are his only base of support.

The only remaining question is if Jeff Zucker will get off a subordinate long enough to attend.