Former Vice President Joe Biden nearly stumbled at the end of his final rally of the 2020 campaign in Pittsburgh, Pennsylvania, on Monday evening, as his wife, Dr. Jill Biden, startled him by trying to steer him toward the podium.

Biden finished his speech and wandered over to stage left, waving to the few supporters who were there at the drive-in event. His wife approached him from behind and put a hand on his back. That startled him and he appeared to lose his balance momentarily.

Once back safely in the center of the stage, behind the podium, Biden greeted his grandchildren and waved to the crowd with his wife. He then tried to put his mask — his signature accessory — back on, but struggled to do so, leaving it dangling.

Biden then leaned into the microphone at the podium and tried to speak again, but the music played him offstage. 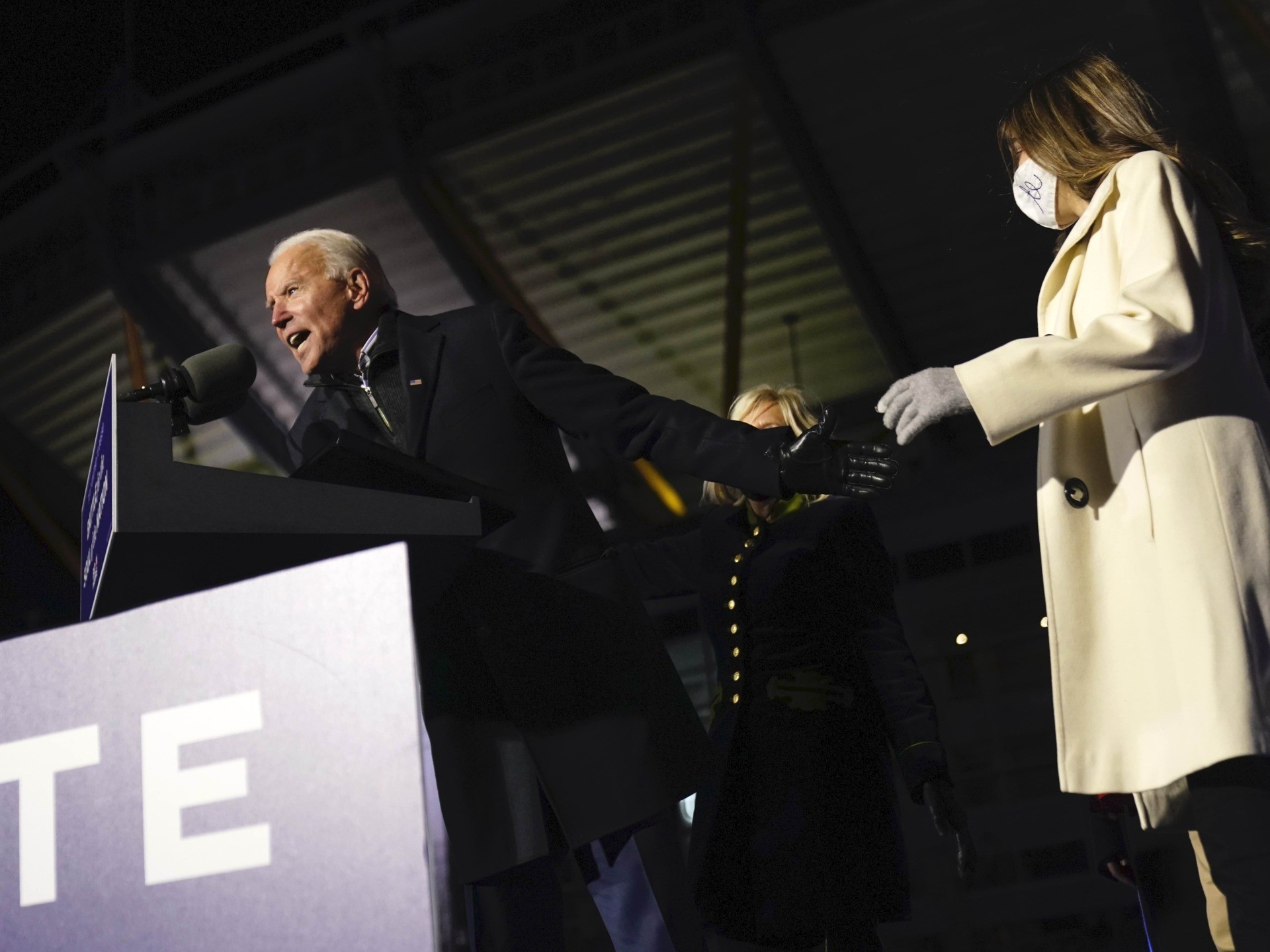 Democratic presidential candidate former Vice President Joe Biden speaks as he stands on stage with his wife Jill Biden and his grandchildren during a drive-in rally at Heinz Field, Monday, Nov. 2, 2020, in Pittsburgh. (AP Photo/Andrew Harnik)

He waved his hand dismissively and followed his relatives down the stairs, still holding the mask, which he had not managed to put on his face.

It was an awkward end to a campaign in which the candidate rarely left his home in Wilmington, Delaware, after securing the Democratic Party’s presidential nomination.

The former vice president campaigned in Cleveland, Ohio, earlier in the day, as well as Pittsburgh.