Warnock finished one point ahead of Loeffler, 50.5 percent to 49.5 percent, or by about 40,000 votes, with 97 percent of precincts reporting, according to the Associated Press, which called the race at about 2 a.m. early Wednesday morning.

Warnock, the longtime senior pastor at Ebenezer Baptist Church, gave a victory speech through a video message after midnight, saying, “I promise you this tonight: I am going to the Senate to work for all of Georgia no matter who you cast your vote for in this election.”

Because his race was a special election, he will be up for reelection in 2022.

Loeffler, who had been appointed by Gov. Brian Kemp (R) to the Senate in 2019, appeared after midnight before a crowd of campaign staff members, press, and other guests at the Georgia GOP’s election night party here at the Grand Hyatt hotel and did not concede, saying her team still sees a “path to victory.” 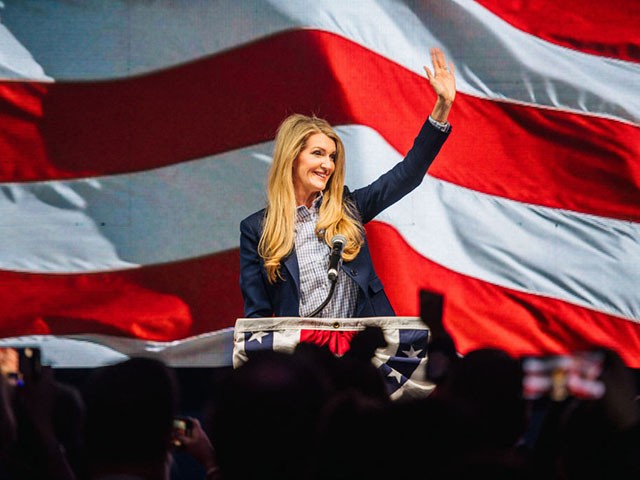 Warnock’s win gives Democrats 49 seats to Republicans’ 50, meaning the Senate majority now hinges on the outcome of the race between Sen. David Perdue (R-GA) and Democrat candidate Jon Ossoff, which is too close to call as of the time of this writing.

Warnock’s win also makes him the first Georgia Democrat elected to the Senate in more than 20 years, further cementing the state as a contentious battleground rather than safely red.

Polling throughout the runoff showed Warnock with a slight edge over Loeffler, though the race outcome still appeared to be a toss-up with most polls being close enough to fall within the standard margins of error.

The runoff also shattered fundraising records with Warnock raising a whopping $124 million to Loeffler’s $92 million, not including outside funding.

Loeffler branded Warnock as “radical liberal Raphael Warnock” throughout her campaign, and the Republicans collectively delivered a message to voters that they must “save America” and “fight socialism” in reference to retaining Senate control.

The attacks on Warnock stemmed from discoveries of his past speeches and writings, which, among a variety of concerns for Republicans, espoused Marxism and were often racially charged.

Republicans also emphasized two run-ins Warnock had with police. One instance, per a police report, involved Warnock’s ex-wife accusing him of running over her foot with a car following a domestic dispute. The other involved Warnock’s arrest in 2002 for interfering with police as they were questioning counselors at a camp that was suspected of child abuse.

Warnock sought to paint himself as a benign figure in response to Loeffler’s criticism, at one point advertising his affection for puppies. Additionally, Warnock denied harming his then-wife, and he was never charged in the incident. As for his 2002 arrest, Warnock said his interference was due to concern that the counselors did not have legal representation.

Warnock throughout his campaign also repeatedly attacked Loeffler with the false claim that she made stock trades earlier this year because of privy knowledge about coronavirus. The Senate Ethics Committee, however, dismissed that accusation because of a lack of evidence, and Loeffler has always denied any wrongdoing.

The race follows a November 3 “jungle primary” in which incumbent Loeffler handily beat Rep. Doug Collins (R-GA) while Warnock emerged as the frontrunning Democrat, but no candidate received 50 percent, sending the race to a runoff.