The New York Times noted, “Glaze, who was widely considered a founding figure in the modern gun-control movement, died on Oct. 31 in Scranton, Pa.”

NYT went on to point out that Glaze’s death was a suicide.

As we celebrate the life of our beloved Mark, we would be remiss not to mention his harrowing struggle with alcohol, depression, and anxiety. In the last years of his life, Mark actively sought help. He completed several treatment programs, with the hope of finding peace and breaking free of the addictive cycle that caused him to feel so desperately alone and in pain. Mark took his own life while being held on DUI charges at the Lackawanna County Prison. While it may be difficult to discuss this specific cause of death, with suicide as the tenth leading cause of mortality in the United States– the numbers and instances are too frequent and increasing to ignore. 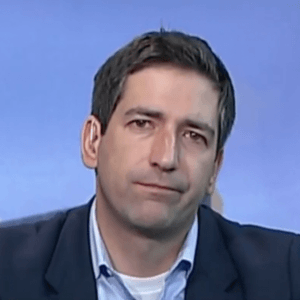 There is no indication that Mark used a gun to kill himself. Still, he was a victim of a scourge he worked to oppose. Nearly two-thirds of all gun deaths in the US are suicides, according to Mark’s former organization. To fight gun violence is to fight suicide. Research shows that people who have access to guns are far more likely to kill themselves than people who don’t.

Glaze and others in his field advocated for the enactment, in 19 states and DC, of so-called Red Flag laws, which allow local police to confiscate guns from people who have threatened to harm themselves or others. These orders aim to stop not just murder, but suicide. Evidence suggests they are most effective at preventing people from shooting themselves.