Health Minister Rajitha Senaratne told a news conference that all the bombers were Sri Lankan citizens. Earlier, a government forensic crime investigator said an examination of the Islamist attackers’ body parts showed that they were suicide bombers.

Senaratne, who is also a Cabinet minister, added that the government was investigating whether the group had “international support”.

“The government has decided to gazette the clauses related to prevention of terrorism to emergency regulation and gazette it by midnight,” the president’s media unit said in a statement.

“This is being done to allow the police and the three forces to ensure public security,” the statement outlined, referring to the army, navy and air force. 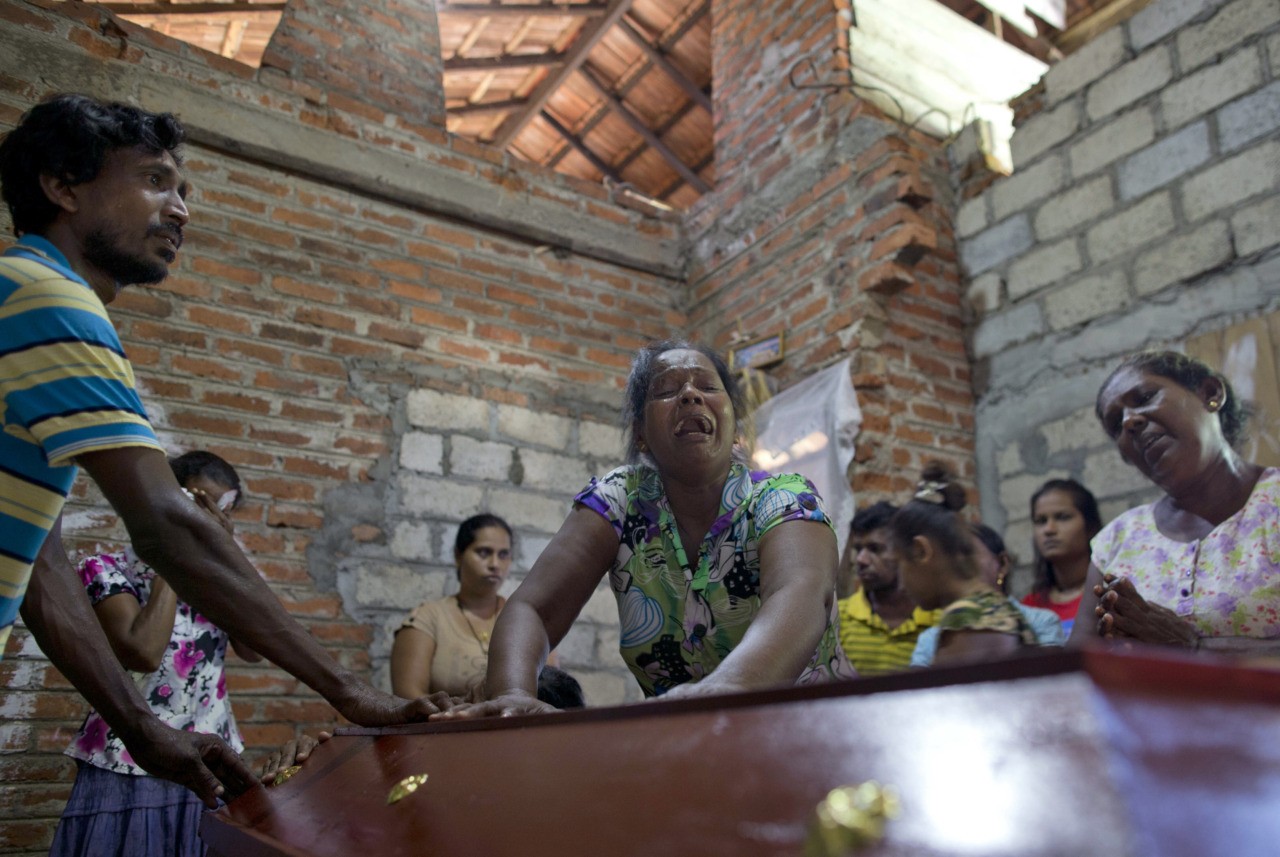 Lalitha, center, weeps over the coffin with the remains of 12-year old niece, Sneha Savindi, who was a victim of Easter Sunday bombing at St. Sebastian Church, after it returned home in Negombo, Sri Lanka, Monday, April 22, 2019.  (AP/Gemunu Amarasinghe)

The bombings, Sri Lanka’s deadliest violence since a devastating civil war ended a decade ago on the island nation, killed at least 290 people with more than 500 wounded, on Easter Sunday. 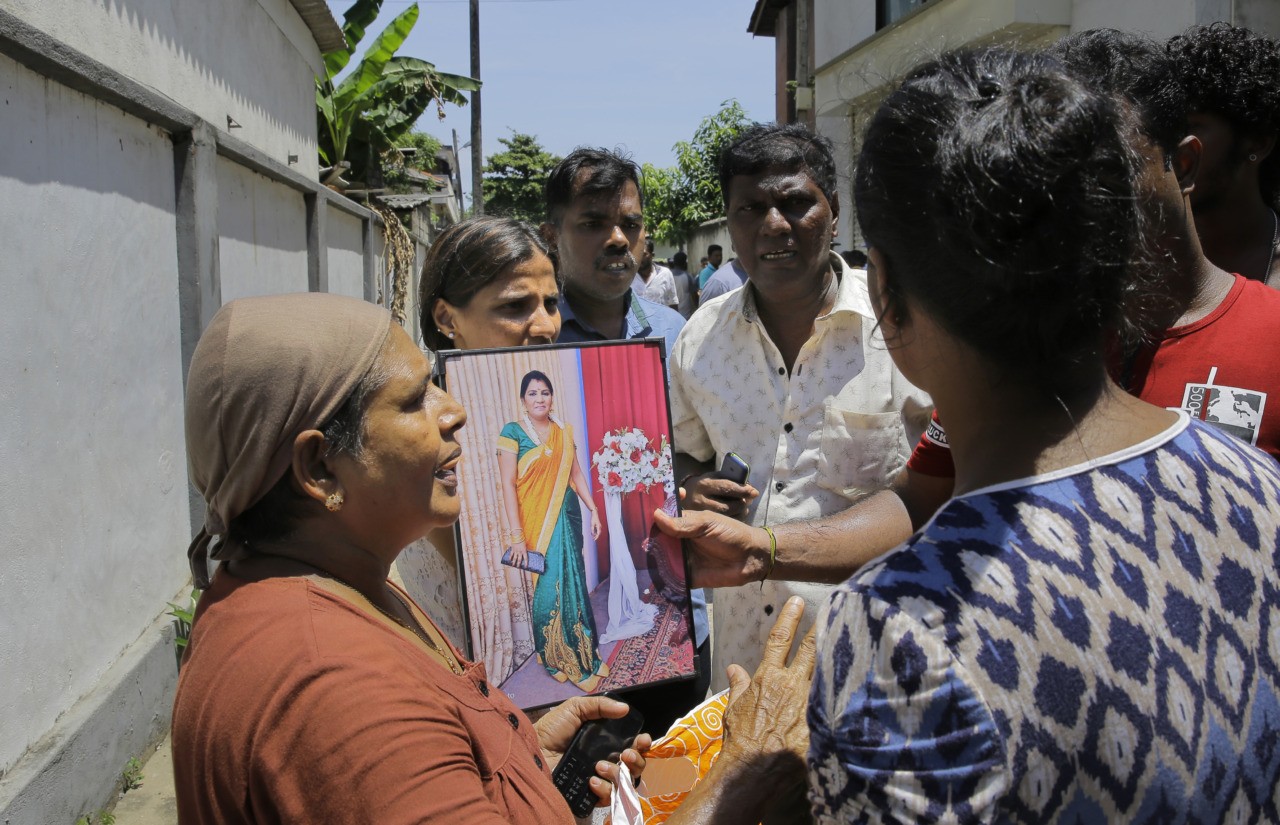 A Sri Lankan woman enquires about her relative holding her photographs outside hospital morgue, a day after the serial blasts in Colombo, Sri Lanka, Monday, April 22, 2019.  (AP Photo/Eranga Jayawardena)