Video: People run on tarmac of Kabul international airport as a US military aircraft attempts to take off. pic.twitter.com/9qA36HS0WQ

Thousands of Afghans crowded onto the tarmac, according to the Agence France-Presse (AFP), forcing U.S. troops to fire shots into the air to disperse them. The airport canceled all commercial flights on Sunday following the arrival of the Taliban – and immediate flight of the president of Afghanistan, Ashraf Ghani – to the capital city.

Is this how we thought we’d depart Afghanistan?

I repeat my call for a UK inquiry. pic.twitter.com/Bd7bRPRTVy

Other dramatic footage showed scenes of utter chaos on the runway, including civilians frantically clambering up an already overcrowded and buckling set of airstairs. It was a desperate bid to board a parked passenger plane and escape the city a day after the government’s collapse. 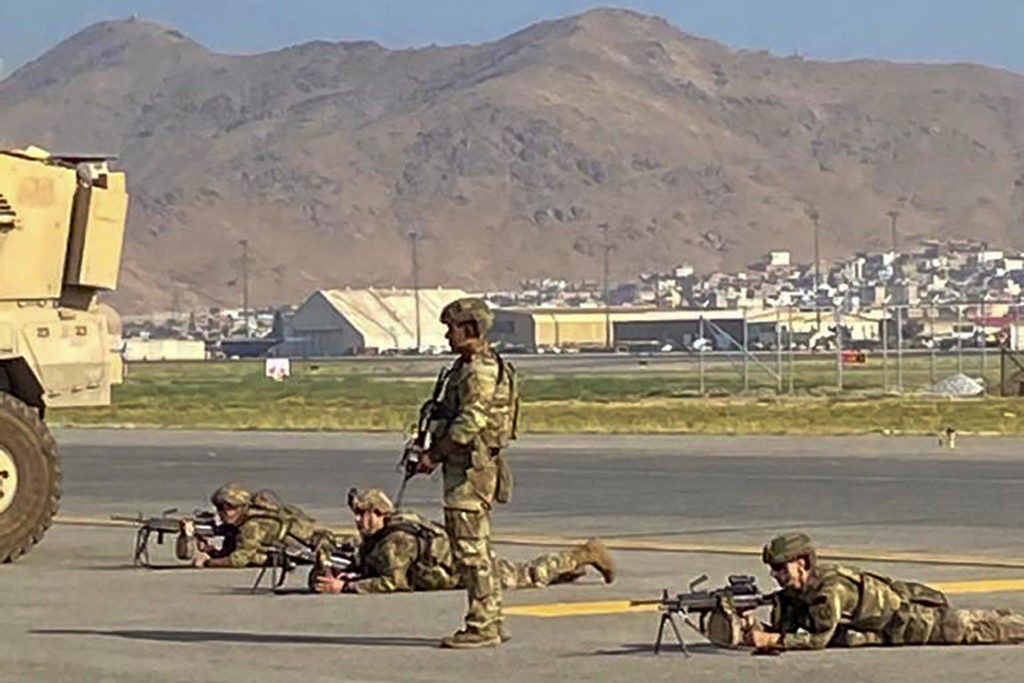 U.S. soldiers take up their positions as they secure the airport in Kabul on August 16, 2021, after a stunningly swift end to Afghanistan’s 20-year war, as thousands of people mobbed the city’s airport trying to flee the group’s feared hardline brand of Islamist rule. ( SHAKIB RAHMANI/AFP via Getty Images) 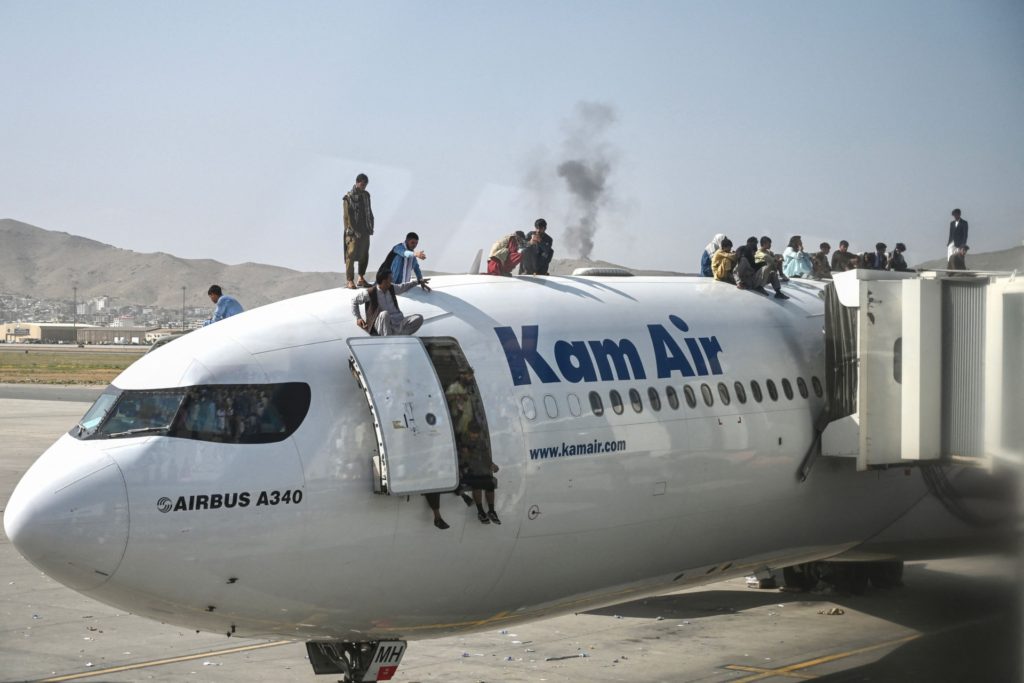 Afghan people climb atop a plane as they wait at the Kabul airport in Kabul on August 16, 2021, after a stunningly swift end to Afghanistan’s 20-year war, as thousands of people mobbed the city’s airport trying to flee the group’s feared hardline brand of Islamist rule. (WAKIL KOHSAR/AFP via Getty Images)

As a crowd of hundreds watched on, those who successfully climbed the stairs helped others up, while some hung from the stair railings by their hands, the AFP report continued.

The scenes unfolded as the U.S. embassy in Kabul posted messages on Twitter to tell American nationals and Afghans to “not travel to the airport.”

We remind all American citizens and Afghan nationals that the security situation in Kabul remains unsafe. Please do not travel to the airport until notified. https://t.co/GFoQZrmMXs

The U.S. said it had evacuated its entire embassy staff to the airport, but they were being kept separate from those without permission to travel.

“This is not Saigon,” U.S. Secretary of State Antony Blinken told a broadcaster on Sunday as he sought to reassure those still left in Kabul that all is well, as Breitbart News reported.