KCNA quoted Pyongyang’s military weapons developer, the Academy of Defense Science, as saying the test aimed to confirm “the practicality of operation of the launcher, radar and comprehensive battle command vehicle as well as the comprehensive combat performance of the missile.”

The academy said it verified the missile’s “remarkable” combat performance, which allegedly features “rapid response and guided accuracy.” The test reportedly debuted new technology for the missile including “twin-rudder control” and a “double-impulse flight engine.”

The test launch further demonstrated that North Korean weapons developers had substantially increased the missile’s effective range, according to KCNA.

“The new weapon seems to be an upgraded surface-to-air missile that was first showcased at a military parade to mark the 75th anniversary of the North’s ruling party foundation in October last year,” South Korea’s Yonhap News Agency observed on October 1.

Yonhap further noted that Pyongyang appears to be “modernizing its aging air defense system to better counter threats from advanced weapons, such as F-35A stealth fighters.”

Pak Jong-chon, a member of the Presidium of the Politburo of North Korea’s ruling Workers’ Party, guided the September 30 missile launch. North Korean Leader Kim Jong-un did not attend the test. 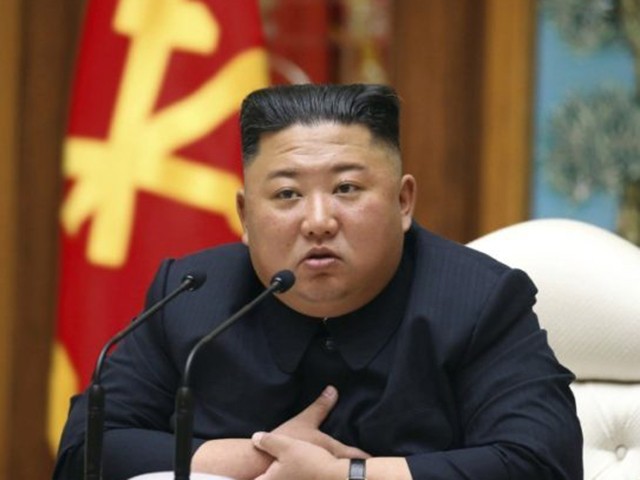 “An analysis is underway on North Korea’s report of the anti-aircraft missile test-launch,” a JCS official told reporters.

A spokesman for South Korea’s Unification Ministry, which manages North Korean affairs, said on October 1 the bureau “will keep a close eye” on Pyongyang as Seoul continues to analyze the September 30 test launch. The Unification Ministry will “continue our efforts to stably manage the situation on the Korean Peninsula by restoring the inter-Korean liaison communication lines and resuming dialogue,” the spokesman added.

He referred to an established emergency hotline between North and South Korea. Kim Jong-un indicated in a speech on September 29 that North Korea would be open to restoring cross-border communication lines with South Korea starting in early October following a period of icy relations. Speaking at a session of North Korea’s Supreme People’s Assembly, Kim also touched upon Pyongyang’s relationship with Washington.

“The U.S. is calling for diplomatic engagement and unconditional dialogue but they are nothing but a means to deceive the international community and mask its hostile behavior and an extension of what preceding U.S. administrations have pursued,” KCNA quoted Kim as saying.

North Korea said it conducted its first test launch of a hypersonic missile on September 28, just two weeks after saying it test-fired two short-range ballistic missiles into the Sea of Japan, also known as the East Sea.

Pyongyang has repeatedly said in recent weeks that its increased weapons tests aim to boost North Korea’s defense capabilities, much in the way other countries bolster their own militaries. The nation, heavily sanctioned by the international community for its nuclear program, accused the U.S. and South Korea on September 17 of “double standards” and says it is the victim of an overall “hostile policy.”