U.S. President Joe Biden told reporters on Tuesday he and Chinese leader Xi Jinping agreed to “abide by the Taiwan agreement” during their most recent phone call on September 9, Reuters reported Wednesday.

Asked by a journalist at the White House on October 5 if he had “any comments towards China’s provocation over Taiwan,” Biden replied:

Well, China has … I’ve spoken with Xi about Taiwan. We agree … we’ll abide by the Taiwan agreement. That’s where we are. And we made it clear that I don’t think he should be doing anything other than abiding by the agreement.

The “Taiwan agreement” is an unofficial name for a long-standing policy dictating Beijing and Washington’s relationship with Taipei. Under the agreement, the U.S. officially recognizes China rather than Taiwan for diplomatic purposes. The agreement is supported by the Taiwan Relations Act which was passed by the U.S. Congress in 1979. The legislation “makes clear that the U.S. decision to establish diplomatic ties with Beijing instead of Taiwan rests upon the expectation that the future of Taiwan will be determined by peaceful means,” Reuters recalled on Wednesday.

“While that act binds the United States to provide Taiwan with the means to defend itself, Washington only acknowledges China’s stance that the island belongs to it and that there is ‘one China,’ and takes no position on Taiwan’s sovereignty,” the news agency noted.

The Chinese Communist Party (CCP) established the “one-China” policy so that foreign governments could officially recognize Beijing’s stance that only one legitimate Chinese government exists. The policy stipulates that the CCP is the sole ruler of China’s government. The U.S. recognizes and maintains formal ties with China according to this policy, which, by definition, limits the relationship Washington may establish with Taipei. 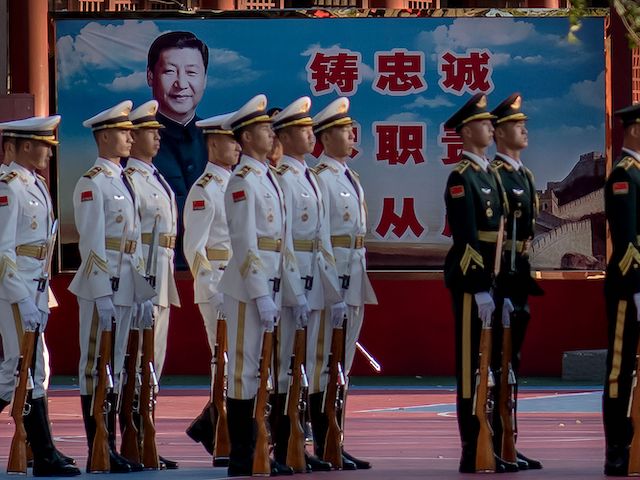 Military personnel stand in formation next to a portrait of China’s President Xi Jinping (back) outside the Forbidden City in Beijing on October 22, 2020, on the eve of the 70th anniversary of China’s entry into the 1950-53 Korean War. (Nicholas Asfouri/AFP via Getty Images)

Taiwan is an island located off China’s southeast coast that Beijing views as a renegade province. The CCP has vowed to “reunify” Taiwan with mainland China by force if necessary. Beijing has maintained its aggressive stance toward Taiwan despite the island boasting an independent government and military. Taiwan officially recognizes itself as a sovereign nation.

Biden on October 5 said he and Xi had “spoken” at an undisclosed time about China’s relationship with Taiwan. He likely referred to the most recent official talks between the two heads of state, which took place over the phone on September 9. Biden initiated the 90-minute telephone call with Xi, which marked their first official communication since the U.S. president took office in January.

During the phone call, Biden “reiterated … that the U.S. has no intention of changing its one-China principle,” China’s state-run Global Times reported on September 10. “It is prepared to have more candid exchanges and constructive discussions with China to identify key and priority areas where cooperation is possible, avoid miscommunication, miscalculation and unintended conflict, and get U.S.-China relations back on track.”

China’s People’s Liberation Army Air Force (PLAAF) ordered a record-breaking 148 military aircraft to fly over Taiwan from October 1 to October 5. The daily detachments penetrated the southwestern corner of Taiwan’s Air Defense Identification Zone (ADIZ) in a belligerent fashion. The U.S. on October 3 urged Beijing to halt the flyovers, which are meant to intimidate Taipei. 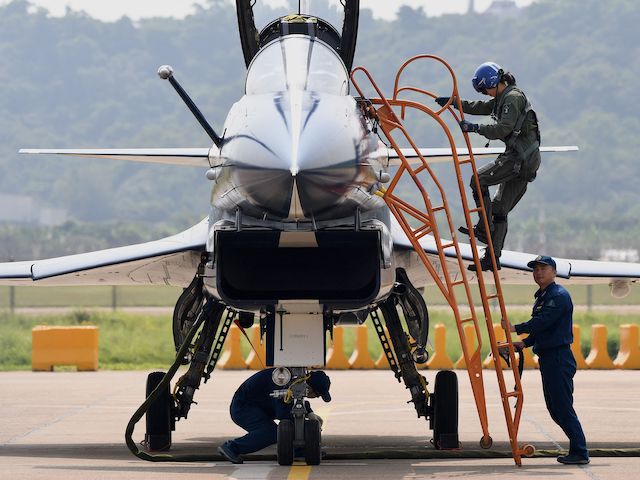 A female pilot exits the cockpit of a Chengdu Aircraft Corporation’s J-10 for the People’s Liberation Army Air Force (PLAAF) after a flight demonstration program at the 13th China International Aviation and Aerospace Exhibition in Zhuhai, in southern China’s Guangdong province on September 28, 2021. (Noel Celis/AFP via Getty Images)