The family of Chinese citizen journalist Zhang Zhan, detained since May 2020 for her reporting from the epicenter of the global coronavirus pandemic in Wuhan, is warning that she is severely underweight from a hunger strike and “may not survive the coming cold winter.”

Zhang, a 38-year-old former lawyer, is one of several citizen journalists arrested by the brutal Chinese government or simply made to “disappear” because they reported on conditions in the city of Wuhan.

Zhang used her mobile phone to show the world the truth of coronavirus patients stacked up in overflowing Wuhan hospitals in February 2020, a time when the Chinese Communist Party (CCP) insisted the outbreak was small and fully under control.

Zhang reported on the harassment of journalists and the families of coronavirus patients who dared to speak out. She was herself intimidated and physically abused by security forces for making her forbidden recordings.

“The government’s way of managing this city has just been intimidation and threats. This is truly the tragedy of this country,” she said in her last video report. 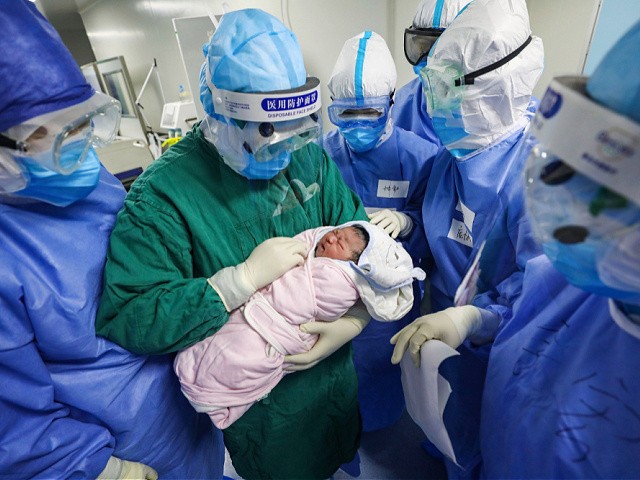 In May 2020, the Chinese government “disappeared” Zhang. After seven months of arbitrary detention, they tried her on the all-purpose charge of “picking quarrels and provoking trouble” and sentenced her to four years in prison in December 2020. She refused to plead guilty, which in China usually means a longer, harsher sentence.

Zhang launched a hunger strike soon after her arrest. She appeared at her closed-door 2020 trial in a wheelchair and was barely able to speak, according to her lawyers. The lawyers also said Zhang’s captors have been force-feeding her through nasal tubes.

Zhang’s mother told Radio Free Asia (RFA) on Tuesday that she wept when she saw how much Zhang’s health had deteriorated during an October 28 video call.

“She can’t walk unassisted now, and her head keeps drooping as she speaks. She will be in huge danger if they don’t release her on medical parole,” Zhang’s mother said.

“Zhan is 177cm tall, now she has less than 40 kg wt. She may not survive the coming cold winter. I hope the world remembers how she used to be,” her brother Zhang Ju said on social media this week.

Zhan is 177cm tall, now she has less than 40kg wt. She may not survive the coming cold winter. I hope the world remember how she used to be. pic.twitter.com/6hJ5AxBH88

“In her heart, it seems there is only God and her beliefs, with no care for anything else,” Ju said.

“Zhang Zhan, who should never have been jailed in the first place, now appears to be at grave risk of dying in prison,” said AI’s Gwen Lee on Thursday. “The Chinese authorities must release her immediately so that she can end her hunger strike and receive the appropriate medical treatment she desperately needs.”

“The Chinese government’s prosecution of Zhang Zhan, simply because she tried to uncover what was happening in Wuhan amid huge government secrecy about the pandemic, is a shameful attack on human rights,” Lee said.

“Pending her release, she must have regular, unrestricted access to her family and lawyers of her choice, and not be subjected further to any ill-treatment. If Zhang Zhan dies in prison, her blood will be on the Chinese government’s hands,” she warned.

AI added that reports Zhang was restrained for force-feeding, and shackled for over three months as punishment for her hunger strike, indicate clear human rights violations.

Journalist Zhang Zhan was jailed for reporting on the early days of the #Covid19 pandemic in Wuhan. Now she is at risk of dying if she is not urgently released to receive medical treatment.

“The Chinese government needs to be held to account for allowing yet another peaceful critic to fall gravely ill while unjustly imprisoned,” HRW’s senior China researcher Yaqiu Wang said. “Governments should call for Zhang Zhan’s urgent release to prevent an already terrible situation from becoming a tragic one.”

“Unjust sentences handed down against activists in China frequently end up being death sentences,” Wang noted.

“I think it would be very meaningful if we could save Zhang Zhan, because she will never give up her hunger strike while she’s in prison. In these very dark times, she won’t try to protect herself, she won’t compromise, and she won’t bow down to power,” Wang Jianhong of the U.S.-based Humanitarian China told RFA. “She has always been that way; she has always wanted to conquer fear.”

A source close to the Zhangs told AFP the family asked for permission to meet with her at the Shanghai prison where she is held, but the Chinese government never responded to the request. The prison did not answer when AFP asked for comment.

“China is a country with rule of law. Anyone who breaks the law must be punished in accordance with the law,” Wang stated.