The Afghan broadcaster Tolo News reported on Tuesday, the 100th day since the Taliban terrorist group took control of the country, that the jihadists had prompted the shutdown of at least 257 media outlets in the country, citing an Afghan NGO.

Taliban jihadist representatives have insisted since their seizure of power in August that the organization would respect the rights of journalists while in power and set up a committee to investigate crimes against journalists shortly after taking over Kabul. Journalists on the ground have reported consistent physical attacks and roadblocks to them doing their jobs since August, however, and the committee has, unsurprisingly, not acted to hold any of the assailants accountable.

The Taliban became the de facto government of Afghanistan in August after launching a terror campaign in April to replace the U.S.-backed government. The campaign ended on August 15 when former Presiden Ashraf Ghani published a pre-recorded video vowing to fight for the country, then fled. Taliban jihadists stormed Kabul and have remained entrenched there since.

The terrorist organization has since insisted that it is the legitimate government of Afghanistan, vowing an “inclusive” administration and demanding the world, including the United States, fund its success. President Joe Biden, whose decision to extend the 20-year Afghan War prompted the Taliban takeover, was reportedly considering a “road map” to recognizing the Taliban as the true government of the country as of this month.

Tolo News, itself a target of Taliban surveillance, cited the Afghan NGO Nai Supporting Open Media in Afghanistan to log over 257 media outlets no longer operational in the country as a result of the Taliban’s return to power.

“NAI, an organization supporting media in Afghanistan, said that since the Islamic Emirate rule, over 257 media outlets have ceased operating in the country due to financial challenges as well as restrictions. This includes print, radio and TV stations,” Tolo observed. “According to NAI, over 70 percent of media workers have become jobless or left the country.”

“Reports show that during these 100 days, six reporters have lost their lives in various incidents including attacks by unknown armed men, explosions, committing suicide and traffic incidents,” the outlet continued. 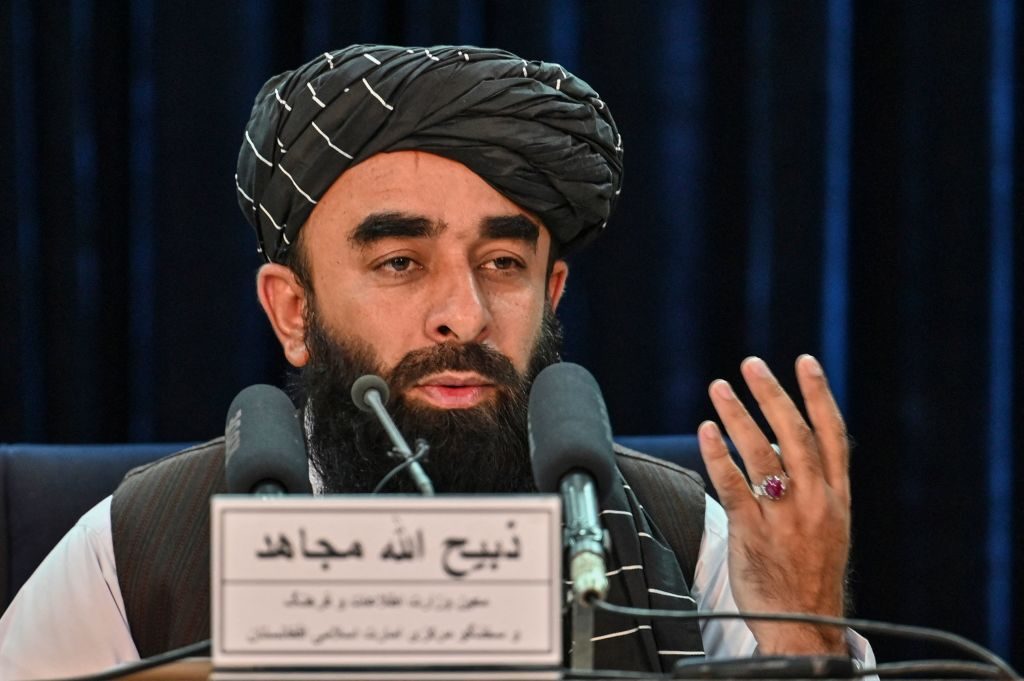 Tolo quoted several Afghan journalists expressing pessimism about the future of their trade in the country under the Taliban terrorist organization.

“Recently access to information have been limited which has caused problems for reporters,” journalist Abdurraqib Fayaz told Tolo. “The recent statement of the Ministry of Virtue and Vice has increased the concerns over restrictions of media activities.”

“The media faces financial problems, and many media workers have lost their jobs,” another journalist identified as Jan Aqa Hakimi said.

The statement Fayaz mentioned is a Taliban decree that, among other limitations, enforces a ban on journalists publishing content deemed un-Islamic. Taliban terrorists decide what falls under that category.

In September, the Taliban’s head of the “Government Media and Information Center,” similarly published a decree of 11 rules that journalists must follow. The first three rules ban content that defies Islamic values, defames “national figures,” and violates the privacy of its subjects. Among the most alarming on the list, however, were a rule that requires journalists to submit all “detailed” content to the Taliban regime before publishing it for approval.

One rule ominously demands “caution” from journalists if considering content that may “have a negative impact on the public’s attitude,” according to Voice of America.

The strict limitations contradict statements made by top Taliban spokesman Zabihullah Mujahid during his first press conference after the fall of Kabul in August.

“Private media can continue to be free and independent, they can continue their activities – with some requests for the media,” Mujahid said at the time. While Mujahid’s “requests” were similar to the list of rules – “nothing should be against Islamic values;” “media should not work against these national values” – the use of the term “request” suggested minimal enforcement.

Women in journalism were the first to face persecution. Less than a week into the Taliban rule, Radio Television Afghanistan (RTA) anchor Shabnam Khan Dawran revealed that Taliban terrorists would not let her into her own office building.

“I wanted to return to work, but unfortunately they did not allow me to work. They told me that the regime has changed and you cannot work,” Dawran narrated at the time, according to her former employer Tolo.

“There has been a change in the programs, they broadcast their desired programs, there are no female presenters and female journalists,” a journalist identified only as “Khadija” told Tolo News. 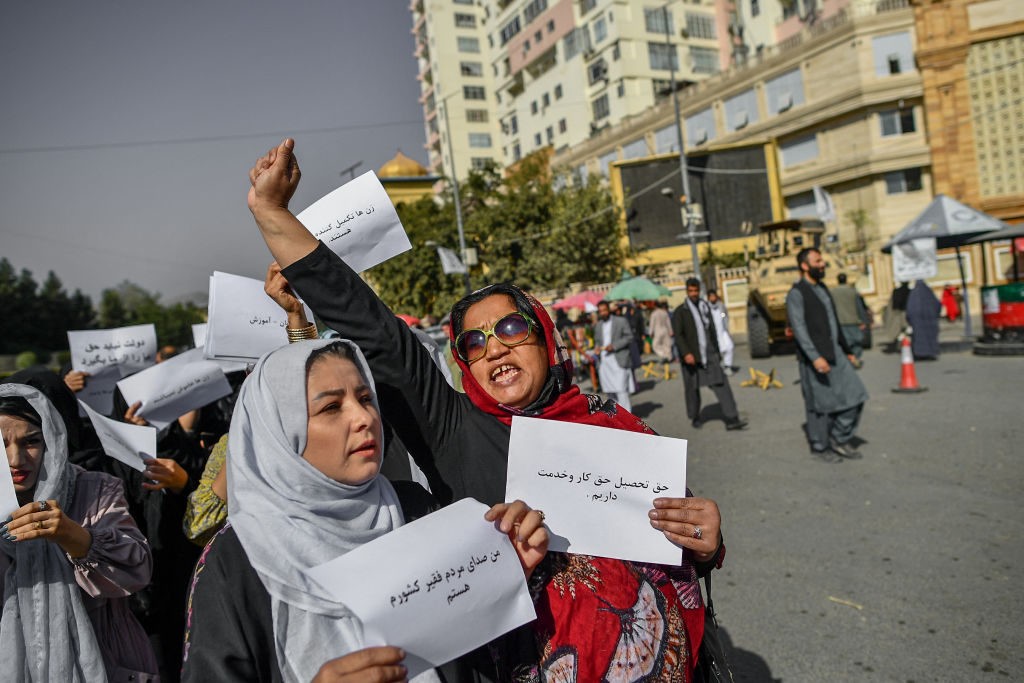 “The Taliban have raided the homes of at least three DW journalists, Nematullah Hemat of the private television station Ghargasht TV is believed to have been kidnapped by the Taliban,” Deutsche Welle revealed in August, “and Toofan Omar, the head of the private radio station Paktia Ghag Radio, was, according to government officials, targeted and shot dead by Taliban fighters.”

In September, Taliban jihadists viciously assaulted two journalists with the Afghan newspaper Etilaat Roz for attempting to cover a protest against the new regime.

“One of the Taliban put his foot on my head, crushed my face against the concrete. They kicked me in the head… I thought they were going to kill me,” photographer Nematullah Naqdi said of his experience.

“They told me ‘You cannot film’,” he recalled. “They arrested all those who were filming and took their phones.”
More recently, the Committee to Protect Journalists (CPJ) denounced the shooting of known Afghan journalists by “unidentified gunmen,” which the Taliban has done nothing to address. CPJ also confirmed another incident in which Taliban jihadists engaged in the gang beating of a third journalist.

“The Taliban’s stated commitment to press freedom has been crumbling since the group took power, and any remaining credibility will hinge on whether it thoroughly investigates the violent attacks on journalists Abdul Khaliq Hussaini and Alireza Sharifi and brings those responsible to justice,” Steven Butler, CPJ’s Asia program coordinator, said this month. “The Taliban leadership must also investigate its members’ attack on journalist Zahidullah Husainkhil, and ensure that those who unjustly beat and detained him are held accountable.”