Japan’s government on Monday announced a month-long ban on all foreign travelers entering the country beginning Tuesday in an effort to prevent a new strain of coronavirus known as Omicron from invading Japan.

“This is a preventative, emergency measure to avoid a worst-case scenario,” Japanese Prime Minister Kishida Fumio told reporters at a press conference on November 29.

The travel restriction applies to all new entries to Japan “including foreign exchange students, interns and those traveling for business — from every country in the world,” according to the Japan Times.

“The entry ban will not affect Japanese nationals or foreign residents returning to the country,” the newspaper detailed, adding, “those returning from designated countries where the variant has been reported will need to isolate at a government-designated facility for three to 10 days.”

Prime Minister Kishida said Monday his administration chose to seal off Japan’s borders to the outside world as a “temporary measure until information about the Omicron variant becomes clear.”

“When dealing with an unknown risk, it’s best to take every precaution,” he added.

The World Health Organization (W.H.O.) declared Omicron a “variant of concern” on November 26 after it was first detected in southern Africa in recent days.

“This decision was based on the evidence … that Omicron has several mutations that may have an impact on how it behaves, for example, on how easily it spreads or the severity of illness it causes,” the U.N.’s public health agency wrote in a notice posted by its website November 28.

The W.H.O. said more testing is necessary to understand with certainty if Omicron is more contagious or causes more severe illness than existing variants of “Covid-19,” the name of the disease caused by a type of coronavirus known as SARS-CoV-2. “Covid-19” is also known as the Chinese coronavirus. 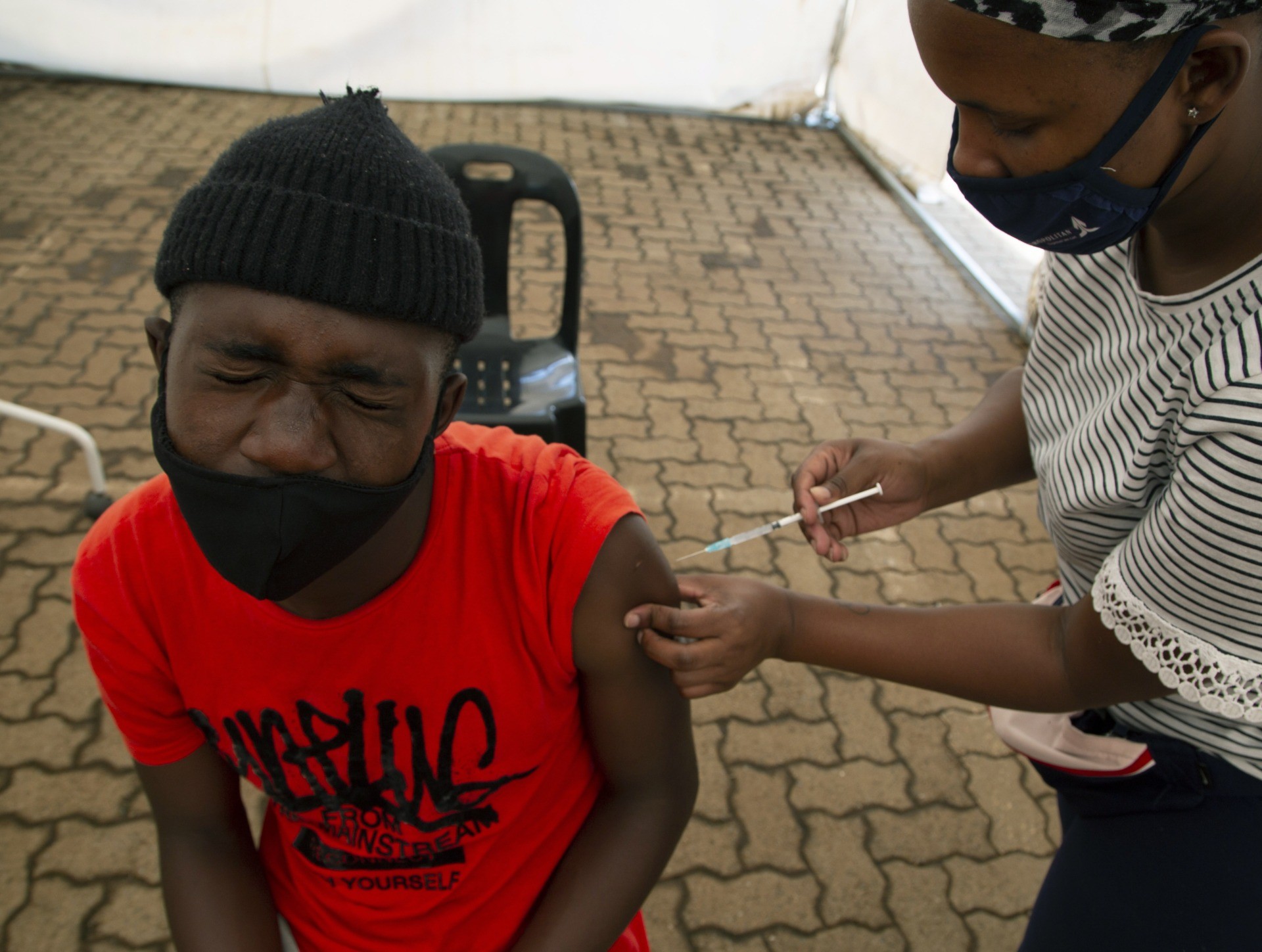 A man receives a dose of a vaccine at a COVID-19 vaccine centre, in Soweto, Monday, Nov. 29, 2021. The World Health Organization has urged countries not to impose flight bans on southern African nations due to concerns over the new omicron variant. (AP Photo/Denis Farrell)

Japan’s government on Monday said its entry restrictions will increase for Japanese citizens and foreign residents returning home from 14 countries where Omicron has been detected so far. Those nations include Botswana, Eswatini, Lesotho, Namibia, South Africa, Zimbabwe, Mozambique, Malawi, Zambia, and Angola.

Starting November 30, any Japanese citizen or foreign resident returning from the above African countries “will be required to spend 10 days at a government-designated facility and four more at a location of their choice,” according to the Japan Times.

“Starting Wednesday [December 1], Japan will also lower its daily limit for the number of people arriving from 5,000 back down to 3,500,” Kyodo News reported on November 29.

Tokyo’s decision to shut down international travel to Japan on Monday comes less than one month after the naturally-isolated island nation began easing coronavirus travel restrictions for the country in response to a decrease in new daily cases of the virus.

“Effective Nov. 8, new entries were allowed [into Japan] for the first time in nearly a year provided they quarantine for 14 days, or for 10 days if they were fully vaccinated,” the Japan Times recalled.