Basketball legend Yao Ming made a media appearance on Monday to promote the 2022 Beijing Winter Olympics in which he invited anti-communist player Enes Kanter Freedom to visit China and defended the country’s treatment of tennis champion Peng Shuai.

Yao is arguably the most popular and successful Chinese player in National Basketball Association (NBA) history, whose record with the Houston Rockets was largely responsible for popularizing the sport in China. He currently serves as the head of the Chinese Basketball Association (CBA), the country’s equivalent league, and often engages in operations to promote the Communist Party’s agenda.

Yao attended an event on Monday held by the “China Public Diplomacy Association,” according to the government-run propaganda newspaper Global Times. At the event, Yao expressed excitement for the Winter Olympics and rejected calls for boycotting the event on the grounds that China is currently engaging in genocide.

“Basketball star Yao Ming says he’s looking forward to an exceptional Winter Olympics. He was part of Beijing’s bidding team,” another state-run outlet, CGTN, reported. “And at an afternoon tea event with media outlets, he emphasized that Beijing 2022 should be regarded as a sporting event, not to be politicized.”

Yao addressed political conflicts in sports directly, describing sports generally as “a bridge for cultural exchanges” on which there are sometimes “collisions.” 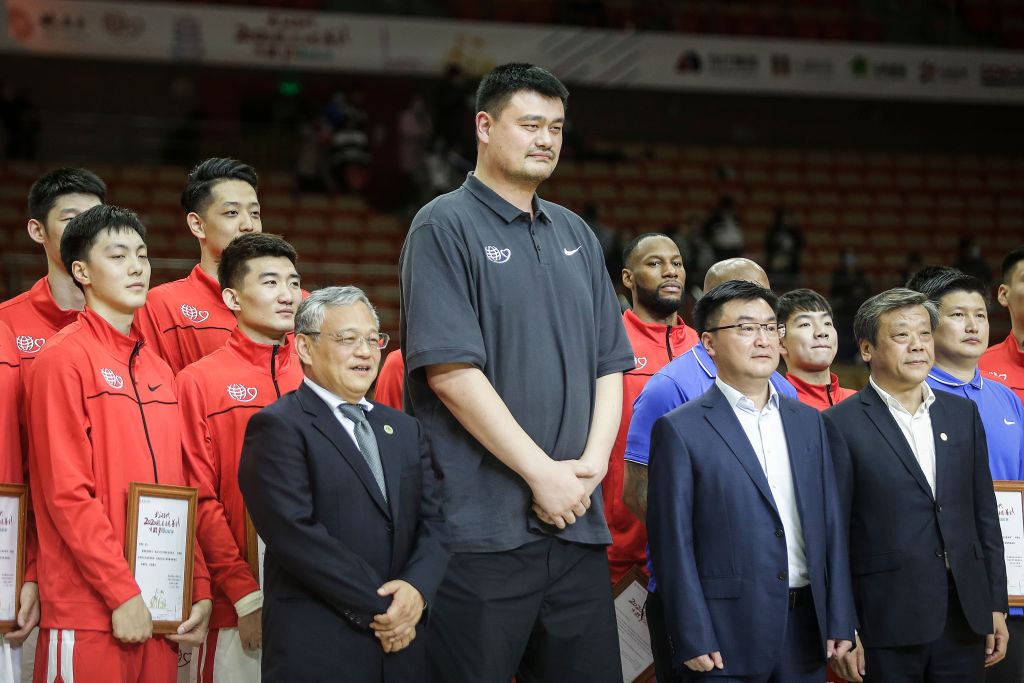 “People have the right to make their opinions heard, but they must be responsible for what they say,” Yao reportedly warned.

Reports from the event suggest that Yao did not criticize Kanter Freedom, who has become the most vocal opponent of Chinese communism in the NBA, but urged him to visit China under the auspices of the communist government.

“I’m not in a position to comment … but If there’s an opportunity, I hope he could come to China, with me and other basketball fans as his guide,” Yao said of Kanter Freedom. “Seeing China for himself may help them know China in a more comprehensive way.”

Kanter Freedom is a Turkish-American player who has been among the most politically vocal in the league for years. A supporter of Turkish cleric Fethullah Gülen, Kanter Freedom has experienced extreme persecution at the hands of Islamist Turkish President Recep Tayyip Erdogan, who considers Gülen supporters “terrorists” and has arrested thousands on dubious grounds of supporting a terrorist organization. Erdogan blames Gülen for the alleged 2016 failed coup against him, though he has offered no public evidence tying Gülen to the event.

Last year, Kanter Freedom turned his criticism of dictatorships to China, launching at campaign at the beginning of the NBA season calling for the defense of the human rights of China’s oppressed. Kanter Freedom debuted shoes specially designed to honor Tibetans, Hongkongers, Uyghurs, and others facing genocidal state repression in China. Kanter Freedom has also called for a full international boycott of the 2022 Beijing Winter Olympics on the grounds that China is guilty of, among other human rights crimes, genocide.

The International @Olympics Committee is in bed with the Chinese Government. They are complicit and echo the Cultish Chinese Communist Party’s propaganda.#NoBeijing2022 pic.twitter.com/DLkTN08aPT

Chinese state propaganda outlets have largely ignored Kanter Freedom. Chinese streamers have, however, blocked NBA games featuring Kanter Freedom’s team, the Boston Celtics. Coverage of Yao’s remarks is some of the most comprehensive coverage of Kanter Freedom’s stance against communism available in the Global Times.

Treatment of Kanter Freedom stands in significant contrast to that of Daryl Morey, who in 2019 was the general manager of Yao’s former Rockets. Morey published a post on Twitter in support of anti-communist protests in Hong Kong, launching a tidal wave of Communist Party ire and resulting in losses totaling in the “hundreds of millions” of dollars for the NBA, according to Commissioner Adam Silver. In addition to blocking Celtics Games, Chinese citizens cannot legally watch games featuring the Philadelphia 76ers because Morey now works there.

The CBA, let by Yao, cut ties to the Rockets at the time following the Morey tweet.

At the event on Monday, Yao addressed another Chinese human rights scandal in sports: the case of Peng Shuai.

Peng is a Wimbledon doubles champion who went missing in November after publishing a post on Weibo, a Chinese government-censored social media outlet, accusing a former head of the Chinese Olympics commission of raping her. Peng wrote that she engaged in a consensual affair with the married Zhang Gaoli after the alleged rape.

“Why did you come and look for me again, take me to your house, and force me into sex?” Peng wrote. Her exact words are important because she later denied that she had ever accused Zhang, or anyone, of any form of sexual assault.

Chinese censors rapidly deleted Peng’s post and Peng disappeared from the public eye for weeks. Peng resurfaced briefly in orchestrated videos spread through Chinese government media, but has yet to make a free appearance confirming that the Chinese government had not oppressed her. She has since retracted her accusation and again disappeared from the public eye.

Yao claimed that he had met with Peng recently for Olympics promotion events and that she was happy and healthy. 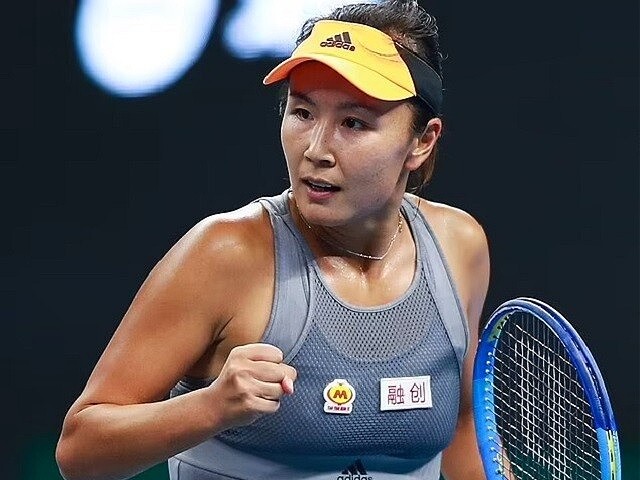 Peng Shuai of China reacts during the Women’s Singles first round match against Daria Kasatkina of Russia during the 2019 China Open at the China National Tennis Center on September 28, 2019 in Beijing, China. (Lintao Zhang/Getty Images)

“We had a pleasant chat. We asked many questions about the game, as we were not familiar with snow sports,” Yao said, asserting that Peng was “fine” at the time – but the encounter occurred about a month ago.

Yao claimed he had known Peng for 20 years as they were both successful athletes from southern China.